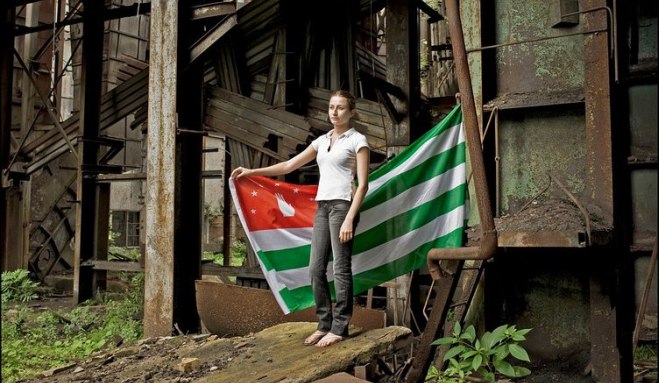 There are solutions to the Georgian-Abkhaz stalemate...at least on paper. No need to worry! Some brilliant pundits, both Western and Caucasian, are drafting concepts, procedures and possible strategies to force some breakthroughs into this too-long frozen conflict. There is firstly the diplomatic and subtle idea of “Engagement without Recognition” of Alexander Cooley and Lincoln Mitchell (Washington Quaterly, October 2010), quite clear by itself. More recently, it is worth mentioning the remarkable and well-reasoned piece “Transformation of the Georgian-Abkhaz conflict: rethinking paradigm” by Archil Gegeshidze and Ivlian Haindrava. The authors argue that “in the medium term there are doubts regarding the sustainability of [current] Tbilisi’s policy to isolate Abkhazia”. They consider that to keep Abkhazia related somehow to Georgia, Tbilisi’s authorities should better acknowledge that they have more to gain in supporting the “Engagement without Recognition” path. The rational is: let’s support Abkhazia’s opening to Europe (and maybe also the US) as well as towards Georgia.

Unfortunately, on the ground, there is absolutely no progress to notice. The European Union (EU) is kept busy by its own survival, pouring money into Greece, worrying about Spain and thinking on the soundness of its non-economic but monetary choices. Abkhazia and Georgia are very far from its immediate and even middle concerns. Hence the EU is supporting anything that fits more or less with its general principles. European representatives in Georgia have thus shown interests into the “Engagement without Recognition” proposal. But in the same time, officials in Brussels keep asserting the inviolability of Georgia’s territorial integrity and Catherine Ashton, Head of EU Foreign Policy, welcomes the Georgian “Strategy on Occupied Territories”, precisely instigating isolation of Abkhazia. Of course, this lack of coherence or very distant approach by the EU does not entail Abkhaz negotiators and representatives to a calm and constructive work with Brussels. Those are losing hopes and expectations. As for Georgia, it is hard to imagine any reversal in the near future. Archil Gegeshidze himself has confirmed to the author that in Georgian ministries, his recommendations are still widely ignored.

What is left for Abkhazia? Only time to deepen their independence and state-building! Time is on their side, considering EU disinterest and Georgian unwinnable strategy. Some analysts would therefore draw attention on the risk that Abkhazia could be absorbed by Russia, or too tightly related to it that Abkhaz independence would mean nothing, as a post-imperial domination i.e. without formal control. It may be, but all Abkhaz political elite seem very aware of that issue. On the eve of the presidential election, all the three candidates agree the republic's most pressing problems are striking the optimum balance in relations with Russia, and economic development.

And there is Turkey! The Turkish option is for Abkhazia the last alternative to Russia. It is true that Turkish authorities do not appear really willing, for the moment, to engage with Abkhazia. Here also, time is on Abkhaz side. Sooner or later, Ankara will accept to open direct air and sea lines to Sukhum. Moscow anyway will not oppose. It is said in Istanbul, that Turkish authorities are only waiting for Russia to do it first. The Turkish perspective could prove to be very relevant for Georgia as well. Without the EU, the US or anyone else, Georgia could deal with Turkey regarding a possible new and effective policy of de-isolation of Abkhazia. Let’s hope however that Turkey will soon take its responsibility as a self-proclaimed “regional power”. Abkhaz are waiting, Georgians also should do. Europeans are out.