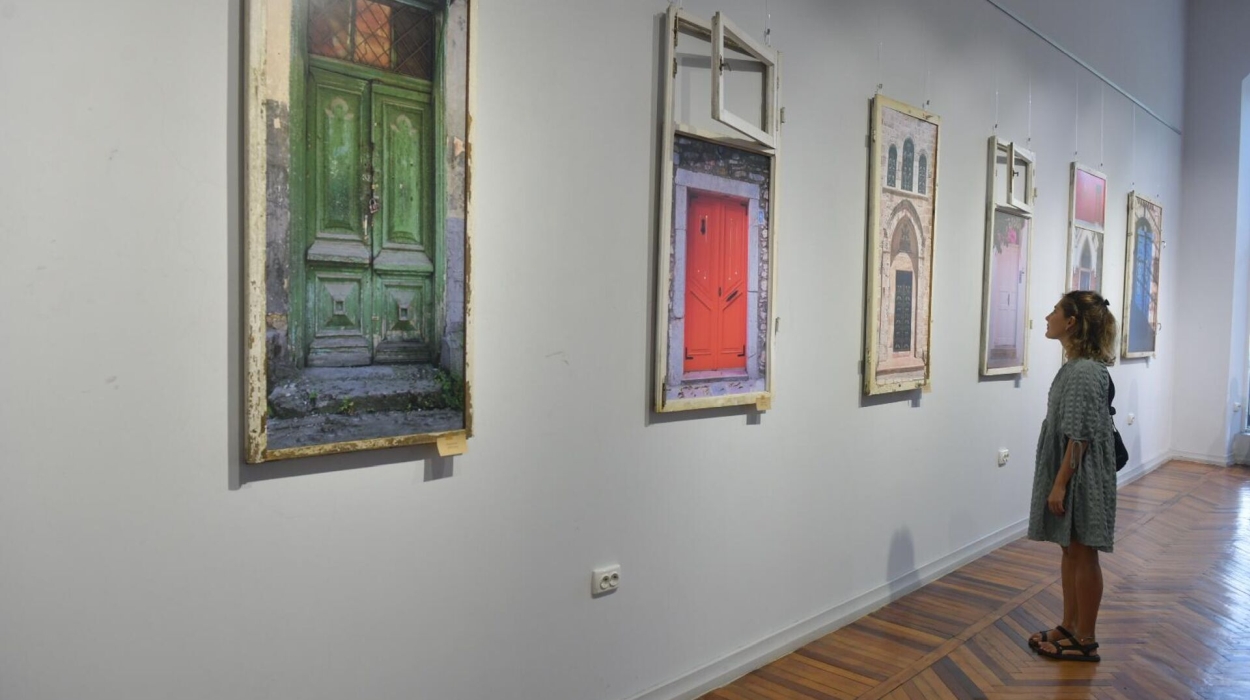 The exhibition will run until 21 October at the Central Exhibition Hall of Abkhazia.

There were two halls in the Central Exhibition Hall of Abkhazia, one of them hosted an exposition called "Integration", which exhibited photographs, installations and ceramics of two artists from Kabardino-Balkaria Elina Karaeva and Milana Khatsukova. And in another hall, 15 Abkhazian artists presented their works dedicated to war and peace. 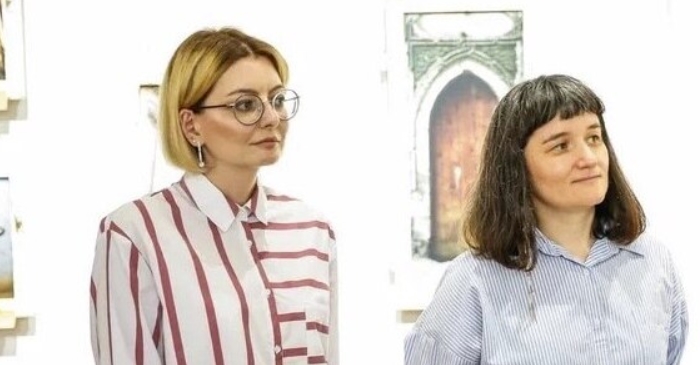 "Integration" opened with authentic Circassian music by Bashir Khatsuk. Director of the Central Exhibition Hall, curator and art critic Elvira Arsalia spoke about the long-standing creative ties between the artists of Kabardino-Balkaria and Abkhazia, the creative exchange between which has become a tradition:

“In the spirit of such a constant friendly and spiritual exchange, interesting young artists arrived - Elina Karaeva, a photographer, and Milana Khatsukova, who presented ceramics and installations. As the authors themselves presented the exhibition, it is an unusual look at familiar things, a search for identity and an answer to the question of how to preserve the elusive aesthetics of the old time. Here, Elina Karaeva takes shots of doors all over the world; she photographs them. There are doors in Sukhum, Baku, London, Moscow, St. Petersburg, Nalchik. Through these doors, she reveals the past, present, future. Milana Khatsukova’s ceramics are very interesting, in my opinion, she quite consciously moves away from the utilitarian function of arts and crafts and gives them the greater sound of an art object, an installation.” 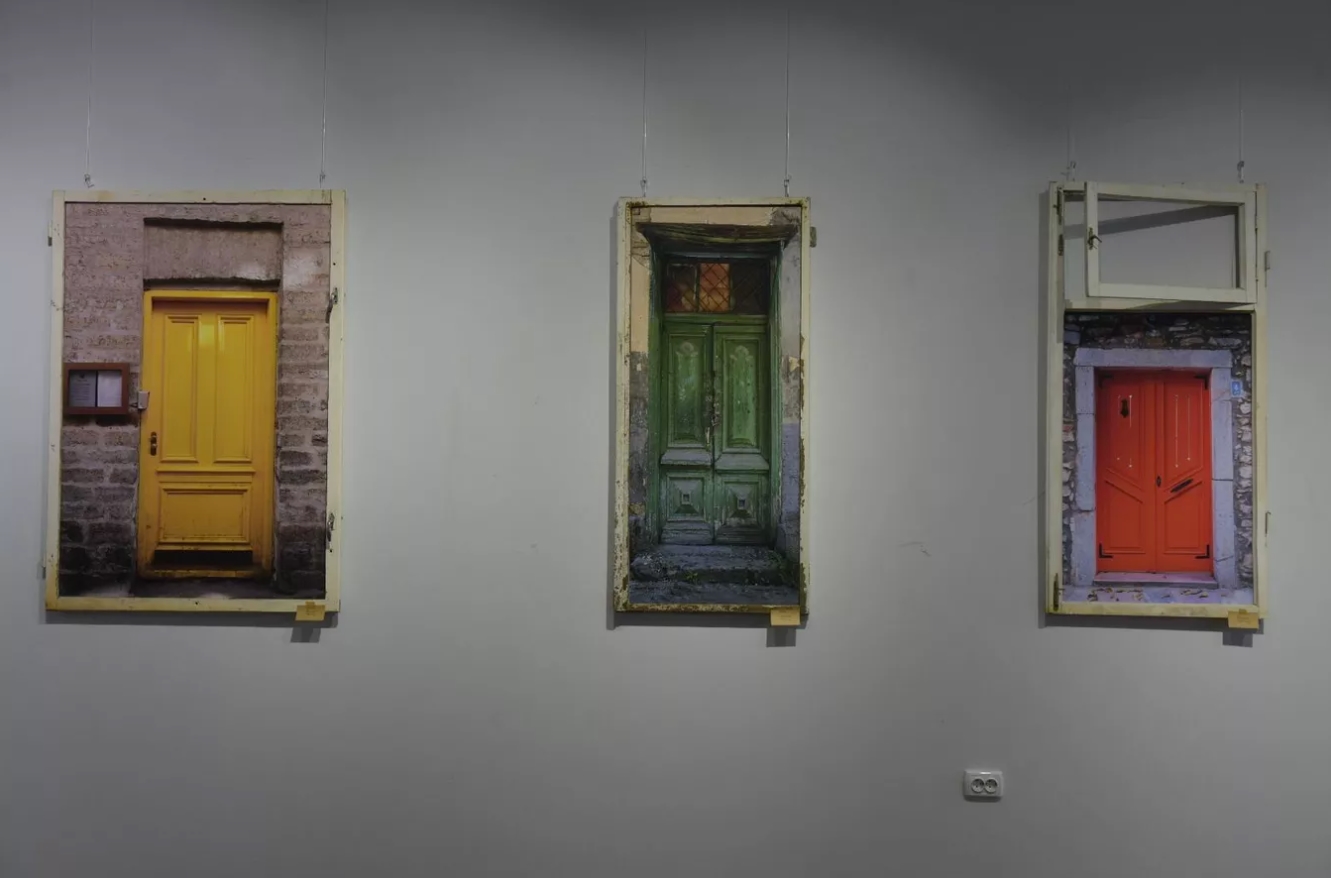 Artists from Kabardino-Balkaria held master-classes for students of the art school and the faculty of fine arts of the Abkhazian State University:

“Here, Elina had such a very interesting master-class, called “Photo Walk”. Elina walked around the exhibition with the students, talking about her project, how she is looking for texture, a new object, and develops the topics of her research. Then they went out together and walked along the streets of Sukhum, and she showed how she was looking for an object for her work along the usual city-routes, such a creative laboratory on the go. Milana had a master-class, showing how objects such as an ordinary mug, an ordinary glass can be rethought; it can be some kind of interesting object, it can have new functions. The was such an interesting warm-up. The students got involved, and they had good feedback from the actual artist.” 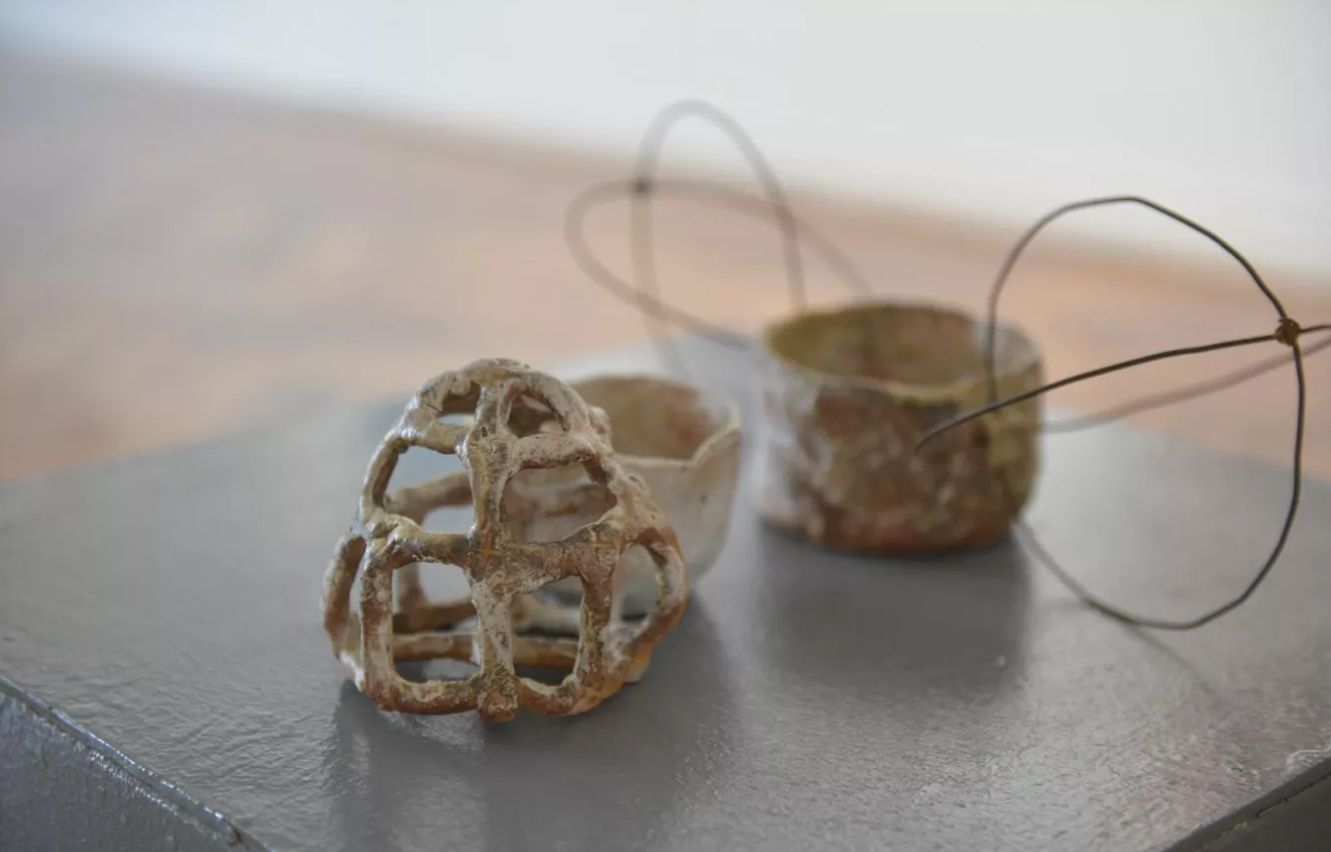 The autumn-exhibition opened on 27 September on the eve of Victory Day; according to Elvira Arsalia, the two exhibitions successfully were combined in the Exhibition Hall, thereby creating a kind of arch:

“It seemed to us artists that the arch was so interesting that in one space there were artists from Kabardino-Balkaria, whilst in the other there were Abkhazian artists. For a week, these two halls communicated, and they worked very well. The exhibition of Abkhazian artists is not only narrowly thematic, in my opinion, it can be described as ‘war and peace in the art of Abkhazian artists’. We can see thematic works, and landscapes, and still lifes. And I want to draw your attention to the fact that the works that are presented at the exhibition are mostly presented by their creators for the first time; so this is a good opportunity to see new works. It is interesting to observe that such is the historical memory – war, victory are rethought in the work not only by adult artists who were caught up in the war and were its participants, but we also see the work of young artists.”

The artists from Kabardino-Balkaria have left Abkhazia, and the autumn-exhibition will run until 21 October.