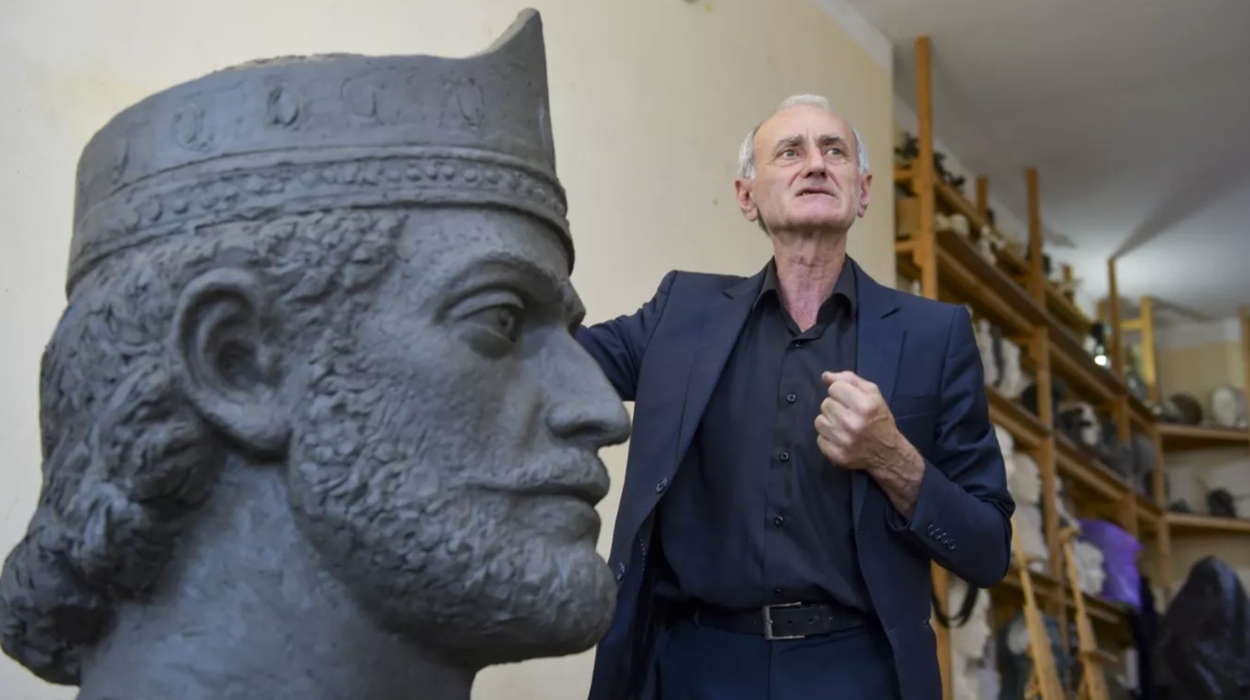 Amiran Adleiba and his sculpture of King Leon.

SUKHUM / AQW'A -- An anniversary-exhibition of the famous Abkhazian sculptor Amiran Adleiba has opened in the Central Exhibition Hall, where the works of different years mark the stages along the artist's creative path.

The personal exhibition is multifaceted – it presents monumental works and small sculptural forms, drawings and paintings, executed both in an academic and in a modernist manner. 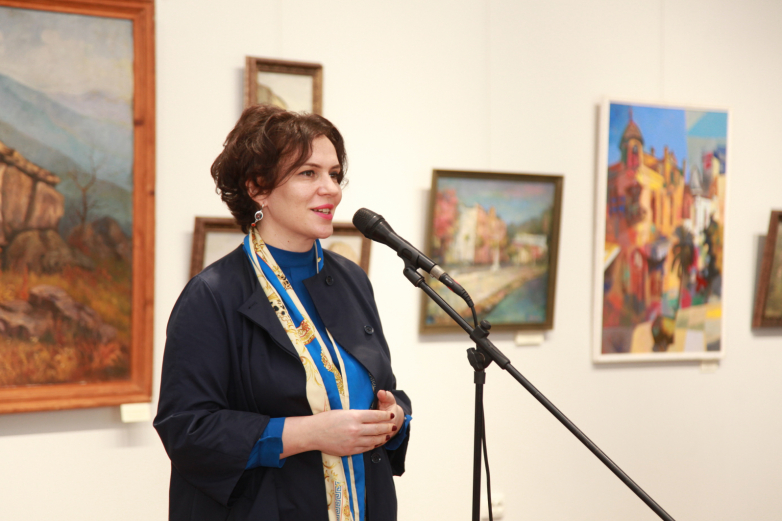 Director of the Central Exhibition Hall, artist, curator and art-historian Elvira Arsalia spoke about the exposition:

“In general, this year for Amiran Sardionovich (Adleiba), of course, is significant, because, on the one hand, this is an anniversary year, it has a round date, and, on the other hand, this year he was awarded the lofty title of People's Artist. And bringing it to a conclusion is such a personal exhibition, which gives not only a modern slice - works of very recent years – but also the opportunity to see the work that was done immediately after his period of study (after the Academy of Arts), to see the work of the 1980s. In my opinion, Amiran's work shows very well how history and some important events in society are reflected in his artistic consciousness, because here we see a series of paintings dedicated to the makhadzhiristvo[sc. the Great Exile of the majority of Abkhazians to Ottoman lands in the 2nd half of the 19th century], in sculpture we see works dedicated to the Patriotic War of the people of Abkhazia [sc. the war against Georgia 1992-93]..." 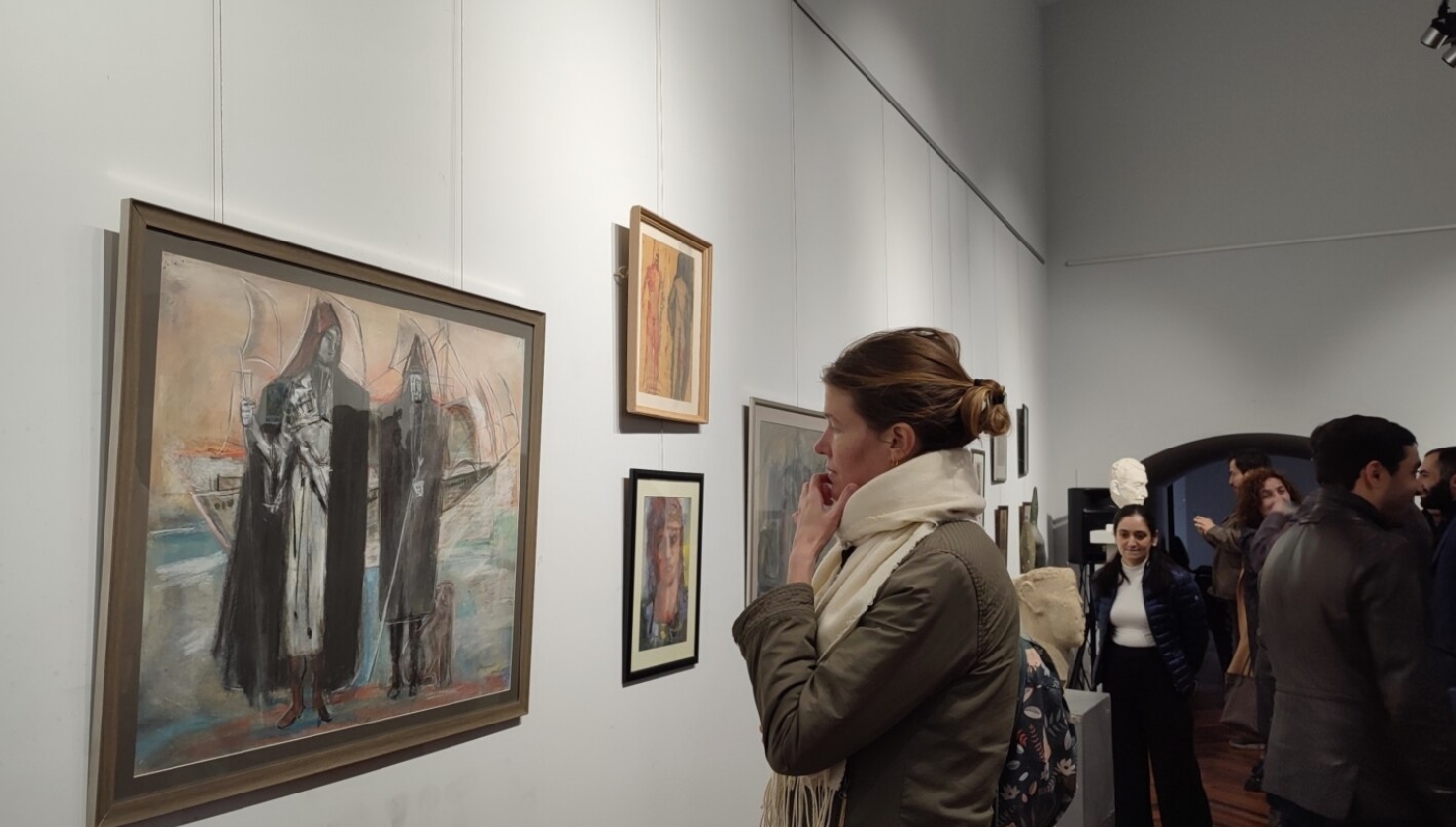 According to Elvira Arsalia, the main works of Amiran Adleiba are the monumental sculptures installed in many squares of Sukhum:

“His main works are outside this hall: there is a sculptural work dedicated to the memory of fallen soldiers, installed in Glory Park. Also on one of the main streets, namely Leon Street, there stands the beautiful monument to the first professional artist, the Abkhazian Alexander Shervashidze, as well as other monuments, for in this hall another part of the sculptor's work can be seen every day, and that's wonderful! The reason why this exhibition is great is that it presents different aspects of his work, and it seems to me that for our viewers and visitors, another discovery is that his paintings, which have occasionally appeared at different exhibitions, today represent a very significant part of the exhibition." 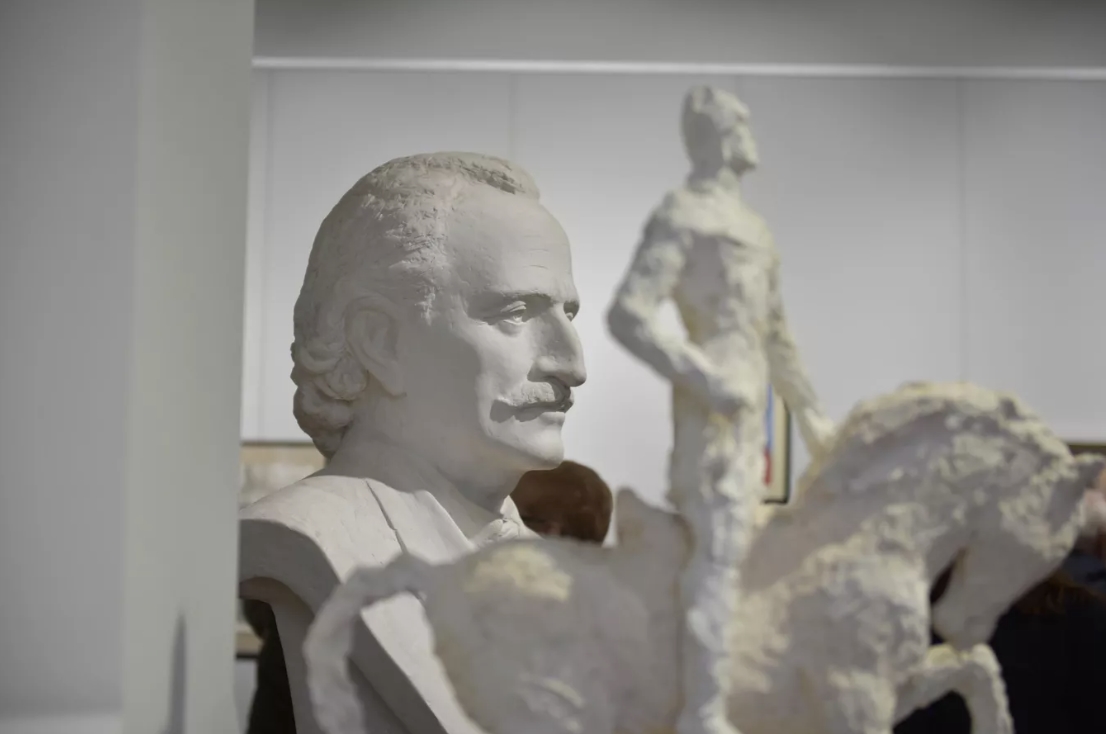 It will be possible to see the exhibition and become acquainted with the work of the sculptor until 19 November. 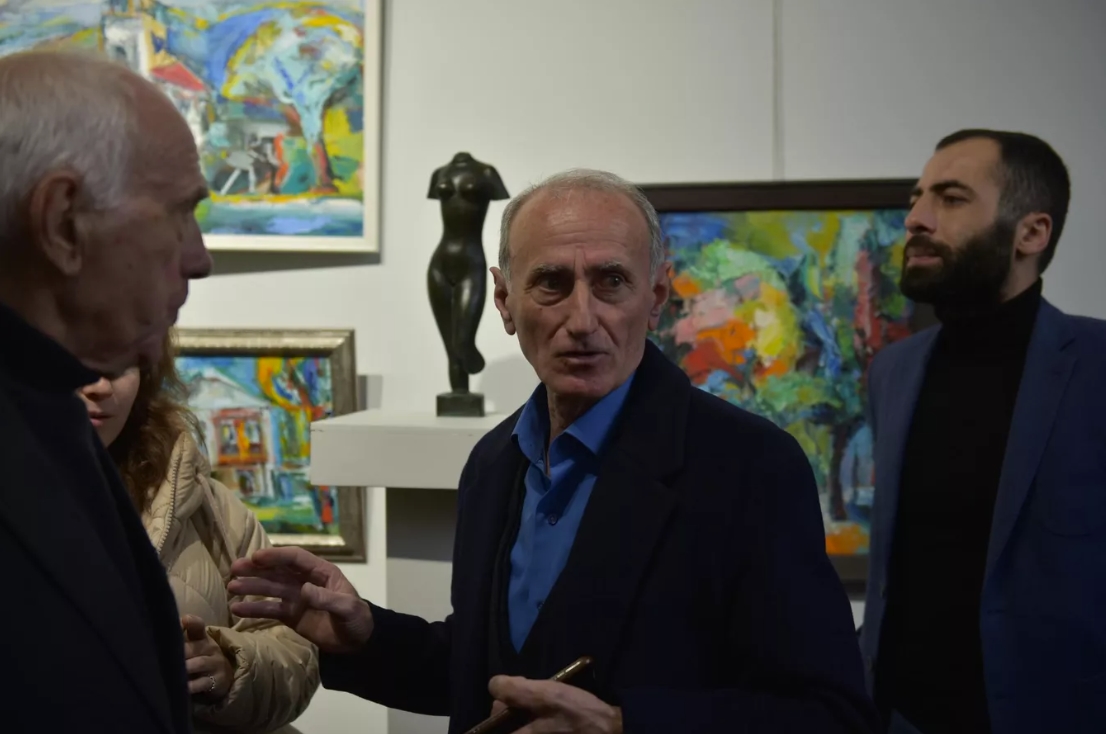 Amiran Adleiba was born in 1952 in the village of Chlou (Ochamchira Region of Abkhazia). He graduated from the Sukhum Art College, the Sukhum State Pedagogical Institute (today’s Abkhazia State University). After serving in the army, he entered the Tbilisi State Academy of Arts and graduated from it. He is a Member of the Union of Artists of Abkhazia and the Union of Artists of the USSR, Director of the Sukhum Art School, Laureate of the Dmitri Gulia State Prize for the monument to the famous Abkhazian artist Alexander Chachba-Shervashidze, People's Artist of the Republic of Abkhazia. A number of personal exhibitions for the sculptor have been held in different years in the North Caucasus, Sochi, Istanbul, Moscow and Italy.