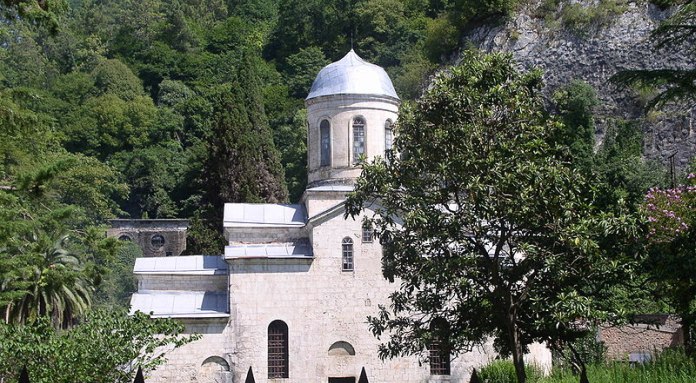 A unique relic - a medallion with a particle of the mortal remains of St. Simon the Zealot, one of the 12 disciples of the Lord Jesus Christ -- was presented on December 29, 2013 as a gift to the monastery of Novy Afon, according to the Holy Metropolis of Abkhazia.

The benefactor who presented the sacred relic and who wishes to remain anonymous said that the relic of St. Simon the Zealot, and many other relics of the Orthodox Church, had been taken to the West and kept in the territory of a German Catholic monastery. It has also been inspected and certified as genuine, confirmed by documents bearing the seals of the local bishop. 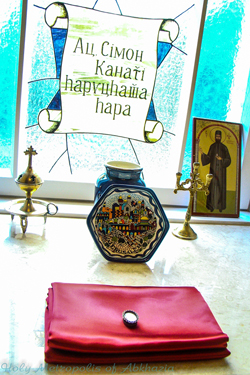 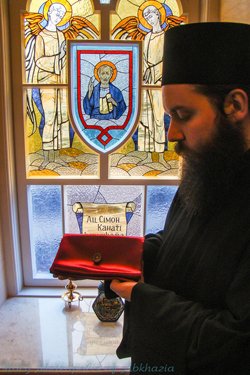 A silver capsule from the XIX century with relics of the Illuminator of Abkhazia, the holy apostle Simon the Zealot, was handed over to the vicar of the sacred abode, ab David (Sarsaniya). According to Vicar, the relic will be exhibited to all believers for veneration on May 23, the feast day of the Apostle.

According to church tradition, the Apostle Simon the Zealot preached the gospel of Christ in Judea, Egypt, Abkhazia and Libya. It is possible that he also preached with the Apostle Judas Thaddaeus in Persia. There is also information that the Apostle Simon visited Britain.

According to legend, the apostle died a martyr on the Black Sea coast of the Caucasus – he was sawn in half with a saw. The grotto and church of the saint in the town of Novy Afon (Anakopiya) have long been revered by pilgrims from all over the Christian world.