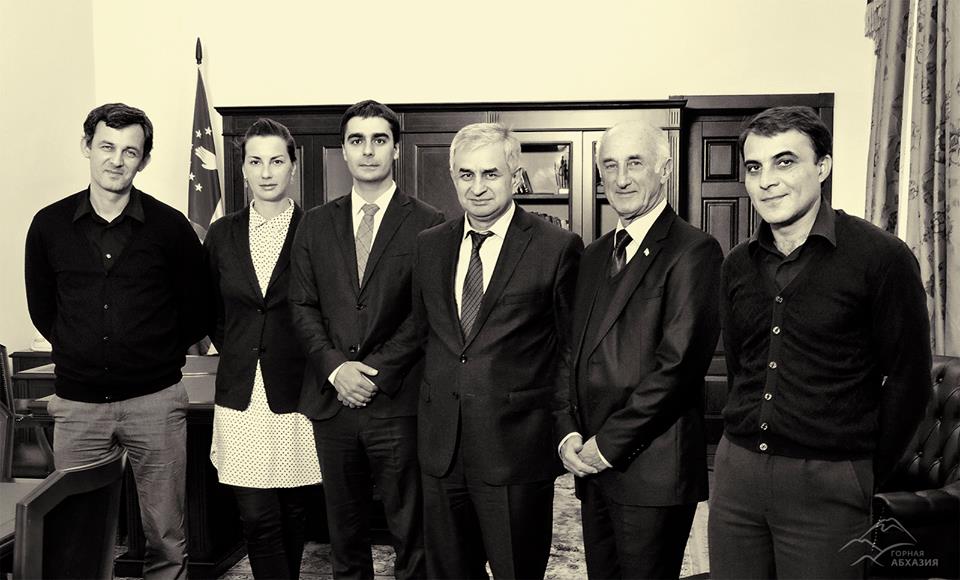 SUKHUM -- The President has held a meeting with participants in the ‘Mountain Abkhazia. Seasons’ project.

He stressed the importance of the project in attracting other countries’ interest to Abkhazia and appreciated its contribution to the development of relationship between Abkhazia and the world.

The President expressed hope that the project would gain development, including, with the aid from the Abkhazian government. 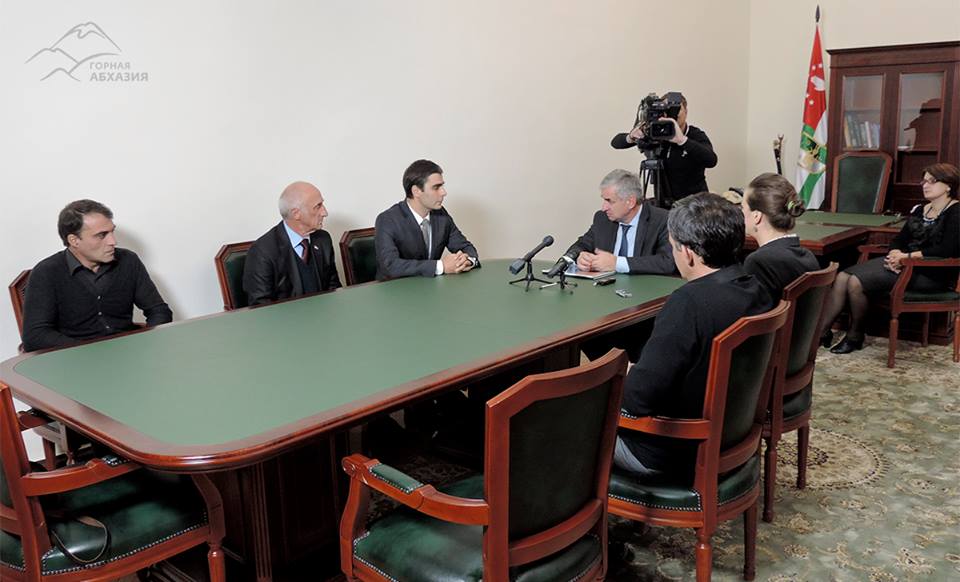 The meeting was attended by Tengiz Tarba (project’s author); Alkhas Dzhindzholia (doctor of the expedition); Veils Smyr (rescuer, EMERCOM representative) and a representative of the Russian side – cameraman Maria Dyageleva.

The project’s author Tengiz Tarba told an Apsnypress reporter that the team consisted of 11 people, and half of it were representatives of the Russian Federation.