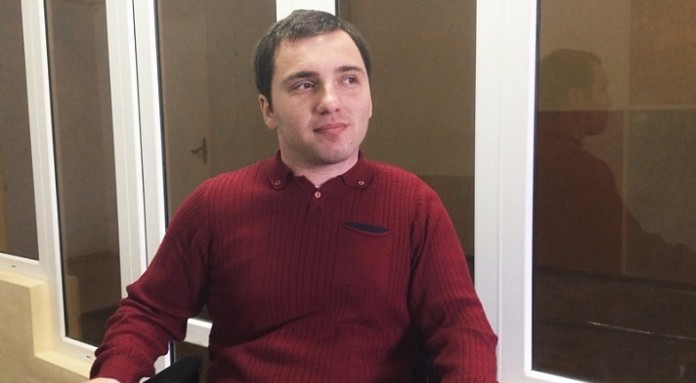 International Day for the rights of disabled is intended to draw attention to the problems associated with protection of the rights of people with disabilities and their right to employment, available infrastructure and education.

SUKHUM -- Story of the beginning of this date took on May 5, 1992. On this day, people with disabilities from around at the same time held the first Europe-wide day of the struggle for equal rights and against discrimination of people with physical, mental or sensory disabilities.

Association "Inva-Promotion" - one of the public organization dealing with disabled people in Abkhazia. The main objective of the AIS - the inclusion of people with disabilities into society through the establishment of a regime of equal opportunities. AIS attaches great importance to the activity of disabled in defending their rights. The motto of the association - "Nothing for us without our participation".

One of the active members of the Association Timur Chanba - student of the Faculty of Psycology, entrepreneur (in 2013 opened the company for real estate and services), the moderator of one of the news sites. Timur adheres to an active position in life and tries to achieve everything himself. After a spinal injury received in 2001, when he was 11 years old, Timur moved with the help of a wheelchair.

Timur said he chose the specialty - "Psychology", in order to better understand himself, but then became interested in the profession and in the future wants to work on a specialty. He also plans to organize a support group for people with disabilities. Even today, he communicates and supports people with disabilities, calling not to lose heart and not to be ashamed of their problems.

"Many people are embarrassed of their situation and try not to go out. But it is not a good idea to become an unsociable, if you wish, you can achieve a lot", - said Timur.

Together with the coordinator of AIS Alkhas Thagushev they are concerned with the creation of an accessible environment for disabled people in the capital. For example, their statements which they sent to the architectural management to deal with the repair of public buildings and streets.

"All the sidewalks in the town are equipped with ramps thanks to our statements. This is what we have achieved", - said Timur. He noted an improvement in the availability of environment for people with disabilities in Sukhum, but recalled the importance of the construction of auxiliary facilities, observing the necessary standards as some places are equipped with ramps, still remain inaccessible to people in wheelchairs because of too steep slope or lack of handrails.

"For example, the Russian theater provides a ramp, but it is too steep and it is impossible to climb without assistance", - he stressed.