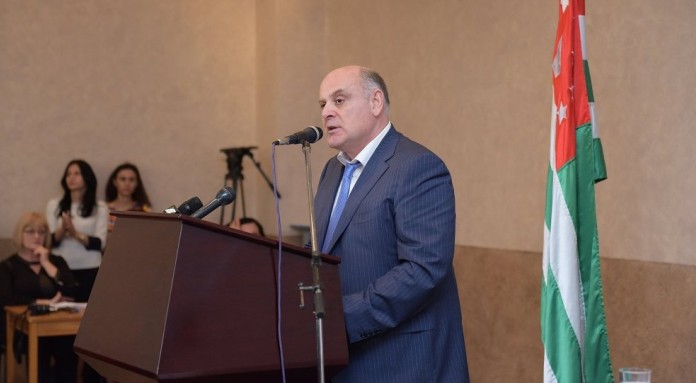 SUKHUM -- Another congress of the political party "Amtsakhara" was held in Sukhum. According to co-chairman Garik Samanba, "this forum was preceded by regional conferences of branches of the party, which urgently discussed the situation in the post-election period of the country".

Opening the congress, Garik Samanba said: "The Party" Amtsakhara "today is the only opposition force in Abkhazia. That's why we put serious strategic questions for the performance of statutory tasks, for the elections to local authorities, which will take place in 2016 and parliamentary elections in 2017 ". In addition, he stressed that "the party will be reorganized, and it should be painless", also he said: "The main objective of any political party is the struggle for power. And our party is not an exception. We will achieve it by constitutional means".

At the end , was adopted a resolution which states that "Congress of PP "Amtsakhara " decided to participate in the elections at all levels of power".