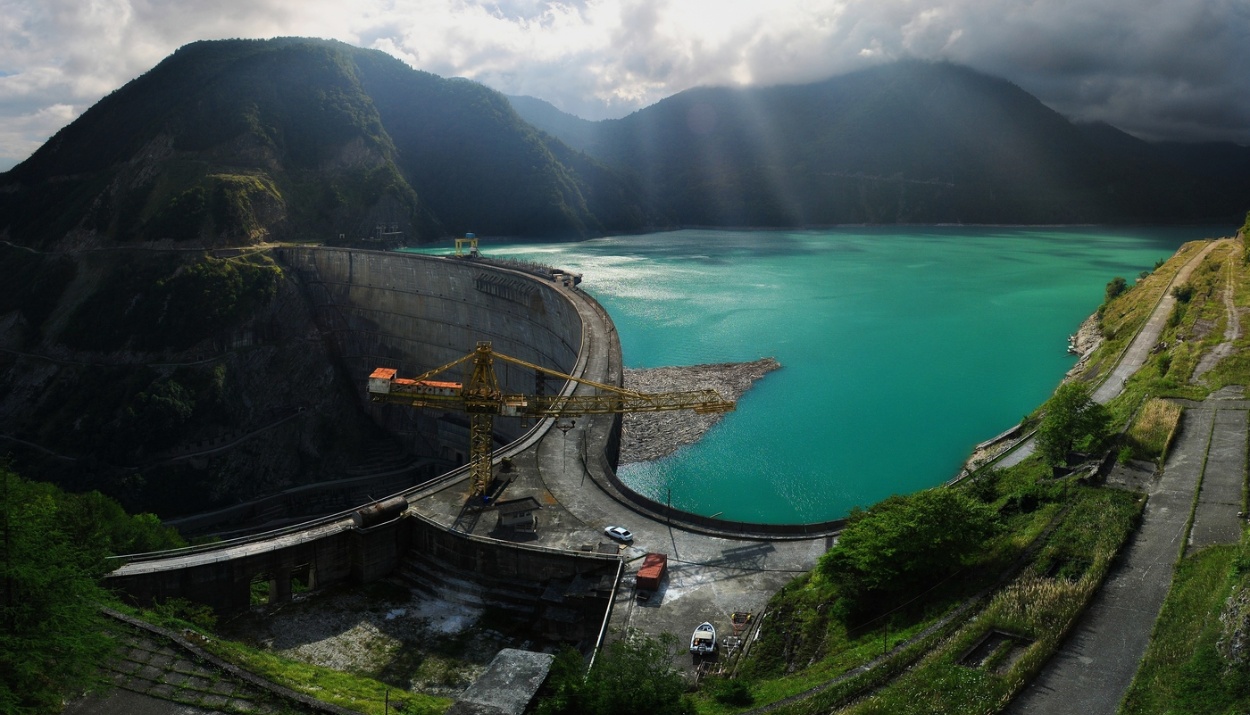 IngurGES Hydro Electric Station was shut down to repair the derivation-tunnel on 20 January.

The IngurGES will resume work on 1-2 May, Levan Mebonia, Chairman of the Board of the Ingur HPP, said. According to him, to date, repair-work has been 60 percent completed, and it is planned to finish them by the end of April.

The repairs are being carried out in a tunnel with a diameter of 9.5 meters and a length of about 15.5 kilometers. Mebonia noted that it was impossible to carry out repairs in all potentially problematic sections of the tunnel in three months, so it was decided to carry out work in more problematic places, from where a large amount of water flows. Their total length is about 2.5 kilometers.

"The work involves strengthening cementation — a chemical mixture is added to the cement, which speeds up the process; drilling is carried out in weak spots. Work is also underway to repair the water-intake. Most of the repair to the water-intake will also be completed by 1 May. We cover the surface with concrete, drill, make reinforcing mesh and cover the slope with a concrete coating that protects the structure from the effects of water, sun, wind," he added.

According to Mebonia, unforeseen situations arose during the repair, but their solution could not affect the results and timetable of work.

"They were not global. Of course, there were deviations from the plans, but everything is resolved on the spot quickly; we have a consulting company from Germany and Turkey. We make joint-decisions, give new tasks and proceed to implementation," he said.

The main goal of the repair work is to prevent major accidents and to strengthen weak points. The process involves 550 workers, engineers, operators and technicians.

On 20 January, IngurGES was closed to repair the derivation-tunnel, which is in critical condition. On 24 January, the workers got down to establish communications and, two days later, to the main work, which will be carried out over three months — drilling and cementing of the tunnel.

The renovation of the tunnel was originally scheduled for mid-February 2021, with completion in May. The amount of losses due to water-leaks in the tunnel amounted to 250 million kilowatt-hours per year.

The derivation-tunnel at the IngurGES was last repaired in 2006. For safety- reasons, an inspection of the condition of the tunnel must be carried out every five years. Now the annual losses due to water-leaks in the tunnel amount to 250 million kilowatt-hours. This is 10% of the total electricity consumed by Abkhazia per year. After the rehabilitation of the diversion-tunnel, the management of the IngurGES expects to reduce leaks by 40-50%, which is equivalent to 100 million kilowatt-hours per year.

The renovation will cost 45 million euros, of which seven million were allocated as a grant by the European Commission, and a loan of 38 million was provided by the European Bank for Reconstruction and Development (EBRD).

IngurGES is Abkhazia's only national source of electricity. The station was commissioned in 1978. The dam with a height of 272 meters is located in Georgia, but the turbines and generators are located on the territory of Abkhazia. It is the only joint Georgian-Abkhaz project. The parties jointly manage the hydroelectric station and share the electricity it produces. According to an informal agreement between Sukhum and Tbilisi, 40 per cent of the electricity generated by the station is consumed by Abkhazia, and 60 per cent by Georgia. The average annual output of the IngurGES is 3 billion 700 million kilowatt-hours.