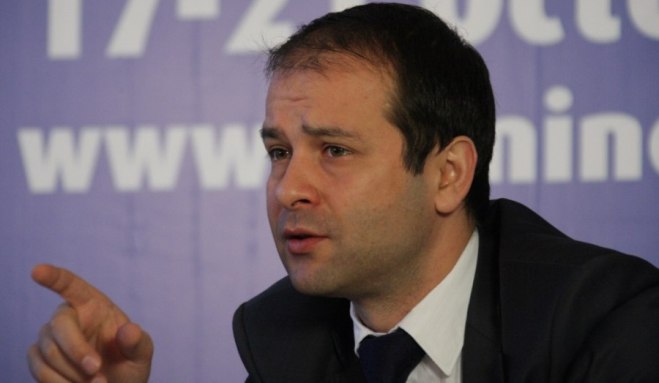 Abkhazia thinks skeptically of the formula of the “communication without the recognition” which was the priority direction of the European Union.

Abkhazia thinks skeptically of the formula of the “communication without the recognition” which was chosen by EU as the priority direction towards the republic. It was announced today by Maxim Gudjia, the Minister of Foreign Affairs.

“Our attitude towards this formula is skeptical as we do not see any concrete elements other than declarational and political,”- said Gundjia speaking at Abkhazian television. “We look forward to cooperating with Europe but only if it is done without the Georgian participation,” –stressed the Minister. “We will not develop contacts with Europe through Georgia.”

According to his point of view, eventually “Europe will be ready to have the real civilized dialogue with Abkhazia and the attitude towards Abkhazian recognition will be changed”. As for today, there are no signals of any willing of the West to initiate the process of the Abkhazian recognition.

“But this cannot last forever, it is impossible to ignore the reality for such a long time”, -said Gundjia, noting that in Abkhazia there is a clear understanding on current realities.

According to Gundjia, past year of 2010 was “rich and successful”. “We have strengthened our relationships with partners, friends and allies. Particularly, more than 30 agreements with Russia are signed. We also have signed agreements with our partners and friends in Latin America – Nicaragua and Venezuela,” -added Gundjia.

According to his words, the ways of cooperation in the coming year are already defined; in particular, this year the visits of the presidents of the countries that recognized the republic are expected.

The recognition decision and the new states emergence cannot be based on the outdated international system anymore. – Ministry of Foreign Affairs of Abkhazia.

The recognition decision and the new states emergence cannot be based on the outdated international system which was at the end of the World War II and at the beginning of the UN foundation. This is the opinion of the Abkhazian Foreign Minister Maksim Gundjia which was expressed at the Abkhazian Television.

According to him, the same as Sudanese scenario was imposed on Abkhazia. The Head of the Foreign Ministry thinks that the world is at the threshold of the great changes; the future of the XXI century is for the smaller countries which have cheaper energy and fresh water. “Therefore, the future of Abkhazia is much serene than the one of the other countries which are the leaders of the global politics and dictate whether Abkhazia will or will not be a state,”- noted Gundjia.

The Minister expressed his hopes for “the future without conflicts and wars” underlining at the same time the need to “take into account certain global threats.”