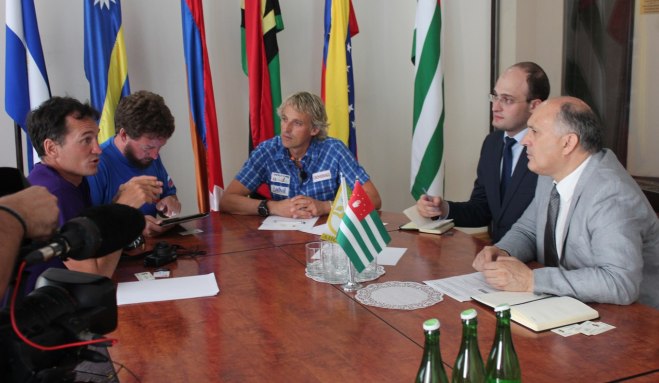 SUKHUM -- On 29 August, Minister of Foreign Affairs, V. A. Chirikba received a group of speleologists, scientists, and journalists including: leader of the expedition and Vice-president of the International Club of cavers «CAVEX» Denis Provalov; member of the Spanish Academy of Sciences, bio-speleologist Sergio Garcia; as well as the 7-man crew of the TV programme «Desafio Extremo» (famous explorer and journalist Jesus Kayeha), which is broadcast on the Spanish channel «Cuatro» and other European channels.

Denis Provalov informed the minister that in the period from 29 August to 9 September 2013 the international team from «CAVEX» within the terms of an expedition to the deepest cave in the world Krubera-Voronya (2196 metres deep) and located on the territory of Abkhazia would be conducting a material-survey for the programme «Desafio Extremo».

During the expedition daily live-broadcasts from the halls and galleries of the cave will be organised for many EU channels. This is a unique experiment, which will stimulate great interest in Abkhazia on the part of states of the European Community. "Our task is not only to show the deepest cave in the world but even more interestingly and fairly to represent the Republic of Abkhazia as an independent state," said the head of the expedition, Denis Provalov.

"Abkhazia is an ancient country. Our independence was restored 20 years ago, and we are set on developing relations with all countries of the world, including Europe. For the present, it is most important to disseminate correct and interesting information about Abkhazia, and we are busy with this," said V. A. Chirikba.

At the end of the meeting, the minister promised to cooperate fully with the group and wished them good luck in the conquest of the deepest cave in the world. 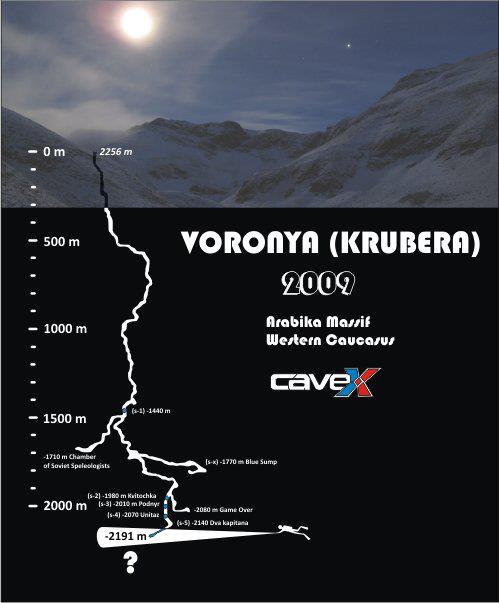