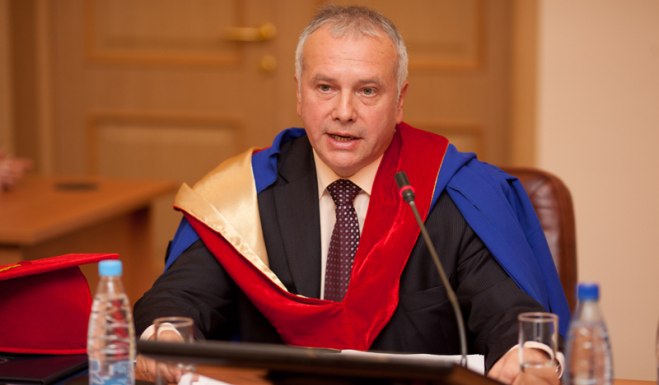 - Mr Rahr, let’s begin with the most painful point of the Caucasus – the absence of Russian-Georgian relations. This situation came about after the war of 2008. Do you think it is possible to restore the relations without the resignation of any of the ruling regimes?

- I must say it is possible, and the neighbours should strive to improve relations, especially in the situation between Georgia and Russia. Today they are still on the brink of serious conflicts. How can this problem be solved? The situation might be improved if the current heads in Russia or Georgia, who were directly connected with the war of 2008, resign.

- Do you think it is possible in the near future?

- In Georgia the elections will take place in 2013, as far as I know, and Saakashvili won’t participate. So I believe that any new president of Georgia will try to stabilise relations with Russia . In Russia this process is more difficult. Mr. Putin will not give up power: he will be the next president of Russia or continue running the Russian government. However, it is not beneficial for Russia to have bad relations with Georgia. Many Georgians live in Russia, and they are treated positively in the country. The problem of the approach is about Georgia all in all, as I think Abkhazia and South Ossetia will not return to Georgia.

- So you think Russia will never cancel its recognition of Abkhazia and South Ossetia?

- The problem is not only about Russia, but also about Abkhazia itself, which will never agree to give up its independence. It is building its own state. I think that, little by little, Abkhazia will be recognized by other countries, including Turkey. If Georgian policy remains directed at making Abkhazia and South Ossetia come back, the problems between Russia and Georgia won’t be solved.

As for South Ossetia, this problem is more difficult and the solution is less obvious. It is possible that the republic will come back to Georgia of its own good will. For this, the Georgians have to cooperate with the Ossetians closely and prove their economic superiority. This will be difficult to do.

- Geography is against these ties. It hampers the inclusion of South Ossetia into the Russian Federation. I believe that geography defines the development of the republic. After the resignation of Eduard Kokoyty, part of the population might move to North Ossetia, and South Ossetia might change its foreign policy toward Georgia, if Tbilisi proposes an interesting economic project. But Abkhazia is lost for Georgia, I think…

- Georgia actively strives for European integration, for example, entering the EU. Do you think this prospect is realistic?

- Unfortunately, geography also plays a negative role for Georgia. Without Turkey, Georgia won’t be a member of the EU. If Turkey manages to enter the union, Georgian chances will slowly grow.

- You used to say that recognition of Abkhazia and South Ossetia by Russia was a “cowboy” deed. What do you think now, was it an emotional decision or a strategic political step?

- That's a very interesting question, but I have no answer to it yet. We don't have full information about the events which took place in 2008. Russia has been supporting Abkhazia and South Ossetia for 18 years of the conflict with Georgia. There was probably a provocation in 2008 and Saakashvili was trapped. If that is true, the aim of Russia was to prove that it is the main factor in the former Soviet space and Western countries must not interfere, and that there would be no expansion of NATO there. On the other hand, recognition of Abkhazia and South Ossetia was implemented through emotional measures. Probably Russia had to… however, I understand why Russia did it, but…

- Because of Kosovo… as revenge?

- No. Russia might have waited several months and gone through international courts to achieve recognition of the republics, as the EU experts proved that the initiator of the conflict was Georgia. In this case their independence was more legitimate. South Ossetia was defending itself from Georgia, but what about Abkhazia? Its independence was recognized as well.

Now let’s imagine another variant of the development of events. Saakashvili wanted to spread panic among the South Ossetian population. As a result, thousands of refugees would block the Rocksky tunnel and Russian tanks wouldn’t be able to reach the south of the republic and help Russian military personnel. Saakashvili counts on asking NATO to send its army to the region and control it instead of Russian peacekeepers. For Russia, this scenario was a disaster. In order to avoid it, Russia probably provoked Saakashvili. From historical, geopolitical and legal points of view the Russian actions were reasonable.