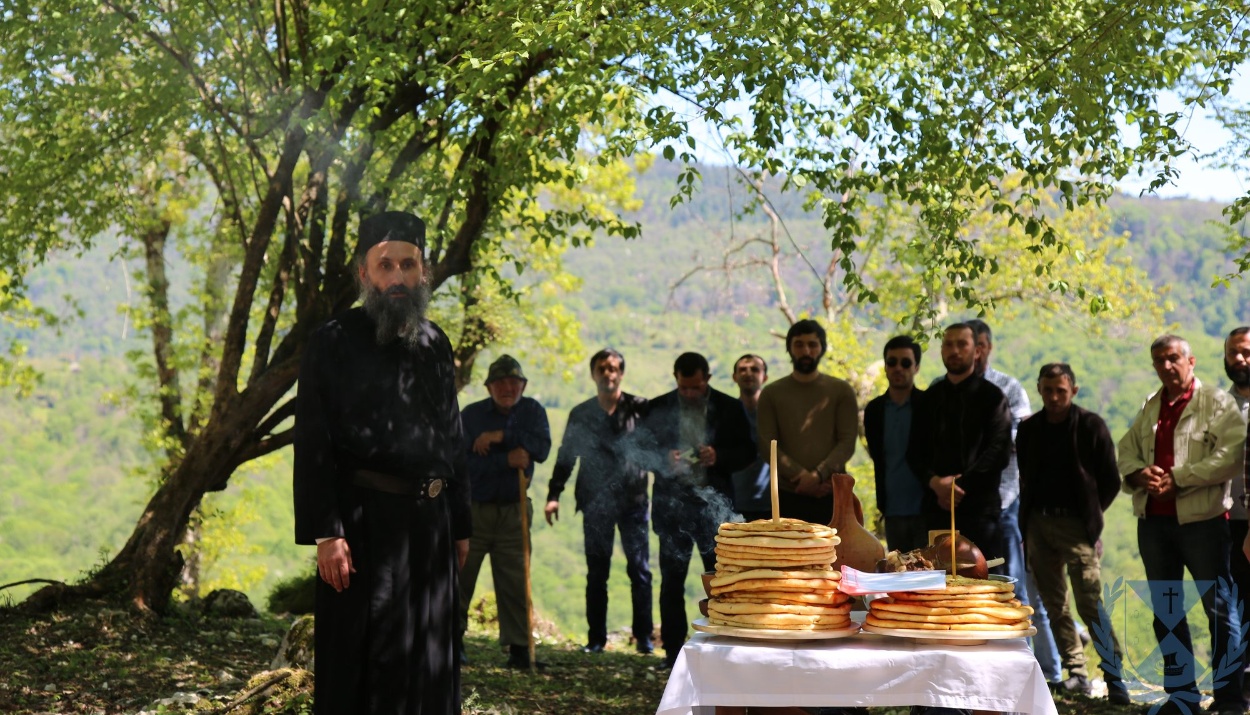 ‘Echo of the Caucasus’ (Ekho Kavkaza) asked what role religion plays in Abkhazian society, and whether it can be called religious.

- What role does religion play in Abkhazian society?

Sveta: Abkhazian society is fanatically not religious, I must say. Not because they do not believe in God, but simply because they are not religious fanatics. So, they perceive it very calmly. Therefore, I think that this also explains the tolerance of different religions in Abkhazia. In Abkhazian society, there are absolutely no religious contradictions that could result in some kind of conflict.

Marina Bartsits, ethnologist: When we were mono-ethnic, the traditional period existing even up to the middle of the 20th century, we were mostly religious. In the post-Soviet period, there has been a return to faith once more. I believe that society as a whole is religious. I cannot say in percentage-terms, because we have not conducted opinion-polls or scholarly research in recent decades — I don’t know, maybe someone has done it and looked into the religious state of society. In any case, the level now is higher than at the end of the Soviet period and at the beginning of the 90s, although in wartime this percentage tends to increase. In the post-war period, during periods of crisis, this percentage increases. 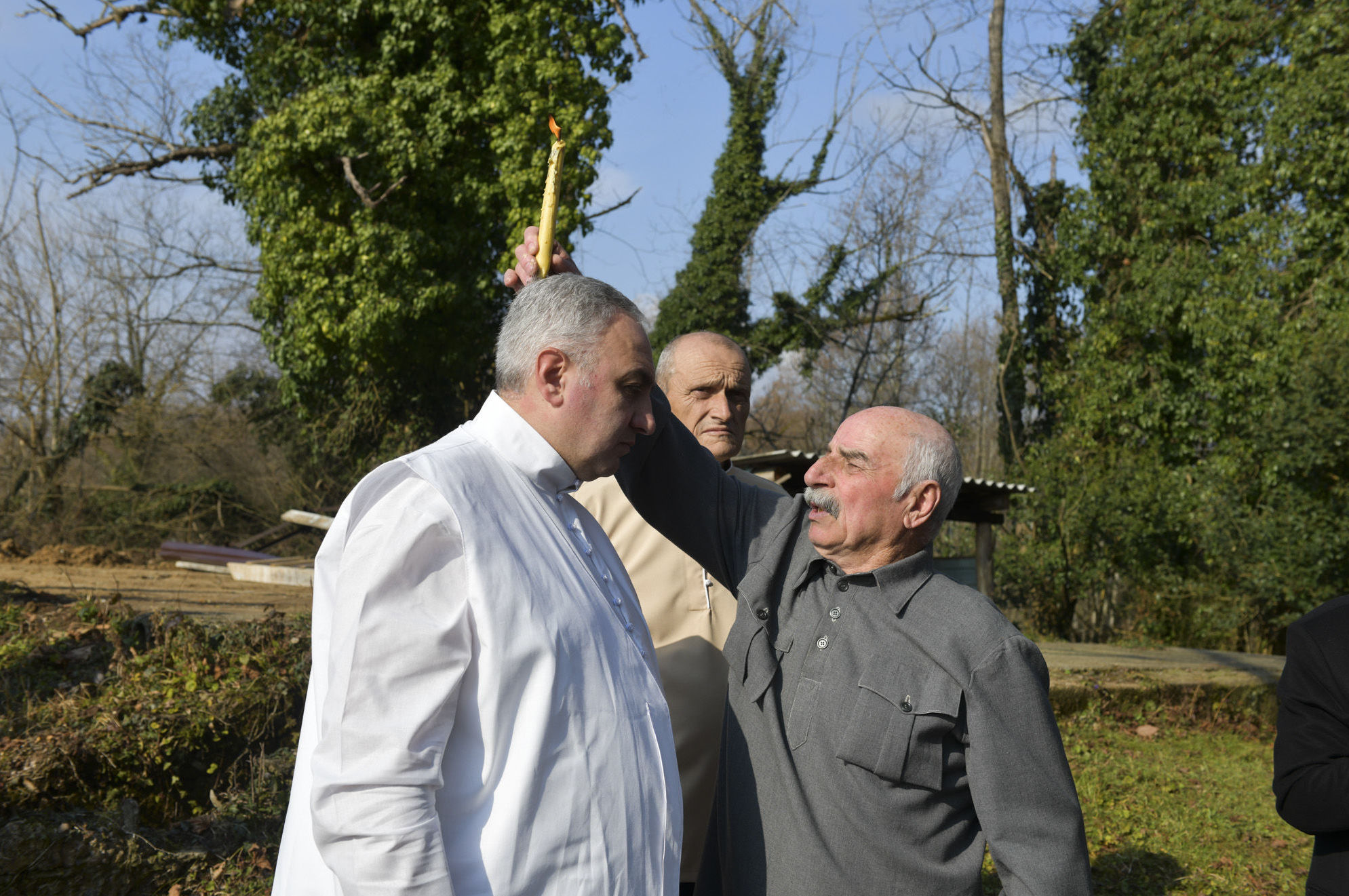 Priest of the Elyr-shrine Halter Shinkuba prays to the Almighty during the initiation ceremony of Ruslan Berzek.

Damey Kvitsinia: There are several faiths in Abkhazia - Christianity, Islam, the Armenian Apostolic Church. Religiously, we have peace and harmony, but to say that Abkhazian society is religious and that religion occupies a large place in the life of our society, I would not say so, unfortunately. At the same time, the trials that Abkhazia went through, the Patriotic War of the people of Abkhazia in 1992-1993, well of course, this led to a rapprochement with religion, but I cannot say that Abkhazian society is religious.

Marina: Everything is so intermingled in our society — we are happy to celebrate Christian holidays, also the Muslim and the pagan Abkhazian ones, and so we have a sufficiency of religion in one form or another. But how religious the people themselves and the society itself are, it seems to me that we are more of a secular state, whilst religion is traditional in nature for the most part. Although for those who deeply believe, there is also the opportunity to go to church and perform all the rites.

Fatima: Abkhazians, each in his own house, respect God very much; they do not pray every day, but they have proverbs and sayings, and they turn to God. This suggests that they are religious, but they are not fanatical. They are not ones who come to church, as is usually the case. They are not attached to such rites, which are not characteristic of Abkhazian worship. We have our own holidays, which are associated with the worship of a deity, God. I think that the tolerance of the Abkhazians towards other religions is due to the fact that it is deeply seated within them that God is one. 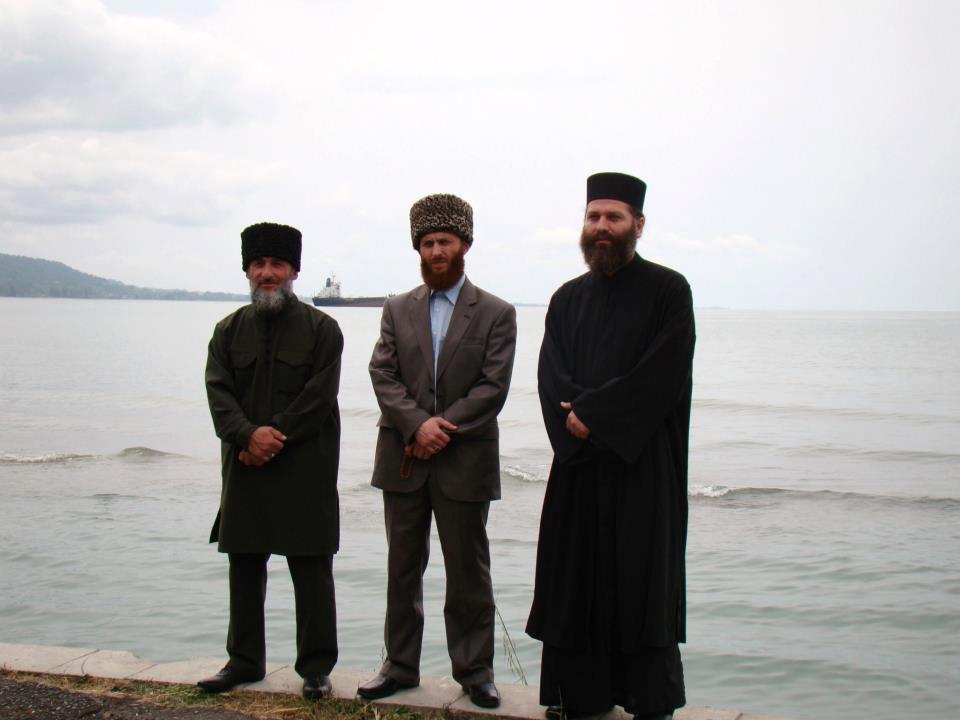 Muslim and Christian leaders on May 21, commemorating the Day of remembrance of the Russian - Caucasian War. Sukhum, 2012.

- Can one call the society religious?

Fatima: If one does not consider religion to be going to church, then yes.

Irma Tsulukia: In Abkhazian society, I would like religion to play a huge role. I would like us to come to our nurturing Apsuara through religion. Religious education in our society, in my opinion, leaves much to be desired. It seems to me that the need has ripened to introduce the study of religion in all educational institutions. Today, young people still visit churches. Maybe not as much as we would like. And I really hope that this is not to be attributed to fashion. Religion still plays a big, very important role in the social life of our Abkhazian society, because, thanks to religious holidays, we still do not abandon our family-homes, and at least several times a year we meet with the whole family in our father's house.

- Can Abkhazian society be called religious?

Irma Tsulukia: To speak unambiguously, no.