Ten high officials, found guilty of attempts to assassinate Stalin among other charges, have been executed in the Black Sea Soviet Republic of Abkhazia, immediately after being sentenced to death by Supreme Court of that State.

Abkhazia is a neighbour State to Georgia, in the Caucasus, where Stalin was born.

One of the condemded, Lakoba, former Premier of Abkhazia, was alleged to have incited agents to fire at Stalin’s cutter in the Summer of 1933, when Stalin was cruising off the Black Sea coast.

The accused were further charged with espionage and economic sabotage.

Three others were sentenced to terms of imprisonment ranging from 10 to 20 years. Then men had been on trial since March 11.

According to the Tiflis “Zaria Vostoka” the only newspaper in which the trial is reported, all the accused pleaded guilty to the charges.

Another newspaper, the “Worker” published in the Caspian seaport of Baku reports the execution of nine high officials in Azerbaijan, another Transcaucasian Republic on similar charges.

Five others were sentenced to imprisonment of from eight to 20 years. – Reuter. 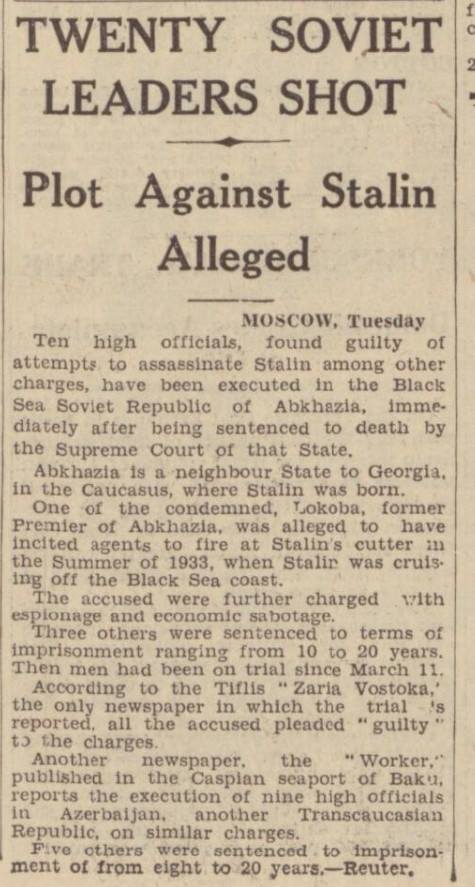