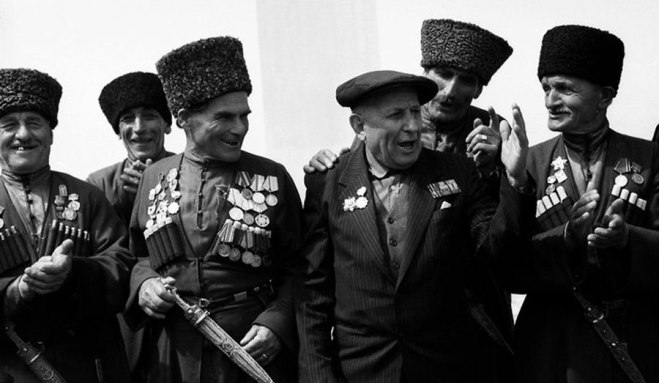 Demography has many aspects. With regard to the Abkhaz, their famed longevity comes immediately to mind. However, it is difficult to prove just how old one is when, at the supposed time of one s birth, registration was the exception rather than the norm. It has been noted that in the (15 January) 1970 All-Union Census the number of people in some higher age cohorts was actually larger than had been the size of corresponding (eleven year younger) cohorts in the (15 January) 1959 Census. Unless we assume a pensioner-invasion of the USSR in between, this must caution us to realize that some people may have a tendency in old age to advance more rapidly in years than the rest of us!

However, we shall not deal with this interesting matter here, nor with any other of the more classical topics of demography. What we shall restrict ourselves to here is what is in Russian so aptly termed ethno-demography (étnodemografia). This issue is controversial. Generally, Georgian and pro-Georgian writers try to prove the largest possible percentage of 'Georgians' (i.e., Kartvelians) in the territory that today is Abkhazia throughout history, whereas Abkhaz and pro-Abkhaz writers perform the process from an opposite point of view. We shall narrow our focus in the main to Abkhazia, treating the Abkhaz diaspora only in a cursory manner. Concentrating on the topic of Kartvelian versus Abkhaz dominance, we shall also allocate less space to the many other groups in Abkhazia’s history than would be desirable if space were no problem.

Our focus in time will be the period from 1864 until 1989; in fact, the first good source we can use is for 1886. Not that we lack sources; there are literally many thousands of them. We will here restrict ourselves to a) what may be called the canonical sources, i.e. those used in normative Soviet scholarship, namely census-results for 1897, 1926, 1939, 1959, 1970, 1979 and 1989, and b) a few of the 'non-canonical' sources shunned by the Soviets and thus regularly overlooked by Westerners.

The theoretical and methodological pitfalls in writing the ethno-demography of Abkhazia are awesome indeed. We cannot even try to list them here; hopefully we shall soon do so elsewhere. For a useful introduction to the Russian and Soviet Censuses in general, see Clem (1986). Suffice it to say here that it is certainly not enough to grab a book from a shelf, open it and take out an isolated figure or two, as is so often done when the pseudo-objectivity of numbers is employed (more often than one would believe, even such shortest of quotes will on close inspection turn out to be patently false). Figures have a context, which is often very complex and must be considered. If this were not so, future historians might indeed conclude that hordes of pensioners actually did descend on the USSR between 1959 and 1970.