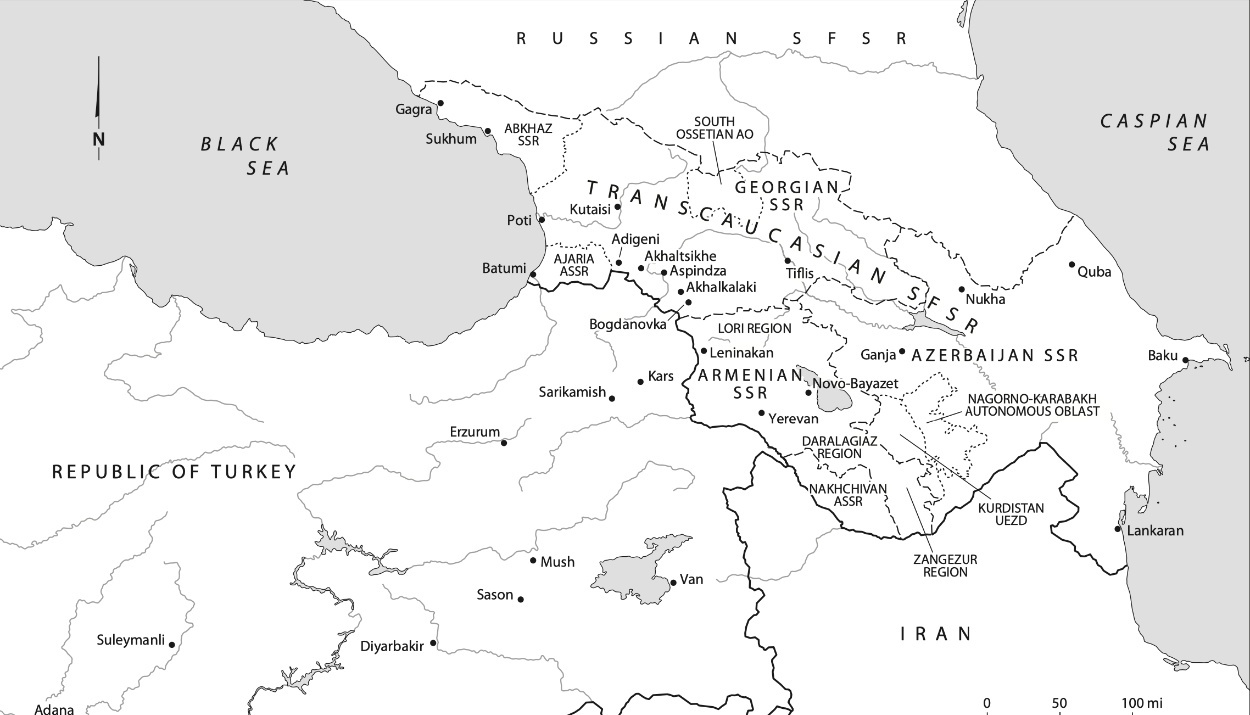 Book chapter from: Empire and Belonging in the Eurasian Borderlands

Extensive expulsion campaigns were carried out across the southern Caucasus in the years between the end of World War II and Stalin’s death in 1953. While the wholesale deportation of Chechen, Ingush, Karachai, and Balkar “punished peoples” in 1943–44 has become per- haps the paradigmatic example of Stalinist deportation due to nationality, later expulsions from the southern Caucasus garner almost no attention outside of highly local contexts. These campaigns were not driven by a desire to punish wartime deeds, and thus differed fundamentally from concurrent expulsion campaigns elsewhere in the USSR. Rather, borderland belonging in the greater Caucasus—not long before a common feature of this entangled, multiethnic outpost of empire—proved increasingly incompatible with the homogenizing ambitions of Soviet nation-building.

Expulsion represents one of the most radical tools available to empires and nations alike to define territories and refine populations. As the Soviet state shifted its focus from class enemies to suspect national groups in the mid-1930s, expulsion operations expanded from piecemeal border-cleansing efforts to the wholesale removal of entire nationalities to Central Asia and Siberia. This process has been portrayed by scholars as a retreat from the “ethnophilia” of the 1920s, as ethnic cleansing, and as genocide, in each case emphasizing the perceived liability of minority, non-Russian populations.

Yet while these explanations tell a compelling story at the macro level, the view from Georgia looks rather different. In the Soviet Union, what I call excisional institutions of nation-building (e.g., expulsions, population exchange, ethnic cleansing, and genocide) borrowed extensively from an imperial repertoire. Excisional institutions of nation-building worked alongside their productive counterparts, such as elaborating census categories, writing national histories, defining territories, and reaching out to diasporas—tools both endowed by Soviet nationality policy and in some cases extending beyond it. In this chapter, I use the case of postwar expulsions from Georgia to show how a Soviet tool of imperial population management could just as much be an instrument of nation-building and national homogenization at the local level. In other words, by expelling minorities, Georgian authorities enacted imperial prerogatives toward national goals—and the republic’s population likewise answered in national idioms. In the process, a new hierarchy of markers of belonging emerged that combined prewar categories of “disloyalty” with nationalizing aims.