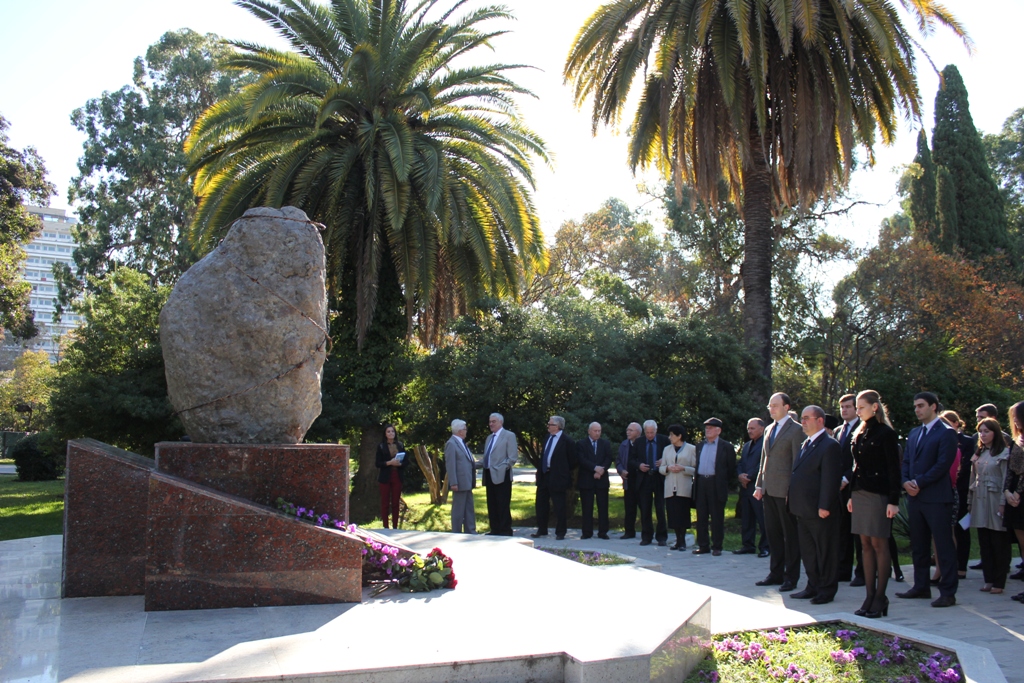 October 30 in the Republic of Abkhazia is the Remembrance Day of victims of political repressions. The monument to victims of political repressions in the square in front of the Parliament was visited by the relatives of the repressed, the President of the Republic of Abkhazia Alexander Ankvab, Speaker of the Parliament Vladimir Bganba, Prime Minister Leonid Lakerbaia, head of the Presidential Administration Beslan Kubrava, First Deputy Prime Minister I. Vardania, Deputy Prime Ministers B. Eshba, V. Delba and A. Stranichkin, leadership and personnel of the Abkhazian Foreign Ministry, members of Parliament, members of the Cabinet of Ministers. They laid flowers to the monument.