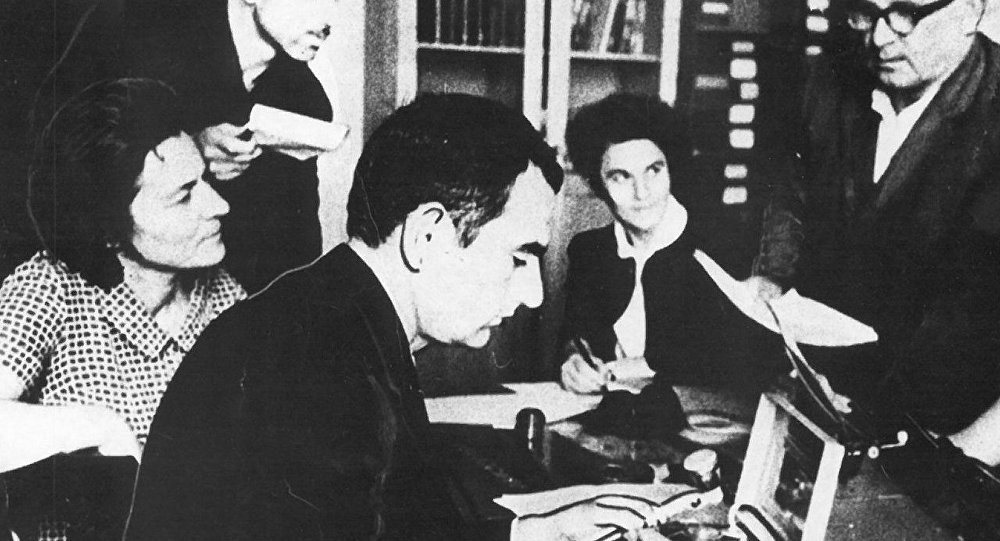 World Radio Day is celebrated annually on February 13th. It was proclaimed in 2012 during the 36th session of the General Conference of UNESCO.

SUKHUM — “Radio Abkhazia first aired on 30 April 1932; it played an ideological role in shaping the national world-view,” said poet and public figure Vladimir Zantaria in an interview with Radio Sputnik.

"Consequently, the radio fell under the tidal wave of Stalin-Beria repressions in the 30s —to all intents and purposes it was closed. The best representatives of the Abkhazian intelligentsia worked on the radio — incidentally, Henri Barbusse (French writer, journalist and public figure — ed.) came to the Abkhazian radio studio along with Samson Chanba (leading Abkhazian playwright – transl.). During his stay in Abkhazia, he wrote excellent essays on Abkhazia,” Zantaria stressed.

“The closure of the Abkhazian radio was one of a series of events related to the assimilation-policy of Georgia,” he recalled. “This period coincided with the creation of what became known as ‘Abkhazpereselenstroja’ (viz. ‘Resettlement of/to Abkhazia’ — transl.), which consisted of the resettlement of ethnic Georgians (mainly Mingrelians — transl.) onto the territory of Abkhazia; purposeful work was carried out across the board in order to destroy the Abkhazian ethnic group.”

"But, thank God, in the years of the thaw, when Stalin and Beria were no more, Abkhazian radio was restored and began to function again," Vladimir Zantaria noted.

“Restoring Abkhazian radio was not easy; during the repressions, the intelligentsia suffered greatly, and so there weren’t sufficient numbers of people at the radio — journalists, and technical workers,” he added. “However, in the late 50s, the radio was fully up and running.”

In the 70s, Vladimir Zantaria was lucky enogh to work as one of the team at Abkhazian radio.

“At first I was an announcer for Abkhazian radio, then a correspondent, then head of the programming department. Newspapers and radio are of great importance for a journalist; a person gains enormous experience because he has to travel as part of his duties and to prepare reports on the spot,” he remarked.

“In Soviet times, many representatives of the Abkhazian intelligentsia, such as Nikolai Kvitsinia, Anatoli Zukhba, Ivan Sadzba, Alla Khintba and many others, worked as announcers on Abkhazian radio,” Zantaria added.

“Already in the 80s, all the activities of the television- and radio-company were carried out under the leadership of Shamil Khusinovich Pilia; very important too was the role of Khariton Akhmatovich Avidzba, who, for the first time, achieved state-status for the committee on television- and radio-broadcasting. Little is known about him; for a while he headed television and radio was a very intelligent person," he observed.

“During the Patriotic War of the people of Abkhazia from 1992-1993, the studio of Abkhazian radio burned down,” Zantaria said.

“All the equipment went up in flames, and then only with difficulty was it possible to save the archived records. On instructions from Vladislav Grigorievich Ardzinba, we had to travel to the North Caucasus and with the world on a thread, as they say, garner equipment,” he noted.

World Radio Day is celebrated annually on February 13th. It was proclaimed in 2012 during the 36th session of the General Conference of UNESCO.

The main objectives of Radio Day are to raise public and media awareness of the importance of radio, to call on decision-makers to facilitate and provide access to information, and to strengthen communications and international cooperation between broadcasting companies.

This news was published by Sputnik Abkhazia and is translated from Russian.