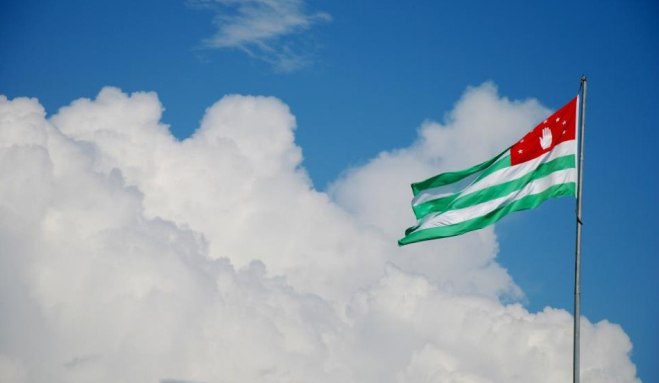 Two years ago, the European Union commissioned a senior diplomat to write the first-ever comprehensive report on human rights in Abkhazia. The report was envisaged by the EU as a significant step forward in its efforts to increase its influence in the territory, where Russia dominates.

But after the Georgian government objected to the way the report was written, the EU reversed course and declined to publish it. The authors instead published the report on the website of a Swedish human rights organization, the Olof Palme International Center, on July 31.

The episode illustrates the challenges – perhaps impossibility – of the balancing act that Western institutions must perform if they want to work in Abkhazia, which considers itself an independent state after breaking away from Georgia in a war that began 25 years ago this week.

Georgia, however, considers Abkhazia to be an illegitimate puppet regime of Russia. Moscow is Abkhazia’s only real ally, and there is a heavy Russian military presence in the territory. Tbilisi is wary of any international engagement with Abkhazia, for fear that it will result in what it sees as a “creeping recognition” of its independence.

The new human rights report itself is hardly favorable to Abkhazia. It outlines a number of human rights violations, including restriction on the movement of ethnic Georgians between Abkhazia and Georgia proper, and the lack of property rights for Georgians who were displaced amid the conflict in the early 1990s. It also took pains to avoid judgment on the status of Abkhazia, a dispute that serves as the basis of the dispute between the Georgian government and the de facto Abkhazian authorities. “No position was to be taken on how the political conflict issues should be resolved – other than the need to protect human rights,” the report said.

However, the fact that the report treated Abkhazian structures and institutions as legitimate actors, rather than as tools of Russian occupation, appeared to be unacceptable to Tbilisi.

Both the Georgian Ministry of Foreign Affairs and the European Union Special Representative for the South Caucasus declined to comment.

Jaba Devdariani, a former Georgian diplomat and foreign policy analyst, said the report had a number of flaws from the Georgian perspective: “It treats Abkhazia only as Abkhazia and not in the context of the rest of Georgia,” he told EurasiaNet.org. “For example, it omits from the scope of the report the issue of [internally displaced persons]; it deals with Abkhaz legislation as is without drawing conclusions about how this legislation is agreed upon, and it mentions only cursorily Georgian concerns about occupation of Abkhazia by Russian troops, and the responsibility that Russia therefore might have for upholding human rights.”

Thomas Hammarberg, the lead author of the report and a Swedish diplomat with long experience in Georgia, said, “I never got a full explanation why” the report was not published. “What I know is that there were discussions inside the EU Commission, as well as with authorities in Tbilisi and Sukhumi. Obviously, it was felt that the report was politically sensitive,” he told EurasiaNet.org.

“In my own discussions with authorities on both sides of the conflict divide I had certainly been confronted with unease about us raising certain aspects which challenged some of their official positions,” he added. “This I regard as an argument in favor of this report and its independent nature as well as for the importance of making it public so that people affected by the continued conflict could see that their concerns actually had been given a voice.”

Authorities in Abkhazia said that they were overall satisfied with the report and supported it being published by the EU. “In spite of a number of debatable assertions and recommendations, the report’s conclusions and assessments were, for the most part, neutral and objective,” the Abkhazian de facto Ministry of Foreign Affairs told EurasiaNet.org in an emailed response to questions.

It is not clear why Georgia, which initially cooperated with Hammarberg on the report, changed its mind. Outreach to Abkhazia has few champions in Georgia, but one is Paata Zakareishvili, a human rights advocate and State Minister for Reconciliation and Civic Equality when the report was commissioned. Zakareishvili, however, stepped down last year.

“There were very few chances that this report would be something that the Georgian government would like,” Devdariani said. He noted that Hammarberg had previously written a human rights report on Transnistria, a breakaway territory of Moldova, and that report took a similar approach as did this one on Abkhazia. “If Georgia wanted this report to deal extensively with the occupation, or with the rights of displaced persons – in other words to reflect official Tbilisi’s position more – honestly, I wouldn’t have solicited it from Mr. Hammarberg.”

The report was originally seen by EU officials as a catalyst for reaching a new level of engagement with Abkhazia. The EU’s decision, then, to refrain from publishing it appears to threaten that.

The EU initiated a policy that it called the Non-Recognition and Engagement Policy (NREP) in 2009, which was an attempt to create an approach that would meet the lowest common denominator of both Georgia and Abkhazia. That policy was adopted in the wake of a five-day war fought between Russian and Georgian forces the previous year. The NREP “aims at opening a political and legal space in which the EU can interact with the separatist regions without compromising its adherence to Georgia’s territorial integrity,” according to a document laying out the policy.

NREP “was launched with great ambitions back in 2009, and what we’ve seen is more success on the non-recognition and very modest successes on the engagement part,” said Thomas de Waal, a Caucasus expert at Carnegie Europe.

“The engagement policy never succeeded” because ultimately Brussels always deferred to Tbilisi, the Abkhazian MFA statement said. As for the fate of the NREP, the EU’s treatment of the report “is not a very good sign.”

Joshua Kucera is the Turkey/Caucasus editor at EurasiaNet.org, and author of The Bug Pit. He is based in Istanbul.

The views expressed in this article do not necessarily reflect those of AbkhazWorld.