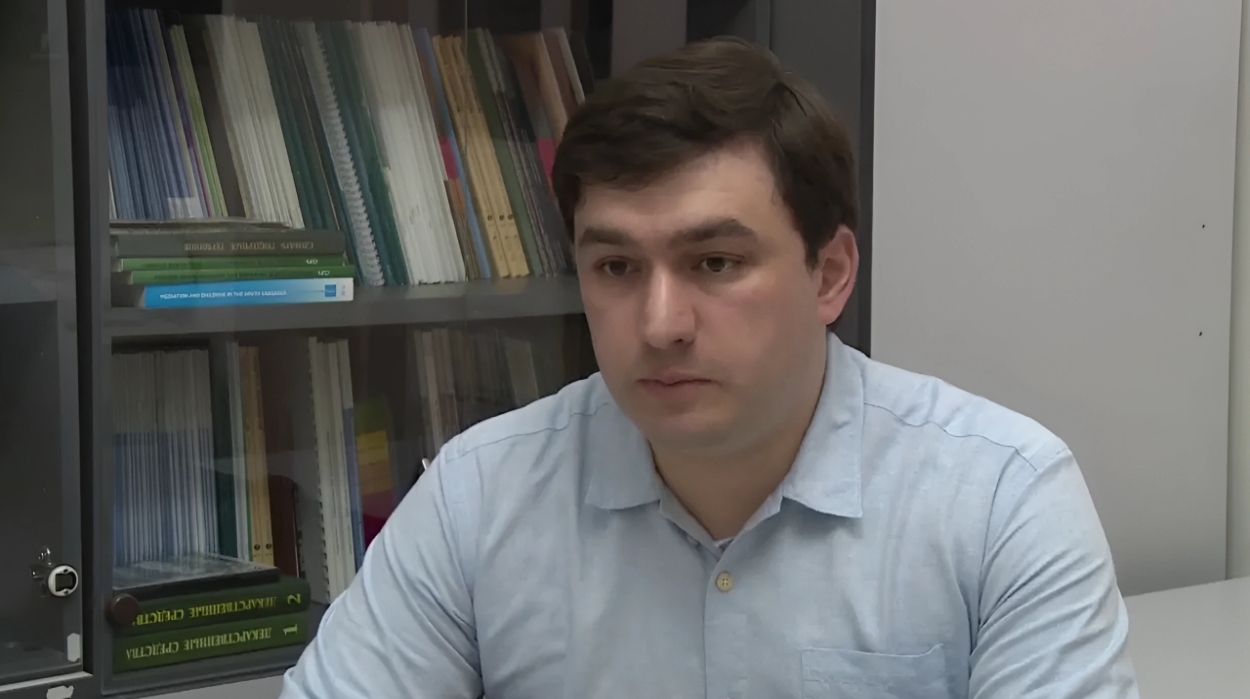 Said Gezerdaa is a lawyer at the Centre for Humanitarian Programmes, a civil society group based in the Sukhum.

The public of the republic was looking forward to the results of the working trip last week of a group of Abkhazian parliamentarians to the State Duma of the Russian Federation to discuss the issue of ratifying the Russian-Abkhazian intergovernmental agreement on the Pitsunda state-dacha. As is well known, in Moscow at the end of the meeting they agreed that the representatives of Abkhazia, upon their return home, would hold consultations with lawyers on the topic of whether the proposal proposed by the Duma-members is in conformity with the legislation of the republic.

The essence of this proposal was that the Parliament of Abkhazia would ratify the agreement of 19 January 2022 but at the same time decide that the necessary amendments would be made to its text, with which the Russian side agreed in principle. Some observers suggest that the Abkhazian parliamentarians needed the help of lawyers for the sake of observing politeness and not immediately, in the State Duma, to express their disagreement with the option proposed by the Duma-members.

We talked today with the lawyer of the Centre for Humanitarian Programmes in Abkhazia, Said Gezerdava, and first of all we asked if he was one of the aforementioned Abkhazian lawyers. He replied:

"I'm not sure. It such a proposal was simply voiced by the deputies... But there’s the matter of ratification. What to do with ratification? Now some schemes have begun to be discussed that contradict the process provided for by the laws on international treaties. If the parliament wants some changes to be made, then they must consider the agreement, not ratify it, and only then will the process of finalisation begin. In my opinion, this is the only normal way of proceeding."

The development of work on the agreement as proposed by the Duma-members with the help of a some resolution of the Abkhazian parliament attached to the ratified agreement, seems to him to be unacceptable:

“So why such a long process? This is a mutual agreement. And if this agreement should fail? It's not only we who will have to decide. We shall have to coordinate this with our partner. And if it refuses to agree with specific amendments? Also, in general, it is somehow incomprehensible. I don't think this is a reasonable way of conversing – to offer something along the lines of: You accept it, and then we'll see. Yes? Well, I don’t know.”

“This is our land. They came to us with such a proposal, but it seems to me that we ourselves should formulate on what conditions ... Why should someone determine for us the conditions under which we transfer our land? This is absurd."

Said Gezerdava is also surprised that the conversation in the State Duma focused on the comments on the agreement, which were announced by the Ministry of Foreign Affairs of Abkhazia:

“Some amendments were proposed by the Foreign Ministry. As to whether they are sufficient or not, well, nobody discussed this issue. From my point of view, they are not sufficient and in general are not the main problems of this agreement.

- Well, in general, somehow everything seems to be in a fog...

“In a fog, a fog, a very thick fog. It seems to me that this proposal is even from our side, from the Foreign Ministry, such a minimal one. I am a little surprised that it’s the Ministry of Foreign Affairs that is generally involved in this and showing the initiative, rather than the parliament.”

- Well, the parliament showed initiative insofar as its delegation went to the State Duma ...

Gezerdava recalled that, when he commented on the agreement, in particular, on Abkhazian television, in Echo of the Caucasus, he based his objections not on inaccurate geographical coordinates and not on the absence of the separate clause on the impossibility of transferring the object to third parties, but on the fact that Abkhazia is losing ownership of it. He continued:

“Look, they say to us: ‘You see, the budget-legislation of the Russian Federation does not allow capital investments in property that does not belong to the Russian Federation on the basis of property-rights.’ But, in that case, as I understand, all that is needed is for the Russian side, the Federal Assembly, to ratify the agreement with the Abkhazian side. Then it will overcome the norms of its internal law and will allow for everything that it is convenient for the Russian side to do there to be done.”

"Ratification is subject to all international treaties that are somehow contrary to the norms of national law. In any case, that's how things are with us."

My interlocutor and I recalled the situation in the autumn of 2014, when in a similar way, but with a different power-team in office in Abkhazia, the Russian side developed and proposed a draft basic agreement between our countries, which in Abkhazian society was perceived, by its majority, as an infringement of the sovereignty of the republic. And then, after noisy rallies, they nevertheless managed to find a compromise option. Gezerdava wonders if it is time for the Abkhazian side to be more active in preparing such important documents from the very outset:

“This is our land. They came to us with such a proposal, but it seems to me that we ourselves should formulate on what conditions... Why should someone determine for us the conditions under which we transfer our land? This is absurd."