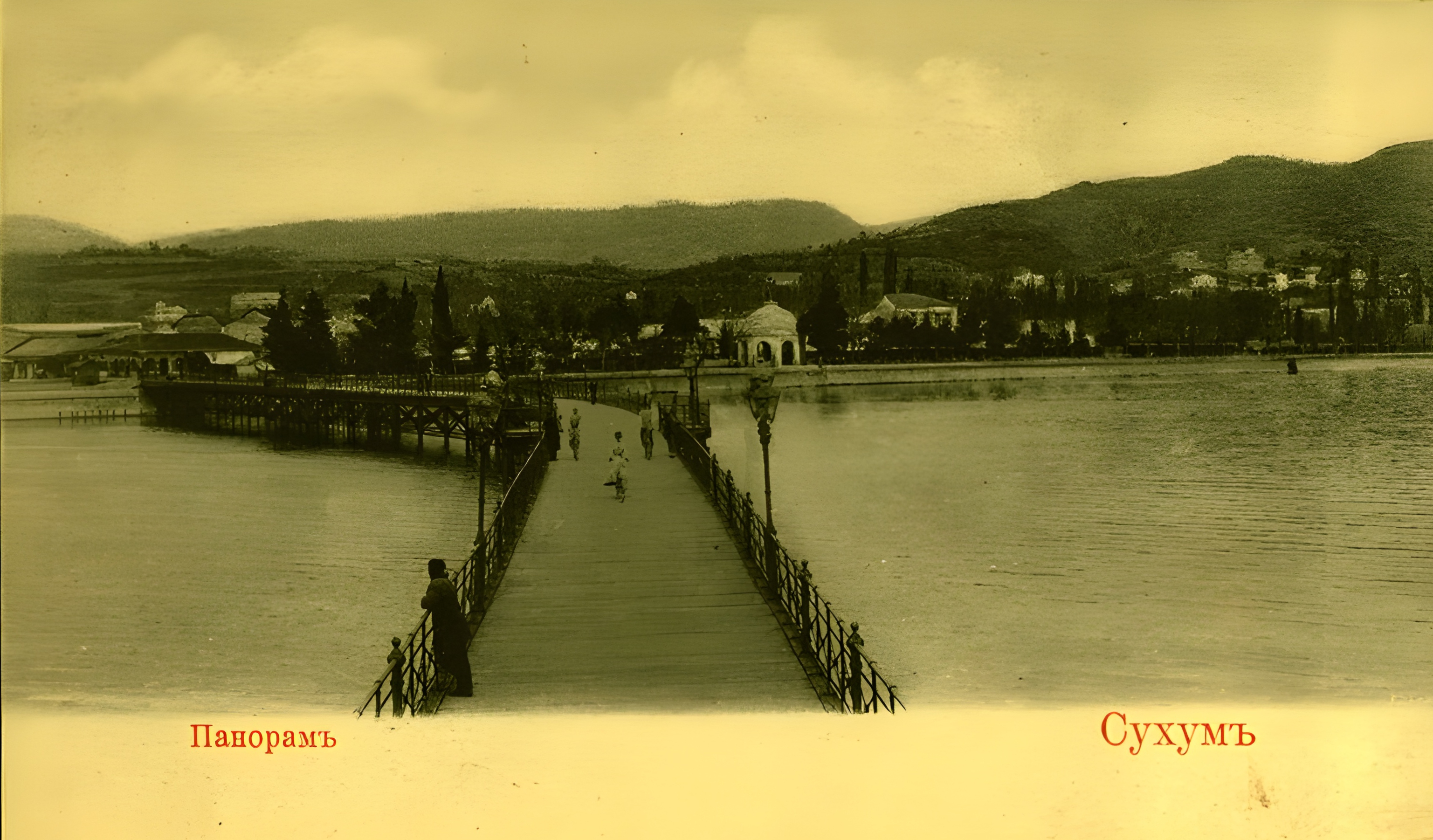 Sukhum, Abkhazia. The beginning of the 20th century. Postcard.

The notes of the Russian lawyer and statesman Alexander Demjanov, a member of the Abkhazian People's Council, written a century ago, were published for the first time only last year. The Abkhazian historian Stanislav Lakoba, who prepared these documents for publication, speaks of both the amazing similarity and the differences between those knots of interethnic relations that began in the region after the collapse of the Russian Empire and the Soviet Union.

Last year, we already talked about two new books by the famous Abkhazian historian Stanislav Lakoba, based on memoirs and documents about the events of the twentieth century. In one case, these were the diaries of the literary translator Jevgenia Rafalskaja, who lived for many years in the first half of the century in Sukhum. In another - “ABNO and its defeat. 1922 -1931"- it was about the predecessor of ABNIJALI and the currently functioning Abkhazian Institute of Humanitarian Research - the Abkhazian Scholarly Society.

When reading the third book in the same series - "Alexander Demjanov: Notes on Abkhazia and Georgia" - one involuntarily recalls the well-known saying that "everything develops in a spiral". The way the events described by Demjanov developed a century ago after the collapse of the Russian Empire, in the relations between the leaders of the Abkhazian and Georgian peoples, national elites, and the position of representatives of Russian society in this regard are strangely reminiscent for the modern reader in many manifestations of the vicissitudes in the relations between Abkhazia and Georgia at the end of the twentieth century, on the eve, during, and in the first years after the collapse of the USSR.

But first of all, who was the author of these first published archival records? Alexander Demjanov (1865-1925) was a prominent statesman and political figure of Russia, a lawyer. Stanislav Lakoba described him as follows:

“Aleksandr Alekseevich Demjanov, a deputy of the State Duma, actually headed the Small Council of the Provisional Government, was an assistant to the Minister of Justice, and at one time was actually the Acting Minister of Justice in the Provisional Government. And so fate tied him with Abkhazia, with Sukhum. In 1919 he was elected a deputy of the Abkhazian People's Council. And he described unique things."

Demjanov's notes, entitled "In Abkhazia and the Georgian Socialist Republic" and covering the events from March 1918 to March 1921, were written by him in Constantinople, for which he left Batum immediately after the so-called Sovietization of the Georgian Democratic Republic.

He lived in Abkhazia from January 1918 to the end of November 1919. For criticizing the policy of the Menshevik government regarding the infringement of the rights of Abkhazia, he was arrested and deported from Sukhum to Tbilisi, from where he moved to Baku, then to Batum. After Constantinople he lived in Berlin, then in Prague, where he died in 1925.

“Demjanov's notes,” writes Stanislav Lakoba in the preface to the book, “are not only about the past, but also about the present, and possibly the near future. This is the enduring value of the uniquely significant manuscript that has been in oblivion for exactly 100 years." 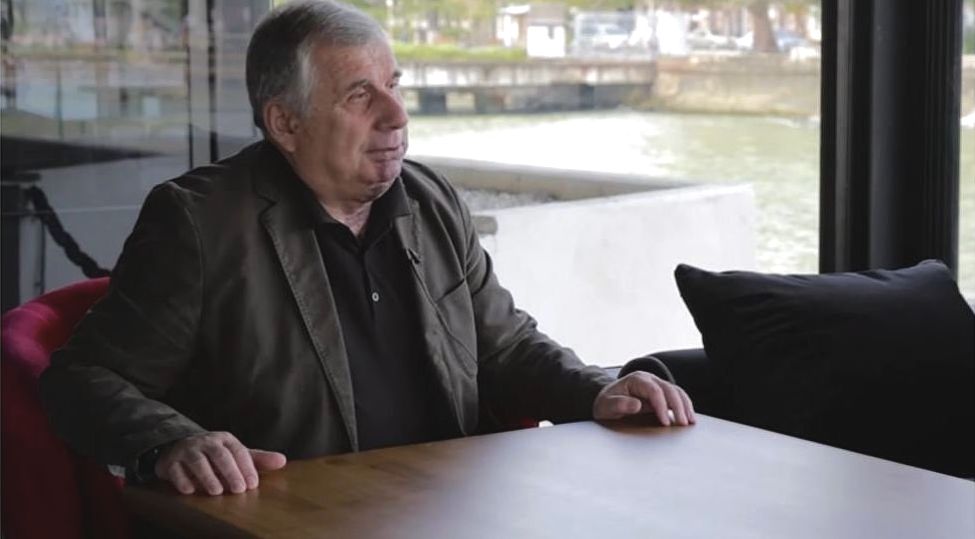 In principle, everything or almost everything that Demjanov described in his notes about the relationship between Abkhazian and Georgian politicians, representatives of Denikin's Volunteer Army and other figures of a century ago is, of course, known to historians and history-buffs, but how much brighter it shines when it appears “right before one’s eyes" in the dialogues with these people by an author who was undoubtedly endowed with a gift for literary!

So, fleeing the persecution of the Bolsheviks, who declared war on all who ideologically disagreed with them, 62-year-old Alexander Demjanov arrives in Sukhum, where he has been before and where, in his words, "nature is jubilant." At first he hoped that in a month and a half he would return to Petersburg (he wrote it that way, not as "Petrograd"), and did not intend to delve into local political life at all. But this life itself dragged him in, because they began to turn to him as a highly qualified lawyer, expert in interstate relations. And soon he saw roughly the same alignment of forces in Abkhazia that many of those living today saw in the early nineties of the last century. Namely: Georgians, who made up a much smaller percentage of the population of Abkhazia at the beginning of the twentieth century, were two to three times fewer than according to the 1989 census, being no more than a quarter of the total population, nevertheless, relying on force from Tiflis, already tried to impose their will on other ethnic groups, and this united against them the bulk of the Abkhazians, Russians, Armenians, Greeks, and Estonians. This predetermined the position of Alexander Alekseevich, who at first tried to explain to the leaders of the GDR how to build relationships with the Abkhazians and other ethnic groups in Abkhazia, but then, from his own bitter experience, became convinced that this was impossible and even fraught with danger for him personally.

In the summer of 1918, as a legal adviser, he went to Tiflis as part of the ANS delegation. And his communication with representatives of the Georgian authorities - Irakli Tsereteli, Noë Ramishvili, Isidore Ramishvili and others - showed that they were very poorly informed of the situation in Abkhazia, in particular, they constantly suspected the Abkhazians of turkophilia. And they basically did not even know about the existence at that time of agreements between Georgia and Abkhazia as, in point of fact, independent states. (And after all, less than half a century had passed since, at the call of Jakob Gogebashvili and others, immigrants from Western Georgia began actively to populate Abkhazia, which had been deserted as a result of the Makhadzhirstvo [Great Exile] catastrophe.) Stanislav Lakoba says:

“Yes, at that time there was a yet small Georgian population in Abkhazia, and then they were subdivided, classified in different ways, Mingrelians - separately ... Due to the fact that they began to use all kinds of colonization-methods from Tiflis, they tried to change the ethno-demographic situation in Abkhazia, starting to resettle the Georgian population here, and ousting, in particular, Greeks and Armenians ... And in the third Abkhazian People's Council, of which Demjanov was a member, they then began to unite essentially against the central Georgian government in Tiflis. And even the former Abkhazian Mensheviks, such as Mikhail Tarnava and many others, were disappointed by the autumn of 1919, calling themselves socialist-internationalists. And the attempt to impose the Georgian language, as mentioned by Demjanov, also played a significant role here. But that did not get through at that time, being rejected by the population. By the way even Georgian leaders, for example, such a writer as Leo Kiacheli – his real surname was Shengelaja. He argued that under no circumstances should Abkhazia be deprived of the Russian language or the Georgian language introduced, because there were practically few people who knew it; even in Samurzakano there were huge problems with it, Russian functioning there (sc. as the language of interethnic communication).”
In the late 80s-early 90s of the last [viz. 20th] century, the situation in Georgian-Abkhazian relations to a large extent returned "to square one", which is to say what it had been in the late 10s-early 20s of that same century, But, of course, after seven decades, much could not but be different. First of all, there was no Bolshevism-factor, for which many leaders of the Abkhazian and Georgian peoples fought a century ago. Stanislav Lakoba also talks about another difference:

“Well, first of all, it is striking, of course, if we compare two such critical periods - I mean the collapse of the Soviet Union, the collapse of the USSR, and what happened then, after the collapse of Tsarist Russia: the common thing is that a number of states were formed, which he (Demjanov) called limotrophic, that is to say borderline along the perimeter of the borders of Russia proper. And the most important difference is that a century ago there was no such Russophobia and unity of the West in confrontation with Russia, which we see in our time."