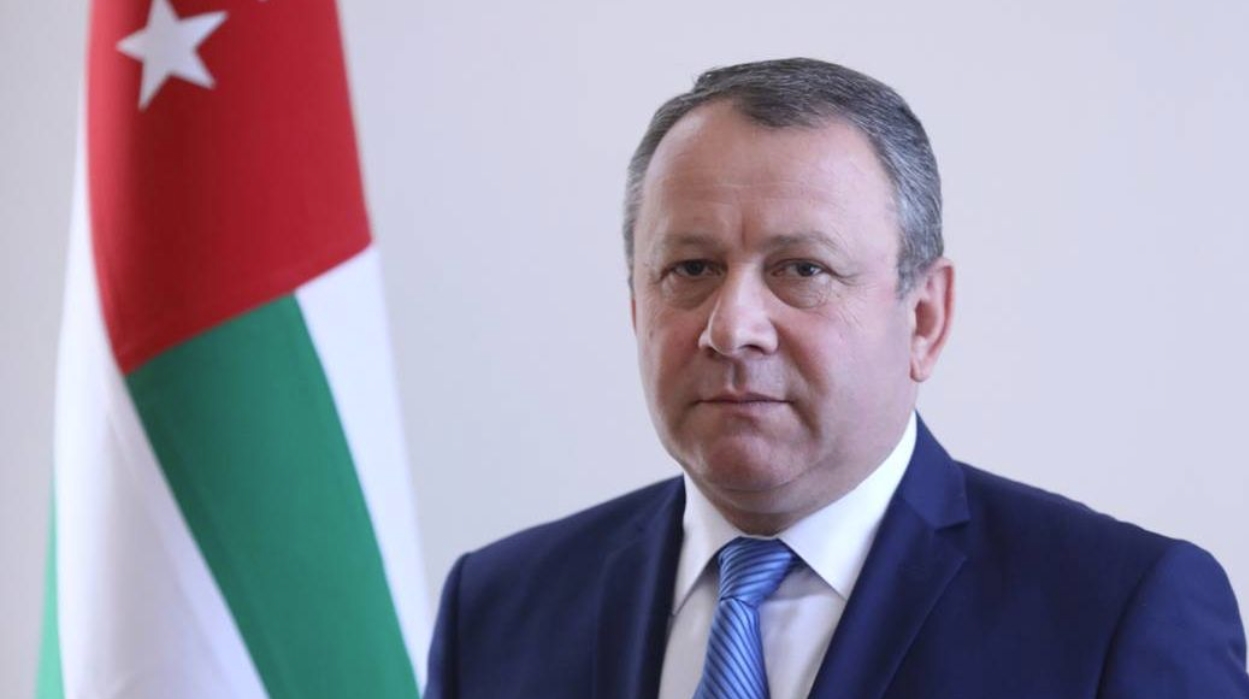 Aslan Bartsits, Chairman of the Forum of National Unity of Abkhazia.

To the speeches against the transfer to private ownership of objects of strategic importance for Abkhazia was added yesterday a statement by the political party Forum of National Unity of Abkhazia. Forum Chairman Aslan Bartsits said the government's plans to expropriate land and sell real-estate to foreigners could put an end to the project called "independent Abkhazian statehood".

- “The Forum of National Unity”, having made a statement, put in the title the words that the Abkhazian people will not accept vassal psychology and servility. Why is that?

Abkhazians have always fought for their identity, for their rights, for their land. And this is not a political game for the sake of confronting the authorities, we do not regard this as any kind of excuse.

- We take these words, referring to the history of Abkhazia, referring to the history of the Abkhazian people, first of all, and the most interesting thing is that many people in Abkhazia are talking about this. People who know their history well, who empathise with their people and their state, always take into account the enormous historical experience. And it tells us just that the Abkhazians have always fought for their identity, for their rights, for their land. And this is not a political game for the sake of confronting the authorities, we do not regard this as any kind of excuse. Absolutely not, these are fundamental things from which no patriot of his country, of his land should deviate. We simply do not have any other homeland. We have our repatriates who are scattered all over the world, we have kindred peoples who live in the North Caucasus, and they are very attentive to what we today call the Abkhazian project, that is, the construction of an independent free Abkhazian state. Both our friends and our enemies are attentive to this, they are watching what will come of it. And if we do not comply with the fundamental principles, then it will be impossible for such a project to exist.

- How is the issue of Pitsunda and the issue of selling real-estate to foreign citizens connected with the Abkhazian project?

“These things are inseparable. As for the issue of Pitsunda, the most important point is what lies behind it. It has already been announced that, apparently, Pitsunda is a kind of litmus-test, a test for lice-infection. If we decide this positively, then this will be followed by the actual legitimisation of the purchase and sale of Abkhazian land. We must clearly understand that after the sale of the land, the end of Abkhazian statehood will come; having crossed this line, we will not be able to be masters in our own land. There will be other owners, and any other owner will have other interests, so that no business will ever be able competently, clearly and, most importantly, carefully done with reference to our land, to our homeland. Give them free rein, and they'll sell everything. Our authorities today have given free rein to those ready to make money. Imagine for a moment what will begin in Abkhazia when, God forbid, permission to buy and sell land is given! It will be Russia of the nineties, if anyone has forgotten! It will be even worse here – there will be killings, people will be physically destroyed for a piece of land; this needs to be understood and felt by everyone, regardless of nationality. They will not choose whether one is a Russian, an Armenian or an Abkhazian; the choice will depend on the extent to which your land is of commercial interest. Do we want to push ourselves to the point of no return?

Imagine what will happen in Abkhazia when, God forbid, permission to buy and sell land is given! It will be Russia of the nineties, if anyone has forgotten!

- Representatives of the public have been against the agreement on Pitsunda for a long time - we see statements, press-conferences, briefings, and publications, there are a lot of them, but how do the authorities react to all this? And what steps do you expect from the government? What do you think they should do in this situation?

- Raul Khadzhimba (ex-president) at the political council of the party clearly stated that the country has a Constitution, and no-one has the right to change it and violate it. Everything that was before, everything that the government is doing now, it is doing in secret. If someone tries to change the laws of the Republic of Abkhazia covertly and without changing the laws, the purchase and sale of land, of real-estate, and a number of other basic and fundamental issues of the state cannot be resolved. What does the government do and how does it react? Well, listen, the government is at the head of this process, so how can it react differently? It was the authorities who promoted all these ideas. Let's remember everything from the very start. Today, thanks to the Ambassador of the Russian Federation, who openly laid out all the cards, we have learned about this. It is difficult to comment on something with which one does not agree at all – one can’t get one’s head around it. As for our authorities, on their part we see silence, no reaction at all. The ambassador has not been summoned to explain himself, which indicates that they are basically singing from the same hymn-sheet – everything is clear; an action-plan has been included, and it has begun to be implemented; as for what happens next, well, this largely depends on each of us. We must understand one simple thing: we are not opponents of the Russian Federation, we are not opponents of the Russian people, but to represent us as crazy and abnormal and to present this to the people and society as the actions of the opposition, no, here the whole society is outraged, and the opposition is not yet leading this indignation. The chain of events can develop very rapidly – today on Telegram-channels information has been posted to the effect that there is a certain commission considering transit through Abkhazia to Georgia and further to other countries.

– What is your attitude to this, Aslan?

- In any case, no matter what is discussed, if there is such a decree from the head of state, if such a commission has been created, if there are members of this commission and if tasks have been set, how can this be done again in secret? Why is it that everything the government does today it tries to do in secret? All this leads to the people being sidelined. In general, by will of the authorities, we are becoming ordinary statistics before whose noses and before whose eyes events are flashing by, and we are not meant to know about this or give our assessment. Political figures who find themselves so structured and in such a regime, sooner or later end up badly. If someone wants to remain portrayed in the history of Abkhazia as a traitor to the interests of the Abkhazian people, the flag is in their hands to fly! For the sake of the state, for the sake of the people, for the sake of peace and development, we are ready to participate at different venues, but just as they didn’t hear us two years ago, they still don’t hear us now…

- You mentioned a certain plan – if possible, outline its contours, how, in your opinion, or what kind of plan is this and what is its essence?

- The first such transfer is energy, the second transfer is the state-dacha, the third transfer is trout-farming, the fourth and most important thing facing us today is the purchase and sale of land, real-estate and the like. These are the points that we are already actually seeing – as for what will follow, e.g. transit through Abkhazia and other things, we become aware of these only after the fact, unfortunately. You and I understand that for two years there has been no message from the president to the People's Assembly in which the outline of any plans should have been included. But, no, it's all like snow falling on the head, like a surprise. We just have to sit, scratch our heads and think, what kind of surprise will we be getting tomorrow? In the end, if you have a specific plan, then voice it before us all! What do you want, where are you taking us? But no-one says anything about this. Did you ask the veterans, did you ask those who fought for this, did you ask the mothers, the sisters who lost their loved ones? Whom did you ask? And to what end are you taking this forward? Are you making billions and millions in a desire later to enter some élite club somewhere abroad? But here what is going to happen? Here you will go down in history as the people who ruined the state, who deprived the people of their dream of building an independent free state!