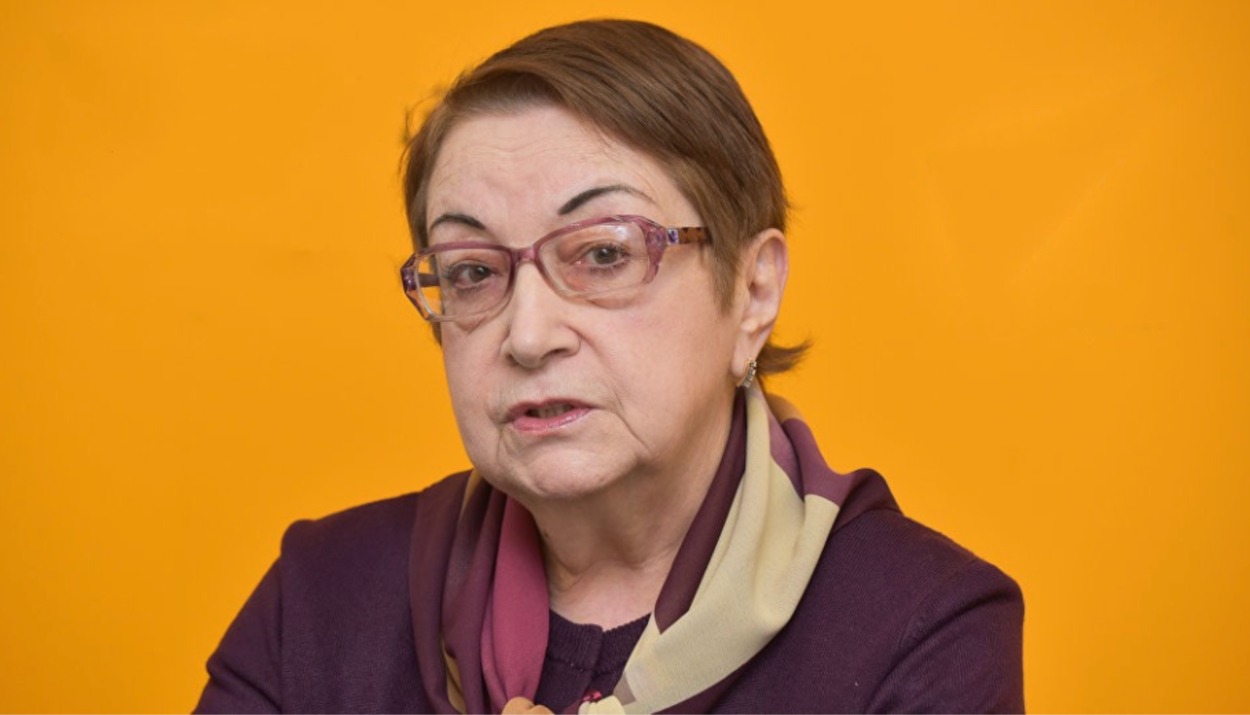 Natella Akaba is a historian, politician and civil society leader in Abkhazia.

Natella Akaba: Making Amendments to the Constitution is Common Practice in Most Countries of the World Because the Situation Changes With Time.

On October 9, President Aslan Bzhania signed a decree on the establishment of the Commission on Constitutional Reform. The commission is headed by Natella Akaba, Chairperson of the board of the Association of Women of Abkhazia, former member of Parliament (from 1991 to 1996). In an interview to ApsnyPress, Akaba shared her view on the tasks of the commission.

ApsnyPress: Natella, when will the commission on constitutional reform start working?

Natella Akaba: At this stage, preparatory work is underway to hold the first meeting in the near future. We consider it necessary for the President to take part in it and set out his vision of the priority areas of reforming the Constitution and the expected results. This will help us to develop a concrete action plan and start implementing it. I hope the commission will start working intensively in November. As far as I know, some members of the commission already have some experience in preparing amendments to the Constitution. Also, a number of MPs have prepared relevant proposals.

For many years there have been discussions in Abkhazia regarding the need to reform the Constitution in order to redistribute powers between the President, the Government and the People's Assembly (the Parliament). This seems to be logical, given that the Constitution of the Republic of Abkhazia was adopted in the difficult post-war period, when the threat of the resumption of hostilities with Georgia was very acute, and when Russia imposed a blockade on Abkhazia, while the leading international organizations put undisguised political pressure on Abkhazia. ... Due to all these factors Abkhazia, an unrecognized country with ruined economy and infrastructure, needed a strong presidential power at that time.

Initially the head of our state was the Chairman of the Supreme Council. However in 1994, Zurab Achba, an MP  and a well-known lawyer, initiated a provision in the new Constitution, by which the President became the head of the Republic of Abkhazia, and he was assigned by the Basic Law the broadest powers. Vladislav Ardzinba thus became the first president of Abkhazia.

AP: How do you see the work of the commission?

NA: Unfortunately, the current situation with COVID-19 makes our work much more difficult. In order not to put the members of the commission at risk, we will have to take precautions and work mainly remotely. At the same time, we will make efforts to inform the public about the work of the commission. As you know, the commission consists mainly of legal experts who will take on the main burden of drafting amendments to the Constitution.

As I said, the need for reforming the entire political system in Abkhazia has been discussed for quite some time. In January 2015, by the decree of the then President R. Khajimba, a commission on constitutional reform was established, but systemic changes did not take place. Perhaps this was the impetus for another political crisis that took place in January 2020.

AP: There were many comments on social networks about the participation of several representatives of non-governmental organizations, including you, in the commission? What do you think about this?

NA: I think it is quite natural that the commission includes not only lawyers, but also public figures and representatives of NGOs, which, as a rule, have the status of charitable organizations. These civil activists are engaged in human rights activities, in solving various social problems, supporting war veterans, helping to eradicate domestic violence, strengthening the institution of the family, and, as much as possible they form a positive image of Abkhazia. They carry out their activities strictly in accordance with the Abkhazian legislation, including the RA Law “On Non-Commercial Organizations”. All this indicates that NGOs are doing important work in the interests of our society and the state as a whole.

As for comments in social networks regarding the inclusion of NGO representatives in the commission, it should be noted that some of these comments are clearly aimed at discrediting Abkhaz NGOs. As a rule, these are rather active anonymous people who spread false information about the activities of Abkhaz NGOs, accusing them of promoting some “alien values”. It can be assumed that these ardent opponents of NGOs are not familiar with our Constitution, which recognizes and guarantees the rights and freedoms enshrined in the Universal Declaration of Human Rights, in the International Covenants on Economic, Social, Political and Cultural Rights and other universally recognized international legal acts. However, the current government, like the majority of citizens of our country, quite objectively and positively perceive the activities of NGOs and are willing to cooperate with them.

AP: What role can civil society play in the process of reforming the basic law of our country?

NA: There is no doubt that a rather strong civil society has formed in Abkhazia, which is a confirmation that our country is a democratic state. I am convinced that the participation of representatives of public organizations in the work of the commission will help to inform the general public about the reasons for the need to reform the political system of our country and what positive results this can lead to. Also, civic activists already have some groundwork for amending the Basic Law of the Republic of Abkhazia, aimed at creating a system of a more effective mechanism for local self-government, strengthening public oversight and the fight against corruption, etc.

AP: How do you personally feel about the idea of redistributing powers, which has been discussed in society for over 15 years?

NA: I support this idea, especially since amending the Constitution is something that is practised in most countries of the world, since the situation changes over time, both in the countries themselves and in the system of international relations. And Abkhazia is no exception, it needs reforms in the public administration system. I agree with the opinion of the majority of Abkhazian political figures, including President A.G. Bzhania, regarding the fact that the reform of the system of state power and administration will strengthen the internal political stability in the country. If part of the powers of the President in the field of economic, social and cultural development is transferred to the Government, and the head of the Government is appointed by the President with the consent of the People's Assembly, this will make the management system more balanced and, therefore, more effective.

AP: What do you think about the current electoral system in the Republic?

NA: I think that it also needs reforming. Perhaps it would be advisable to introduce a mixed system in the country – both majority-based and proportional. This will ensure both regional and party representation in the People's Assembly and increase its potential. In addition, I believe that this will contribute to the creation of a full-fledged multi-party system in our country.

This interview was published by ApsnyPress and is translated from Russian.