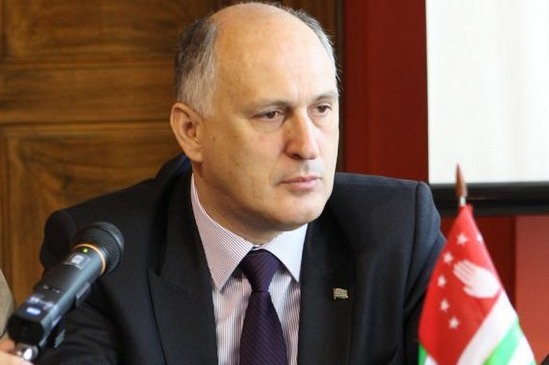 Interview to the News Agency GHN

- Viacheslav Andreevich, you noted in one of your comments that you did not want to destroy the Geneva Discussions because of an irreconcilable position. At the same time you stressed that you would not be able to continue your participation in the old format of the Discussions and thus change of the format to the level of delegations and elimination of two working groups are being considered. Meanwhile, the Georgian side thinks that “if you want to destroy the format you sart speaking about the change of format”. Is it possible that the Abkhaz, the South Ossetian and the Russian sides are trying to destroy the format? How do you see further prospects of the Geneva negotiations?

- At present all participants take part in the Geneva Discussions as individual experts though in fact there are delegations of the sides – Abkhazia, South Ossetia, Georgia, Russia, the USA and representatives of the EU, the UN and the OSCE. This format was imposed on the participants in 2008 due to the flat refusal of the Georgian delegation to negotiate with the representatives of Abkhazia and South Ossetia on equal terms. At that time we accepted this expert format as a compromise. Perhaps it was our mistake. But at that time no one thought that the negotiations would be so protracted. However, for more than four years we have been going around in circles because of the persistent reluctance of Georgia to sign the nonuse of force agreement with Abkhazia and South Ossetia. Moreover, it is not possible to sign a legally binding agreement on nonuse of force or any other joint document within the present format, in which all participants officially act as individual “experts”. That is why we proposed to raise the level of the negotiations from experts to delegations in order to have legitimacy to sign relevant agreements in Geneva. I want to stress that our countries will be very difficult to find comprehensive resolution of relations between our countries unless the parties have a written agreement sighed by their authorized representatives and guarantors of the agreement (Russia, the USA, the UN, the OSCE and the EU may act as guarantors). Apparently Georgia is not yet ready to sign such an agreement. At least it applied to the previous government. We understand that now there is a post-election transitional in Georgia and we are ready to wait until the new authorities formulate their approach to the Geneva negotiations. If they make constructive proposals we are ready to consider them. But if the new leadership will be flatly rejecting all our proposals, there is no sense for us to continue these negotiations.

- As far as I know Abkhazia is not negotiating on this issue. It is not a secret that there is no real interest in Abkhazia in opening the railway transit through our country. However, if we receive any concrete and interesting proposals we are ready to consider them, as our President stated.

- It is well-known that your predecessors, representatives of the Government under Sergey Bagapsh, had active contacts with the Georgian side. We would like to know if you have any contacts, at least “personal” ones , with the official representatives from Tbilisi?

- I do not have any contacts with the Georgian representatives other than in Geneva.

- What is your opinion about Bidzina Ivanishvili and his policy vector? Is there any hope for certain improvement of the relations?

- We still hope that the realistic approach to relations with Abkhazia will prevail in Georgia though we know from experience that in the past such expectations would always prove to be false. I hope that this time the situation is different. It should be understood that the bloody war of 1992-1993 and the consequent blockade have fundamentally divided our peoples and that in order to restore good neighborly relations we used to have we need time and efforts of politicians from both sides. Georgia must finally give realistic assessment to the political realities which were established in the region after the Georgian-Abkhaz war, and especially after August 2008, and to form its policy towards Abkhazia on the basis of such realistic assessment. We will never move forward in our relations unless all parties demonstrate political realism and pragmatism. However, so far we have been getting quite contradictory signals even from the representatives of the new authorities. For example, in the harsh rhetoric of the Georgian Foreign Ministry we see the old approaches which brought our relations to a dead end. Zakareishvili and Alasania are giving more positive signals but it is still just rhetoric. We are alerted by the statements of the new leadership; it is a grave mistake if they think that they can return Abkhazia and South Ossetia by improving their relations with Russia. I we have made our determination and ability to defend our national interest celar to everyone. There is no simple solution. Recognition of the Abkhaz independence by Georgia is the only way to comprehensive and large-scale resolution of our relations under the present conditions. There is no other way.

- It is natural that the Georgian society is following the recognition of Abkhazia on international arena. Can we expect recognition by new countries in the nearest future?

- We have every reason to think that despite the significant efforts of Georgia and its allies, the USA and the EU, to prevent recognition of Abkhazia by other countries of the world the process of recognition will continue.

- After a long period Russia and Georgia have finally launched negotiations. We have information that this is quite scary for the Abkhaz Уsociety and there are some fears that one day due to its common strategic interests with Georgia Russia will betray Abkhazia. What is your position concerning such fears?

- There is no real concern about improvement of the Russian-Georgian relations in the Abkhaz society. It is very naïve to think that Russia will give up strong relations of partners and allies with Abkhazia and South Ossetia for the sake of momentary interests. I am confident that it will not happen.

- Viacheslav Andreevich, I would like to know if you have been to Georgia and whether you have friends there? What would you wish the Georgian people and the new government?

- I was in Tbilisi long ago, in the late 1970s. In 1980s I was a friend of an orientalist Irakli Machavariani, who could not resist the temptation to become later a politician, just like me. I had good relations with Paata Zakareishvili and a number of other Georgian political scientists. Some of them, like Zakareishvili, became politicians. I am confident that we should find the way to restore relations between our peoples. But it is not an easy task. The image of Georgia brings quite negative associations in Abkhazia: the war, in which took the lives of the best representatives of the Abkhaz nation, the consequent blockade, the continuing efforts of Georgia to isolate Abkhazia from the rest of the world and so on.

One has to understand two things. First, we will never renounce our independence and every politician in Georgia must know this axiom. Second, the changes which have taken place in the relations between Abkhazia and Georgia for the last twenty years are irreversible and it is not possible to return to the situation ante bellum. If Georgia wants to improve relations between our countries it should build its policy towards Abkhazia based on these two postulates. By agreeing to negotiate with us in Geneva Georgia de facto recognized Abkhazia. Now they have to make this psychologically hard motion and recognize our country de jure. Only this will become a breakthrough in our relations. There will still be some complicated issues, for example compensation for the damage inflicted during the war. But it is the only way to reach long-lasting peace between our countries and peoples.

The alternative way is to have eternal hostility and huge losses in economic development of our countries due to the lost opportunities like participation in large-scale regional economic projects. I will be beneficial neither for Abkhazia nor for Georgia. Therefore Georgia must choose between the two alternatives: lasting peace or eternal hostility.