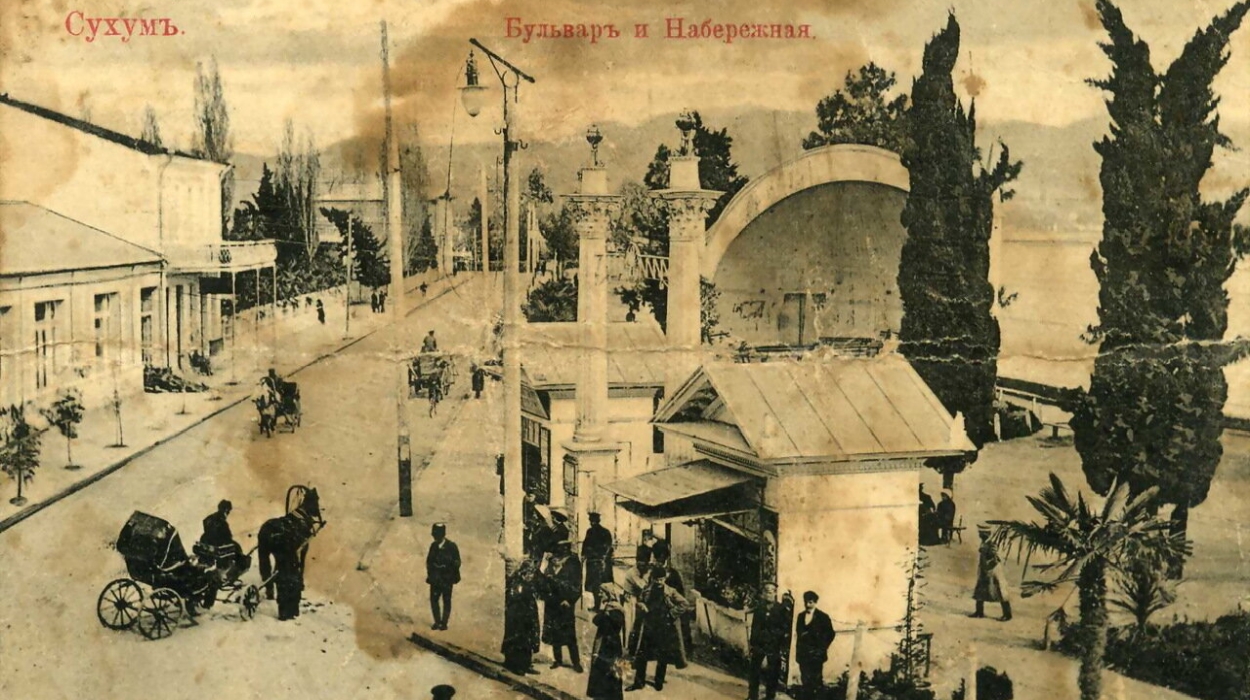 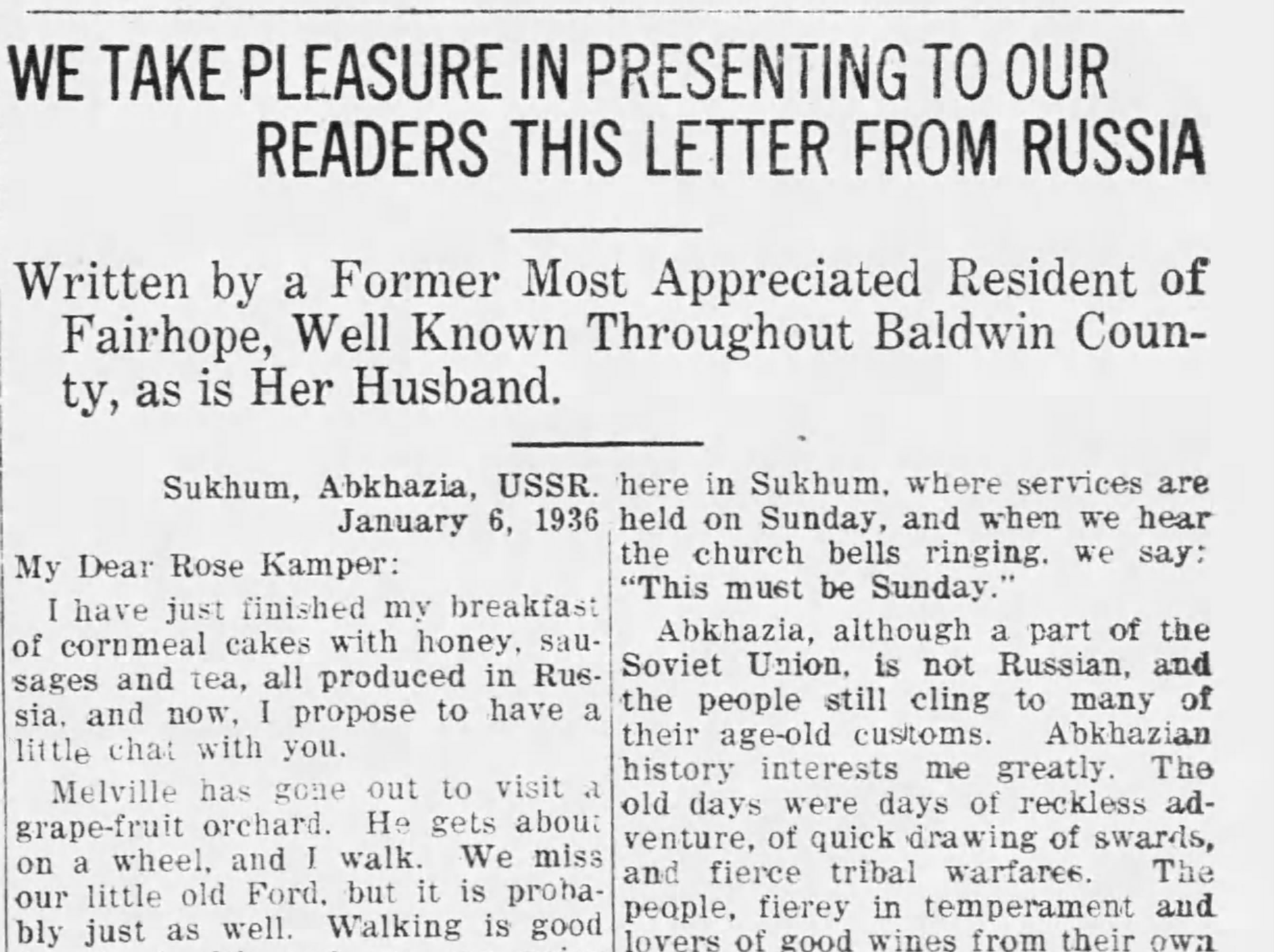 “Abkhazia, although a part of the Soviet Union, is not Russian, and the people still cling to many of their age-old customs. Abkhazian history interests me greatly...”

“In native costume, they are striking and picturesque. On the street I frequently meet men wearing leng coat coarse wool with skirts flowing to the ankles, sometimes even sweeping the ground.”

"Abkhazians are fine horsemen, and ride their horses as though born in the saddle, their long capes of back fur, wide and square at the shoulders, sweep far back across the horses' haunches, envelopinig them in an air of grand magnificence."

"In Sukhum, we see many different nationalities- all intensely interesting in face, dress and conduct. Besides those belonging to nations of the USSR, there are Greeks and Germans in considerable numbers. The Armenian type of beauty attracts me especially. A beautiful young Armenian girl comes for our laundry. But their beauty, I am old fades early."