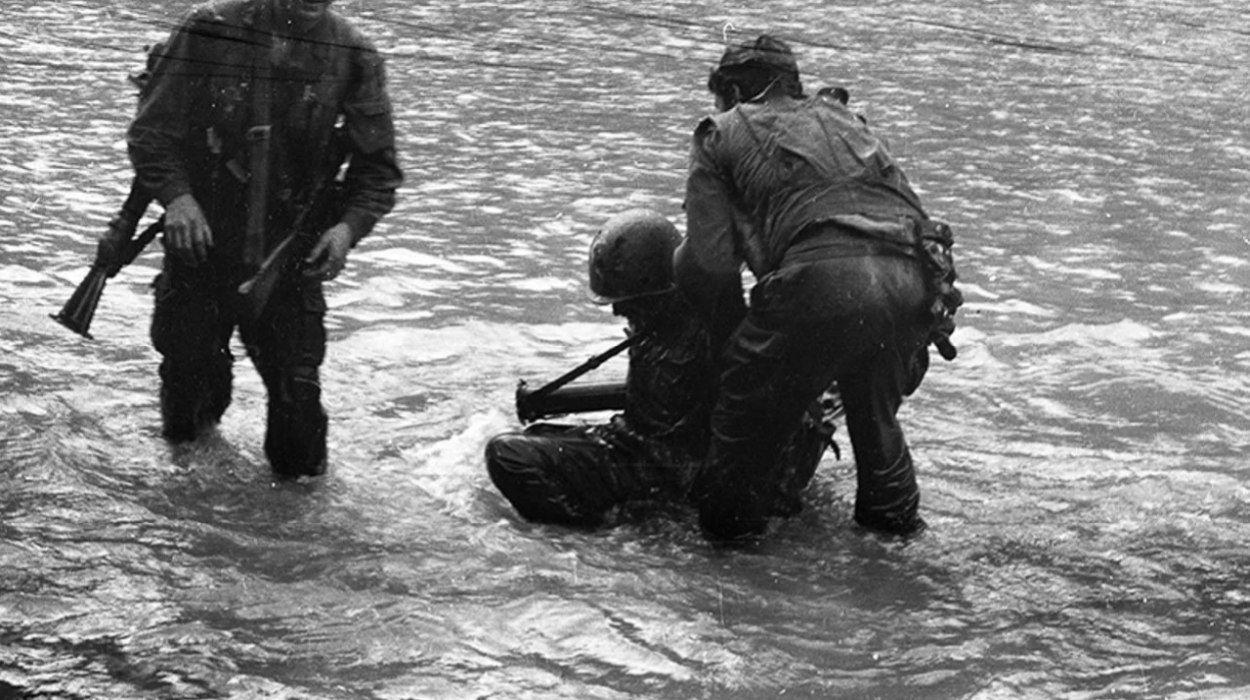 In 1993 January offensive, 37 Abkhazian fighters were killed and more than 100 people were injured.

On 5 January 1993, the Abkhaz army attempted to storm the capital of the republic occupied by the troops of the State Council of Georgia.

In that offensive, 37 Abkhazian fighters were killed and more than 100 people were injured. Despite the failure, the January offensive became an important milestone on the road to victory.

On January 5, 1993, the advanced units of the Abkhaz army set out to take the offensive and drive enemy troops out of the occupied capital of Sukhum. However, this attempt was unsuccessful. During the operation, 37 Abkhaz fighters were killed. According to the memoirs of Ilya Gunia, a Knight of the Order of Leon and member of a BMP crew, the January offensive was one of the most difficult. At that time, it was clear that the infantry had to establish a foothold on the other side of the Gumista River in order to allow the entry of military equipment. Given that the enemy was firing intensively, losses were inevitable.

"My comrades and I decided to attempt a breakthrough right along the Gumista bridge. We drove to the bridge in the BMP while shooting, but they started telling us on the radio that there was a ditch on the other side that we couldn't cross. We turned around on the bridge and retreated. Then we retrieved our wounded and deceased comrades," Gunia remembered.

The fighters of the Abkhazian army did not have time to break through the machine gun fire and the hail of bullets from automatic weapons. Gunia noted that many expected the January offensive to be decisive, but their hopes were not fulfilled. However, the failure did not diminish the morale of the defenders of Abkhazia. 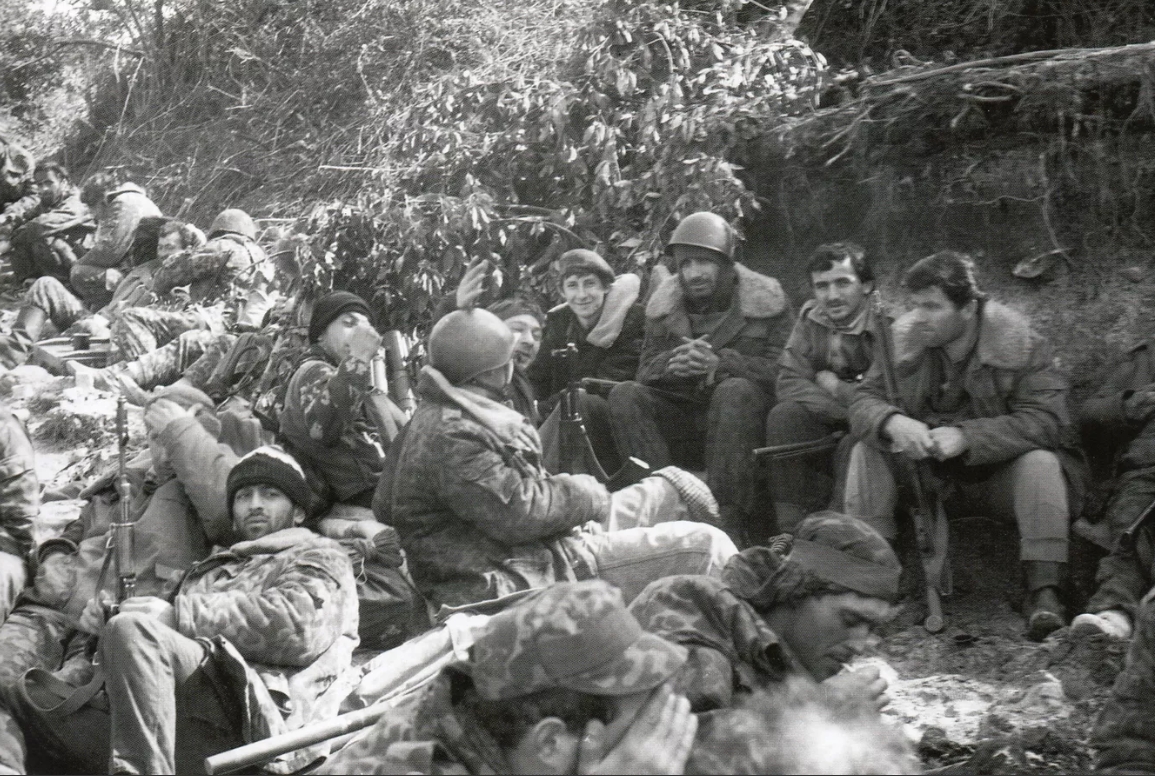 Looking back many years later, Ilya Gunia believes that it was precisely these lost battles and the experience gained by the Abkhazian army that eventually led to victory. There is no victory without defeats, he is sure.

"When it became clear that the operation was failing, we were in a very depressed mood. But at the same time, we learned a lot from the January offensive, which turned out to be a failure. We recognized our mistakes. This is one of the failed operations that ultimately led us to victory," Gunia said.

To Save the Eastern Front

Assessing the outcome of the January operation, historian Aslan Avidzba remembered the words of General of the Abkhaz army, Sultan Sosnaliev, who called this offensive a dress rehearsal for the victorious offensives in July and September.

"Many consider the January and March operations to attack Sukhum to be unsuccessful, but this is not entirely true. In those circumstances, the main task was to practice command and control of troops in large-scale operations, to identify the strengths and weaknesses of the enemy, who outnumbered us four times in personnel and 15-20 times in artillery. It was thanks to the combat experience gained then that the September operation was successfully carried out..."
— Sultan Sosnaliyev

"Of course, it did not achieve its goal, but the main purpose of the January offensive was to divert the main enemy forces from the Eastern Front. In the lead-up to the new year of 1993, large-scale military operations were being carried out in eastern Abkhazia by Georgian forces. It was clear that for successful resistance, Abkhazia had to stand on two fronts. Therefore, the military command and political leadership of the republic decided to launch the January Offensive on the Gumista Front," Avidzba said.

According to Aslan Avidzba, at that time it was understood that the offensive would likely not lead to major results, namely the liberation of the capital of Abkhazia. However, the main task of diverting enemy forces from the Eastern Front was accomplished.

The January offensive was not well-prepared, but it was necessary to save the Eastern Front, said Irina Papba, a war veteran and recipient of the "For Courage" medal. 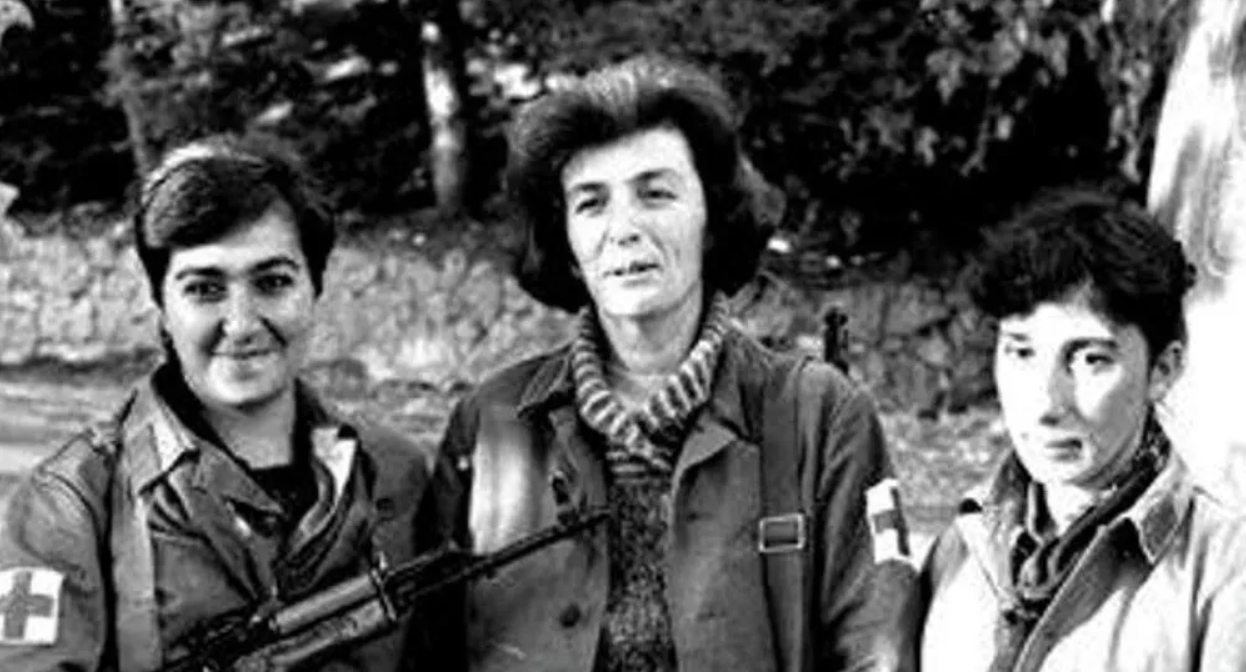 "Those units that crossed the river fought heroically, but encountered a defence that they were unable to break through. For the first time, we lost so many people at once. We saw our soldiers from above, how they tried to hide under tangerines, they had no opportunity to go back or move forward."
— Irina Papba

The bodies of the dead and wounded after the battle could not be taken away. The Georgian side demanded their exchange for their prisoners of war. On the fifth day after the offensive, the troops of the State Council of Georgia exchanged 23 bodies of Abkhaz fighters for living prisoners. 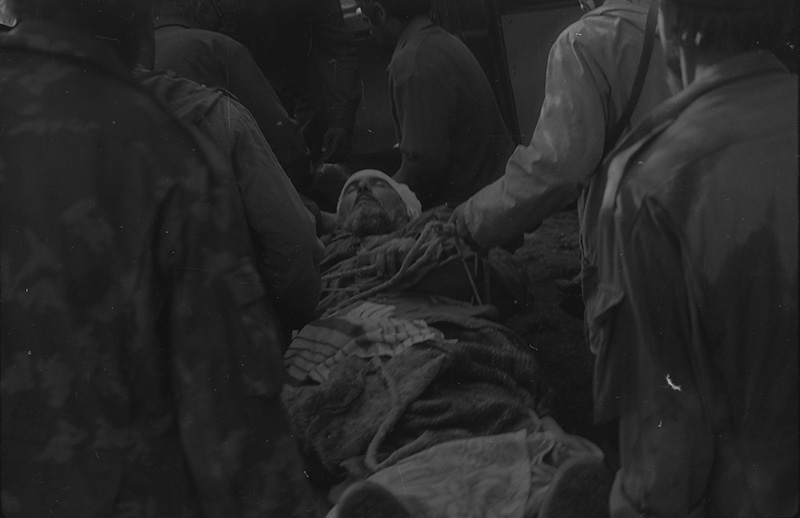 "Some of the bodies were still warm, as our wounded were killed before the exchange," she concluded. In her opinion, the January Offensive is one of the most tragic pages in the history of the Patriotic War of the Abkhaz people.

On 5 January 1993, during the Patriotic War of the Abkhaz people, units of the Abkhaz army attempted to storm Sukhum, which was occupied by the troops of the State Council of Georgia. The advanced units broke through the defence line of Georgian troops in the lower reaches of the Gumista River. Fierce fighting continued until the evening, but the Abkhaz fighters were forced to retreat. In those days, the Abkhazian army lost 37 fighters and more than 100 were wounded.

Indeed, the Abkhaz losses over the next year were dramatic. As the army was being formed during the war, rather than in preparation for it, training during fighting was inadequate to prepare fighters for battle. As a postwar assistant to the minister of defense confirms, “Creating an army is not easy. You need tens of years to create an army. I have been an assistant to the minister of defense for fifteen years, and I can say that something close to an army started to appear only ten years after. It used to be called an army in the past as well, but the qualities necessary to hold fighting operations as an army would require long schooling.”

Despite training that began in the east and west of Abkhazia, the transformation into an army was a gradual process, and military failures started right after the successful Gagra operation. By October 13, the Abkhaz took the strategic mountain height of Tsugurovka over the Gumista front line to attack Sukhum/i, but were forced to retreat, with losses. On October 26, the Ochamchira/e operation in the east failed due to weather changes and engine malfunction, delaying support for ground troops from the sea. But the most significant losses were in the January and March 1993 attacks on Sukhum/i.

The Abkhaz planned the January 5 attack on Sukhum/i as the Georgian presence intensified on the east front. The headquarters envisioned a three-pronged attack similar to that at Gagra, with two battalions fortifying the lower and upper bridges across the Gumista River and the third going into battle. Georgian forces, however, prevented the crossing with fire, and some Abkhaz units were late or did not show up for the operation. Those units that crossed the river did not get support, and the operation failed. A fighter at lower Gumista tells, “We sat in ice-cold water for seven hours . . . under sniper cross fire” (interview in Khodzhaa 2009, 48). “We guarded the entire position from Tsugurovka up, but the operation was canceled,” a fighter at the upper Gumista says. Thus, thirty-five Abkhaz were killed and dozens injured (Pachulija 2010, 139).

Commanders drew lessons from these losses: “We learned as we went. There were failed attempts from lack of knowledge. For example, in January 1993 we went right to the enemy’s front. Many died, many were captured. But the spirit remained. Then we used other tactics, started utilizing [mountain] heights.”

In March, a stronger Abkhaz force was to attack the lower and upper Gumista, using the Tsugurovka height. The attack was postponed by a day due to communication issues. When it began on March 15, some units once again were late or did not show up, and a Georgian counterattack forced most Abkhaz to retreat. “We went to the Gumista in March. There was no support, no communication,” participating fighters say. “The March attack was the most difficult, [as] they took control of the height, bombed us.” Some units broke through, but could not make it to Sukhum/i. As a commander recalls, “All battalion commanders signed orders— at what time one would cross the Gumista River, who would go through to the top. It was a shuttle method—one group from the battalion crosses the river, takes the trenches through battle, and sits there. Then the others cross the river. But the others did not come. If they had come, Sukhum would have been freed that same day. . . . [It] was almost free of Georgians. But we could not manage. The plan died. Many were killed then.”

This was one of the darkest episodes in the war for the Abkhaz, with 222 deaths and further injuries (Pachulija 2010, 175). One unit lost half of its fighters, for example. Its commander says: “We went as thirty-one people and came back fifteen. Sixteen remained there injured and dead. We could not take everyone.”

The legitimacy that the transformation to an army gave to the Abkhaz force did not translate into military prowess on the ground. Commanders and fighters admit to inexperience and mistakes:

Before each operation commanders got orders and were supposed to open an envelope [with the orders] at a specific time. But there was inconsistency among commanders. Many were inexperienced, did not implement orders, not everyone opened their orders on time. When we had a task to take a location, we sent a few battalions as cannon fodder, but we should not have done this.

We did not have regular forces, had few weapons, disorganization, even if I do not want to say this. There was no experience. Commanders may have been experienced, but it was not easy to organize fighters. Sometimes commanders said one thing, but the boys did another.

Almost all participants say that they learned from these mistakes and prepared differently thereafter: “We participated in all the attacks—January, March—the unsuccessful ones. Many died. We drew implications and prepared otherwise.” Russian training was particularly important in this regard: “We had training with Russian instructors. There our Abkhaz army was really prepared. We were no longer some militia. . . . Those who prepared us said, ‘You have to fight not with the number but with the skill.’ Because the numbers in our army were not high, the skill brought all the success. . . . This [training] helped with the planning and preservation of the battalion.”