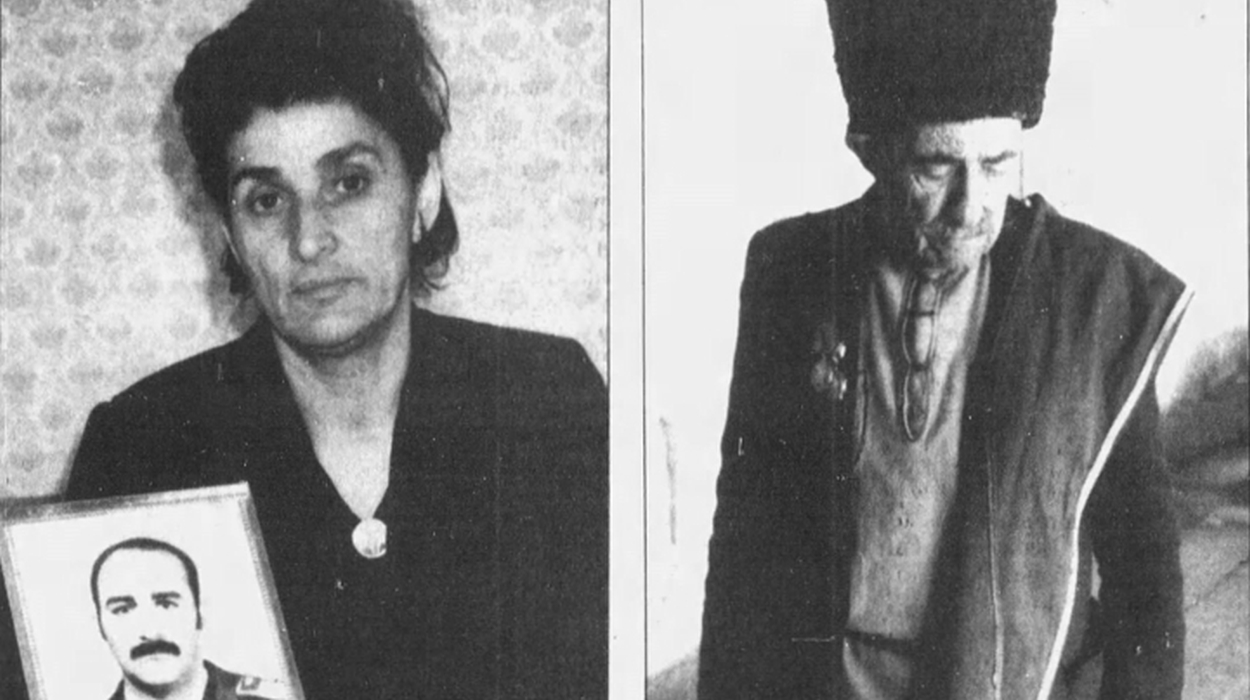 The following excerpts were published in The Baltimore Sun newspaper by Scot Shane on January 26, 1989. 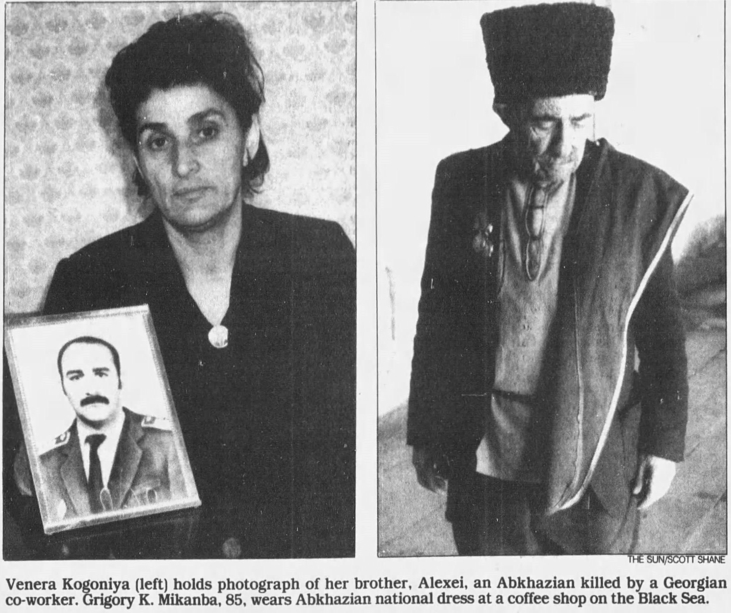 People's deputy of the USSR, Member of the Committee to Combat Crime, Comrade A.A. Korshunov.

Our brother Alexei Chigitsovich Kogonia was deliberately killed by an employee of the line-militia of the Sukhum Airport, Givi Kvaratskhelia, during the well-known events in Abkhazia on 16.07.1989.

In the evening of 16.07.1989 a crowd of aggressive extremists of Georgian nationality (D. Gadua, L, Sanaja, N. Dzhashashashvili, Z. Bedia, E. Dzhadzhvani) suddenly burst into Kogonia's office while he was on the phone during having an official conversation and simultaneously began to beat him up.

Diana Gadua jumped at Alexei Kogonia, grabbed his phone-receiver and started to beat him on the head with it; Lamara Dzhashashashvili tore off his epaulettes, ripped off his flight-uniform and pulled off all his buttons; Eteri Dzhadzhvani hit him in the face with her fists. Then Zaura Bedia forcefully took him to the square. Despite the fact that the victim's car was parked nearby, he could not escape from the angry crowd of extremists. An order was heard from Diana Gadua: "Esrole, esrole" [Georgian for "Shoot, shoot"] addressed to policeman Givi Kvaratskhelia, who did not take long and shot the innocent young man point-blank on the left side of the back just for his being of Abkhazian nationality.

It should be noted that the murder of Alexei Kogonia took place in front of the head of the airport-police, Gadelia, who did not prevent his murder with a single gesture, even though he witnessed the slaughter, but it did not concern him.

In connection with this circumstance, on 9 September, we made a complaint to the First Secretary of the Abkhazian Regional Committee of the Communist Party of Georgia, the Chairman of the Council of Ministers of the Abkhazian ASSR and the Chairman of the Commission of the Supreme Council of Abkhazia concerning the events of 15-16 July 1989, in which we requested the cancellation of the order of Kvirkvelia the head of the investigative department of the Prosecutor's Office of Georgia, that he be punished and the case returned to the investigator E.A. Taradanov. In accordance with our request, the investigation of our brother's case was returned to investigator Taradanov on 19.09.1989. Nevertheless, for his illegal anti-Abkhazian actions Kvirkvelia was not punished or withdrawn from Abkhazia.

Regarding this issue, on 03.10.1989 we appealed to the Deputy Prosecutor General of the USSR, Comrade V. I. Kravtsev.

Due to the fact that Kvirkvelia, the Head of the Investigatory Department of the Office of Public Prosecutor of Georgia, is in fact the executor of the will of the Georgian non-formal extremists, supports the murderer Kvaratskhelia by his illegal actions, is in constant communication with relatives of the murderer, and has thus already compromised himself, we ask your assistance to severely punish Kvirkvelia and remove him immediately from all cases of the July events in Abkhazia and recall him from Abkhazia.