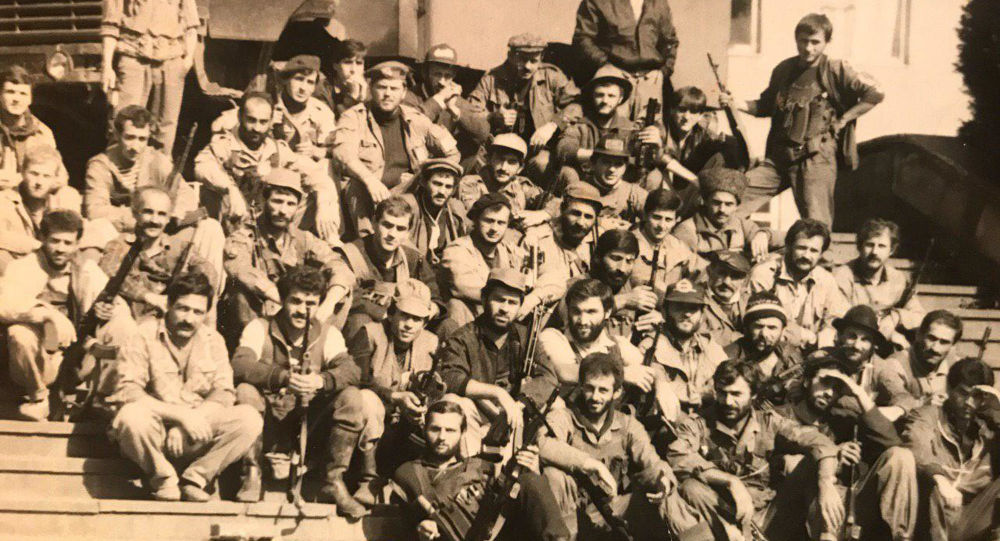 Otar Gogua, one of the organisers of the "Scorpion" group and a holder of the medal "For Courage", can be called lucky. On 14 August 1992, he managed three times to escape from armed Georgians. He came to his native Tquarchal and, together with his comrades, put together the group "Scorpion".

This is the story about how the war began for Otar Gogua, how he put up the first resistance and how he organised "Scorpion".

The 14th August 1992 began for Otar Gogua as an ordinary day. As they say, nothing was foreshadowed. In the morning, he and his friends went to Sukhum. 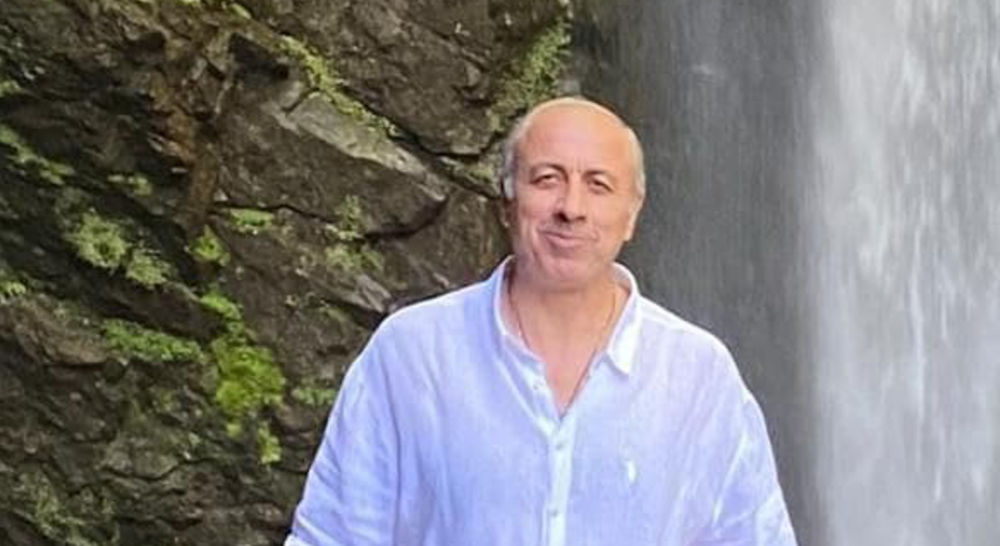 “We forgot some documents, and so I returned to Tquarchal for them, and my friends drove on. I picked up the documents and went to Sukhum again. At the Baslakhuba turning, I saw military equipment heading for Sukhum; I thought they were Abkhazians, and I was even glad that our lads had such equipment. I drove around them. In the village of Kyndygh I saw a crowd of people. I did not understand what had happened, I could not even imagine that the Georgians might attack us. Three cars were driving ahead of me. I saw how they stopped these cars and began to beat those who were travelling in these cars. At that time I had a beard. It turns out that, when I was driving past the vehicles at the Baslakhuba turning, the Georgians took me for one their own. In Kyndygh I parked my car on the side of the road near the vulcanisation-plant and went over to the crowd. I go up, and everyone there is talking in Georgian. They look at me, but no one took me for a stranger, and no-one started asking questions," Otar recalls.

At that moment, a fuel truck was driving towards the crowd from the direction of Sukhum. The Georgians began to demand that the driver stop, and, when the driver did not obey, shots started to be fired from the crowd.

“The car stopped; the Georgians dragged the driver out of the cab and shot him on the spot. I, of course, did not like any of this. I got into my car and drove to the Okhurej post, where our Abkhazian guardsmen were. We were there almost every day. Our lads were doing military service, and from time to time we helped them. We saw what mutual relations existed between Abkhazians and Georgians and periodically asked our lads at the Okhurej post about the situation. I decided to go there to find out what was going on.

Before reaching the post, Otar Gogua saw a tank and an infantry fighting vehicle. And next to this BMP, his comrades were sitting on the ground with their hands up. These were the first prisoners-of-war captured by the Georgians.

“When I saw the lads on the ground, I didn’t turn off the engine. I’m looking at this lad Kachabava, our acquaintnce, whom we called Chyrbej. I asked him: ‘Chyrbej, what happened?’ He raised his head and shouted in Abkhaz: ‘Run, they will kill you. The Georgians have attacked us.’ As soon as he said this, one of the Georgian guards hit him with the butt of a machine-gun; Chyrbei fell to the ground. Then another Georgian appears from behind the BMP with a machine-gun and waved his hand at me for me to drive up to them. They even started shooting, but they did not shoot at the car itself, but a little way above – apparently they liked the car, but it would not have been a problem for them to kill me," he relates.

Otar managed to get away from the Georgians this time too. Not suspecting anything yet, he decided to return to Tquarchal. In the region of Ochamchira, he met a Russian woman.

“I ask: ‘Granny, what happened?’ She answers me with a question ‘ Son, who are you by nationality?’ I say: ‘Abkhazian.’ She told me: ‘Run, I beg you, run! The Georgians have attacked the Abkhazians. Run, how are you standing here?’ "

“I went to the village of Akwaskja; there was a car-service there, with several cars standing. I ask the lads: ‘What’s happened?’ They answer: ‘War,’ " Otar recalls.

In Tquarchal, Otar met his comrades, who, just as he did not reach Sukhum, at the Okhurej post were also able safely to escape from the Georgians.

“That evening, at the crossroads in Baslakhuba, we made our first sortie – at that time they killed the first of our lads there. And we set ourselves the goal of avenging them. We had to protect our families, our parents," explains Otar Gogua.

The Scorpion group, as noted by Gogua, began to form practically from the very first days of the war. Otar, together with friends Valera Gogushvili, Nodar Kakubaa and Robik Dochia, began to gather fighters. And when the question arose of what the group would be called, the former Afghan veteran Robik Dochia suggested "Scorpion".

"In Afghanistan, the most desperate group was called Scorpion. Let's call it that," he said. “And that's what we called it," recalls Otar Gogua.

The Scorpion fighters, according to Gogua, were fearless. During the war, many of Otar's comrades died. And today, as the veteran admits, their images often appear in front of our eyes.”