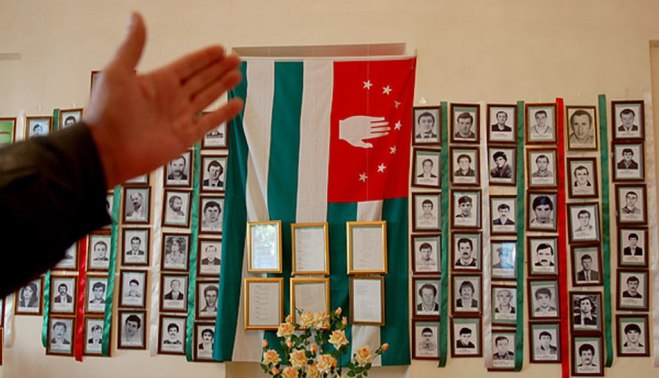 In the summer of 2012 a collection of reminiscences of the Georgian-Abkhazian war of 1992-93 by some of those who had experienced it on the Abkhazian side was put together and an English translation of the Russian original text commissioned. The translation was duly prepared, and, at the last moment, an introduction by the commentator Spartak Zhidkov was submitted for translation. Though the translator stated her willingness to check the final revision before the manuscript went to the printers, the revised text was published without her being given a chance to proof the material. The Russian and English versions were published separately in the autumn of 2013. When the English text was finally seen by the translator, she immediately noticed inaccuracies for which no native English speaker could possibly have been responsible. Additionally, Zhidkov’s Introduction had been cut in its entirety and an unseen post-script added. The excision of the Introduction is particularly unfortunate, as it is referred to in Footnote 3 on p. 341 of George Hewitt’s Discordant Neighbours. A Reassessment of the Georgian-Abkhazian and Georgian-South Ossetian Conflicts (Brill, 2013). In view of all of these factors, the original English text as produced in the summer of 2012 is here offered to interested parties.

Translator of the collection