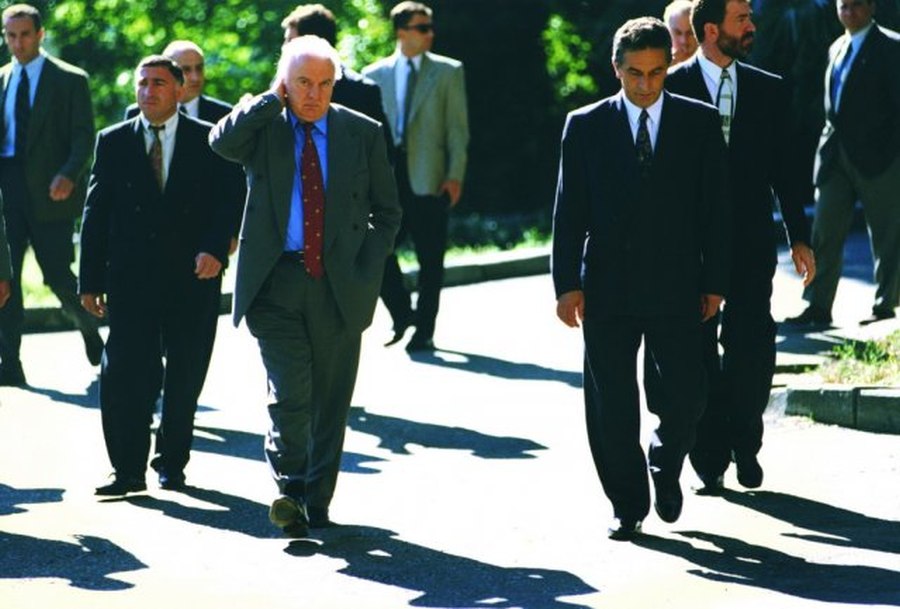 After 30 years Georgians still refuse to acknowledge their own responsibility for the conflict with the Abkhazians and fail to understand that there can be no resolution to it until they accept that the direct parties to their Transcaucasian disputes are the Abkhazians and South Ossetians (NOT the Russians).

George Hewitt
Emeritus Professor of Caucasian languages at the School of Oriental and African Studies, a fellow of the British Academy.

July 2019 marks the 30th anniversary of the first fatal clashes between the Georgians and the Abkhazians in the decades- (if not century-)long dispute over ownership of the small territory known to the autochthonous Abkhazians as Apsny, to the Georgians as apxazeti, and to most of the world as Abkhazia.

With Georgian Joseph Stalin and Mingrelian Lavrent’i Beria safely in their graves (both left the scene in 1953), Abkhazia was to witness disturbances related to local dissatisfaction with domination of their affairs by Tbilisi once a decade at roughly 10-yearly intervals, that in 1978, which inter alia saw the painting over of Georgian names on road-signs, being the last one to flare up prior to the fighting that broke out in the centre of Abkhazia’s capital Aqw’a (more widely known as Sukhum but in Georgian soxumi) on the night of Saturday 15 July. The proximate cause of the violent confrontation was the Georgian plan to hold entrance-exams on Monday 17 July for the Branch of Tbilisi State University. This institution had provocatively (and illegally) been set up to accommodate the Georgian faculty-members of the Abkhazian State University (established in the wake of the 1978 disturbances!) who, as part of the anti-Abkhazian measures promulgated by Georgia’s nationalist leaders (most prominently the Mingrelians Merab K’ost’ava and Zviad Gamsakhurdia), had broken away from the Abkhazian State University earlier in the year. But the Abkhazians had been subjected to months of vitriol across the entire Georgian media supplemented by regional demonstrations organised by Georgian nationalists, wherein perhaps the most insulting claim was that the people we know today as the Abkhazians but who call themselves Apswaa (Georgian apxazebi) and whose native language together with Circassian and the now extinct Ubykh forms the North West Caucasian language-family descend from migrants who crossed from the North Caucasus into Abkhazia just a few centuries ago; after their arrival south of the Caucasian mountain-chain, they (so the argument goes) took over the ethnonym of the ‘true’ indigenous local population, who were speakers of a ‘Georgian’ (or should we not rather say Kartvelian?) language/dialect (Georgian being but one of the four languages that constitute the South Caucasian or Kartvelian language-family, viz. Georgian, Mingrelian, Laz and Svan?). The implication (as far as the Georgians are concerned) of this ludicrous myth (but one which is still disseminated and widely believed) is that the Abkhazians have no historical justification to claim sovereignty over the territory. Given that the rallying cry of the Georgian nationalists in 1989 was ‘Georgia for the Georgians’, it did not take the Abkhazians long to reach the conclusion that their very physical survival on Abkhazian soil was threatened by what they were hearing/reading from their Georgian neighbours (and not only from the leading nationalist agitators but from otherwise respected academics, predominantly from the community of linguists and historians).

The historical assertion just adumbrated actually goes back to the Georgian historian Dimit’ri Bakradze writing in the 1880s at a time when most of the Abkhazians had moved to the Ottoman Empire following Russia’s victory in the Great Caucasian War (1864) and the subsequent Russo-Turkish War (1877-78), thus leaving the fertile soil of Abkhazia denuded of its native population. However, it is most commonly referred to as the ‘Ingoroq’va Hypothesis’, named after P’avle Ingoroq’va (a self-taught writer on Georgian literature) who developed the fiction by fabricating a slew of nonsensical arguments not only to support the basic proposition but also to ‘justify’ the fate that was being centrally planned for the Abkhazians in the late 1940s, namely wholesale deportation to Siberia/Central Asia, after the pattern set by Stalin/Beria for such peoples as the Crimean Tatars, Volga Germans, Koreans, Chechens, Ingush, and the Meskhetians.

I dealt with this and other questions pertaining to Georgian-Abkhazian relations in my first publication on this topic (namely ‘Abkhazia: a problem of identity and ownership’ in Central Asian Survey, 1993) and have had occasion to return to it numerous times over subsequent years, culminating in my monograph (Discordant Neighbours: a Re-assessment of the Georgian-Abkhazian and Georgian-South Ossetian Conflicts, Brill, 2013). But in view of the fact that in a posting entitled Putin offers alternative ‘historic facts’ on how Georgia ‘occupied’ Tskhinvali, Abkhazia regions (dated 10 July 2019 and available at http://agenda.ge/en/news/2019/1860) readers are presented with a restatement of the deliberate traducing of Abkhazian history in the words ‘The arrival and settling of North Caucasian tribes on Georgian territory started in the 15th -17th centuries. One of such tribes made a settlement in the Abkhazia region as they faced problems in the North Caucasus’, it is clear that absolutely nothing has been learned by many (?most, ?all) on the Georgian side. And, as has been said many times, those who fail to learn the lessons of history are fated to repeat the same mistakes. Therefore, I judge it fully appropriate to restate the FACTS on today’s 30th anniversary of the killings in Abkhazia on 15 July 1989 by presenting immediately below two passages from my 2013 book.

The full article in PDF can be downloaded by clicking here.