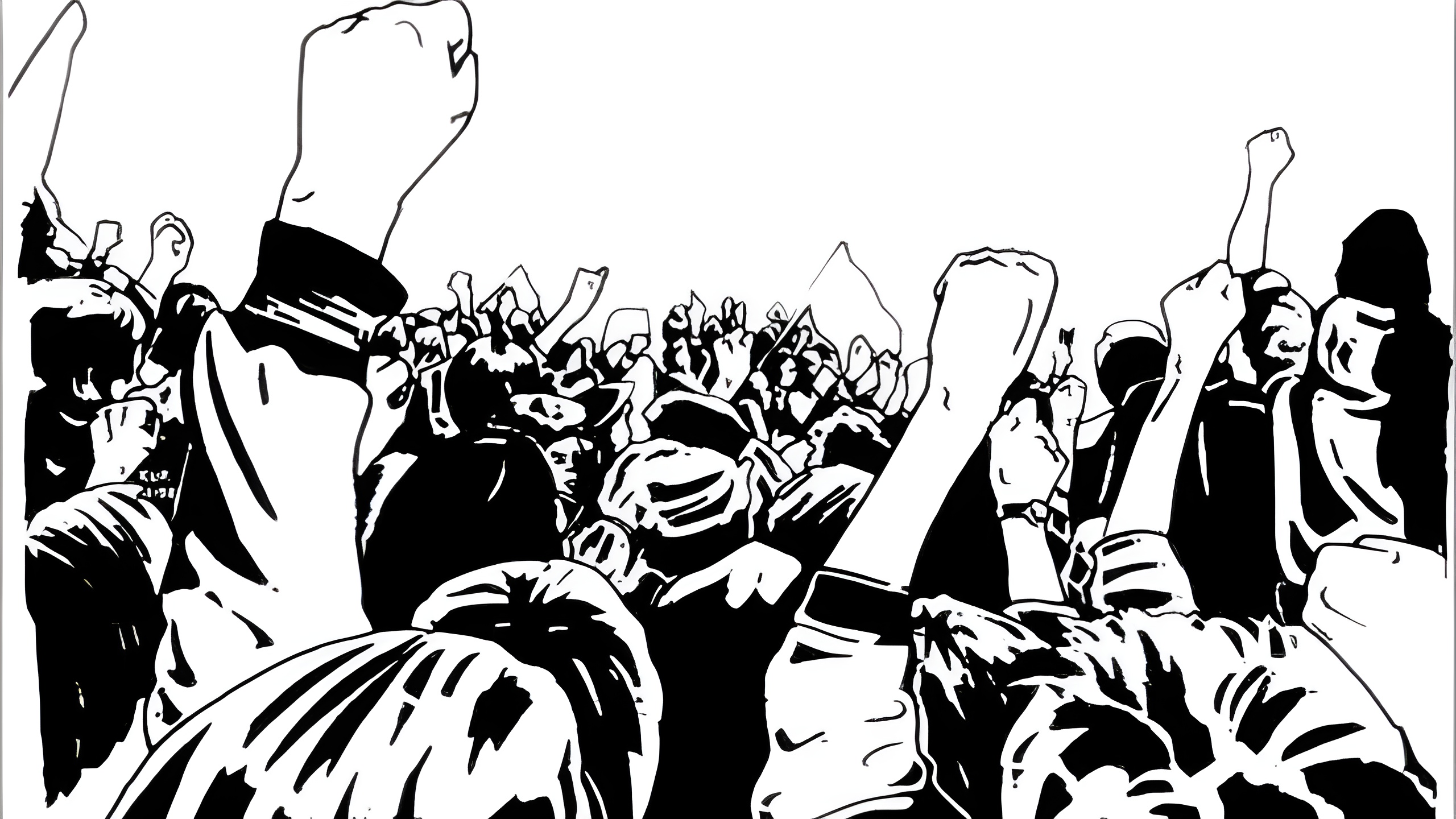 SUKHUM / AQW'A -- 510 people have signed the "Appeal of the Citizens of the Republic of Abkhazia", in which they express concern that the discussion on the adoption of the so-called "Law on NGOs-Foreign Agents" in Abkhazia has reached a new level. ‘The introduction of restrictions on the activities of NGOs through the “Law on NGOs-foreign agents” will inevitably lead to negative consequences for the international image of Abkhazia. Such a measure will contribute to a greater assertion at the international level of the false Georgian narrative about “occupation”, against which representatives of NGOs in Abkhazia are consistently and, not without success, fighting, using influential international platforms.

Currently, NGOs are one of the few channels of communication with the international community that cannot be blocked, given that Abkhazia is striving to increase international recognition. Blocking external contacts will mean the rejection of important work in this direction,’ the Address declares. The collection of signatures appended to the appeal continues.

To the President of the Republic of Abkhazia Aslan Bzhania

To the Prime Minister of the Republic of Abkhazia Aleksandr Ankvab

APPEAL FROM CITIZENS OF THE REPUBLIC OF ABKHAZIA

We, the undersigned, are deeply concerned that the debate on the adoption of the so-called "law on foreign agents" in Abkhazia has reached a new level. Back in 1991, the Law "On Public Associations" signed by the first President of the Republic of Abkhazia Vladislav Grigorievich Ardzinba gave wide opportunities for activities of public associations. According to Article 2 of the Law, they are free to determine the goals, objectives, and principles of their activities, the system of their bodies, forms, and methods of work. Later on, article 17 of the acting Constitution secured the universal right of association, which implied freedom for public associations to carry out their activities. Repeatedly over the past decades, both in calm periods and in times of acute crisis, the authorities emphasized the importance of civil society organizations and their significant role in the development of a democratic, independent Abkhazia. It is worth mentioning that at no time in previous years had the authorities initiated any attempts to legally restrict the activities of NGOs.

A year ago, the Programme for the formation of common socio-economic space between the Russian Federation and the Republic of Abkhazia on the basis of harmonization of the legislation of the two states, was published. The Programme lists activities for harmonization in areas of legislation that we consider important and promising in terms of improving cooperation between our friendly partner states. At the same time, the Program contains several provisions that raise concern among the public. One of them is provision 37, which refers to aligning the legislation of the Republic of Abkhazia to that of the Russian Federation in the sphere of regulating the activities of non-profit organizations and foreign agents. Considering that this task goes beyond the framework of inter-state relations and that the sphere of civil liberties and the relationship between civil society and the authorities is a purely internal matter of the state, representatives of the civil society of Abkhazia held numerous meetings with the country's leadership, bringing to their attention their position, namely their categorical disagreement with the introduction into our legislation of a legal concept of "Nonprofit organization-foreign agent". Nevertheless, on December 23, 2021, the Ministers of Justice of the Republic of Abkhazia and of the Russian Federation signed a Memorandum of Cooperation in the field of harmonization of the legal regulations regarding nonprofit organizations and foreign agents and a timetable to this effect.

In this context, we are obliged to state the following: the adoption of the "law on foreign agents" will cause irreparable damage not only to civil society organization and civil society as a whole in Abkhazia, but also to the entire system of democratic functioning of our state. For three decades, the civil society in Abkhazia has been one of the important actors in the preservation and consolidation of Abkhazian statehood. Without an active and functioning civil society, it is impossible to achieve the goal of building democracy which is stated in Article 1 of the Constitution of the Republic of Abkhazia. The civil society has always been a consistent supporter of the free, independent and democratic development of our country, based on the rights and freedoms of our citizens.

Given that the idea of adopting a "foreign agent NGO law" is being promoted despite the recognition of the important role of the civil society sector, one can assume that this agenda is largely driven by misconceptions about the role of NGOs due to the geopolitical situation. We believe it is important to remind that Abkhaz NGOs work in partnership with the offices of international organizations that legally operate in Abkhazia, including the UN agencies. It is fundamentally important to highlight that the local NGOs themselves define the goals, the objectives, and the content of their projects, supported by international organizations, so there can be no question of the dependence of local organizations on the political agenda of member-states of the international organizations. The determining criteria for the acceptability and usefulness of NGO programs should not rely on the fact that they are funded from international sources (which are always transparent), but rather be based on the assessment of the extent to which NGO programs serve the real interests of the society, address the needs of the people, promote basic principles and values enshrined in our Constitution, contribute to the improvement of the image of Abkhazia and promote objective information about our country and its legitimate and just claims. In addition, local NGOs build partnerships with those international NGOs (INGOs) which at the very least take a neutral position in relation to the Georgian-Abkhaz conflict.

The relations between the authorities and the society in Abkhazia historically are based on traditions, national mentality, internal dialogue, and consensus. These relations cannot be equated with the spheres of inter-state interactions outlined in the Programme for the formation of common socio-economic space between the Republic of Abkhazia and the Russian Federation. We believe that, as stressed multiple times by representatives of the Russian Federation, “the principles of equality, mutual respect, sovereignty and non-interference in domestic affairs” will continue to be inviolable in relations between our countries. This is a solid foundation for strengthening trust-based partnership relations.

The introduction of restrictions on the activities of NGOs through the "law on foreign agents" will inevitably have negative consequences for Abkhazia's international image as well. Such a measure would contribute to a greater assertion at the international level of the false Georgian argument of "occupation", against which the Abkhazian NGO representatives are consistently fighting and not without success, using influential international platforms. At present, NGOs are one of the few channels of communication with the international community and given that Abkhazia seeks greater international recognition these channels should not be broken. Blocking external contacts would mean abandoning important work in the direction of widening Abkhazia’s recognition.

International experts and diplomats respect the Abkhaz civil society as a strong society precisely because, while promoting democratic values internally, it is able to promote and defend Abkhazia’s agenda externally. Despite our categorical disagreement with the position of foreign countries with regard to Abkhazia’s independence, we should not reject external contacts through NGOs also because otherwise the information about Abkhazia will be conveyed to the world by the opponents of our republic's independence. The unsoundness and danger of such a U-turn, which would set Abkhazia back in its relations with the outside world, is evident.

We argue that the "foreign agent" category is a false and propaganda cliché and, if passed, the "foreign agent NGO law" would become a repressive tool. It would mean the resurrection of the ideological schemes of the totalitarian past, in which the principle of collective guilt was applied to entire social groups classified on formal grounds as unreliable. We believe that, in the long term, the adoption of such a law, even in its “lightest" version, will inevitably lead to the liquidation of the non-governmental sector in our country, since the employees of civil society organizations who are patriots of their country, will not live one day with the slanderous label of "foreign agents". We consider that the adoption of the so-called "law on foreign agents" should not be included in the agenda of the state authorities of the Republic of Abkhazia. Representatives of civil society organizations are always open to dialogue in any format with the government officials on the above issue, they are ready to clarify any questions related to their work and discuss necessary amendments to the already existing laws, regulating the activities of NGOs for several decades. We, the undersigned, publicly express our categorical disagreement with the intentions to adopt a law on "foreign agents", because we view as harmful such a path for the development of our state and for the very spirit of our people, in which respect for freedom and human dignity are key values.