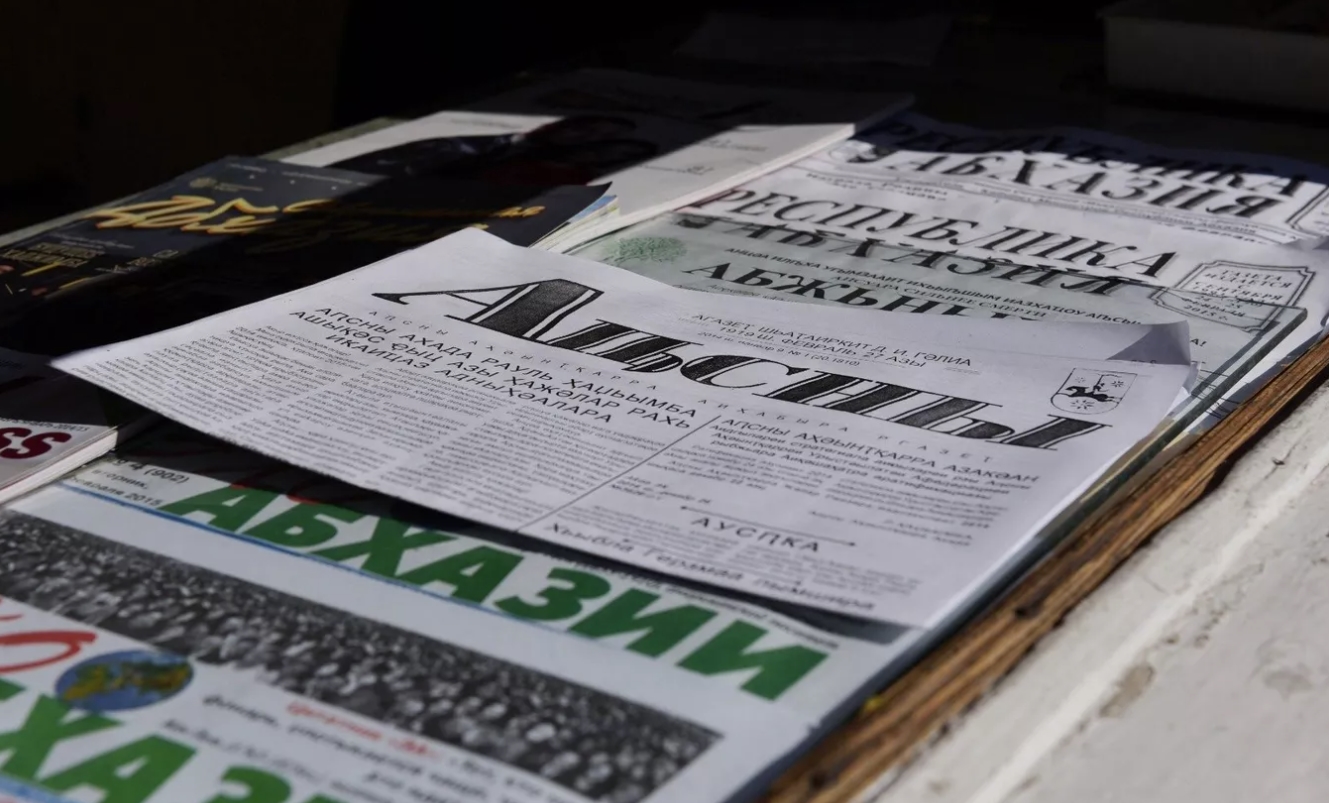 Apsny is a socio-political newspaper in the Abkhaz language.

SUKHUM | AQW'A -- "Apsny" is a socio-political newspaper in the Abkhaz language, it is the oldest periodical publication in Abkhazia.

The website of the first periodical publication in the Abkhaz language, the newspaper Apsny, has been launched – Robert Dzhopua, general director of the republican state institution Apsnymedia, said.

"This is one of the first questions that about which we started to make a decision after three editorial offices – the newspapers Apsny (‘Abkhazia’), Respublika Abxazii (‘Republic of Abkhazia’) and the Apsnypress news-agency – were merged into a single media-group . We developed the website and launched it. Unfortunately, our first Abkhazian newspaper did not have its own website," he stressed.

Dzhopua added that there is still little archival material on the newspaper’s website, but by the end of the year it is planned to publish issues from the beginning of 2022.

"With the opening of the site, the paper-version of the Apsny newspaper will not go anywhere; it will always be there. Today, most people use various gadgets, such that there was a need to convey editorial materials to readers through a site, through social networks," said Apsnymedia CEO.

He noted that the readers' need for the paper-version of the Apsny newspaper is low. According to Dzhopua, the subscription is mainly taken out by state[ and non-state-organisations, less by individuals, and there are those who buy the newspaper in kiosks.

“Now the newspaper is published once a week, but soon Apsny will be published twice a week,” was news shared with us by the head of Apsnymedia.

"We have also rebranded the title of the Apsny newspaper; while working on the website, the designer took into account a number of wishes of the editorial department, and mine too. We took our lead from the very first issue of the newspaper from 1919, making the logo is as close as possible to that. The newspaper Respublika Abxazii (‘Republic of Abkhazia’) also carried out rebranding, and changed the script," said Robert Dzhopua.

He noted that 15 people work in the editorial office of the Apsny newspaper, and one specialist is working on the newspaper's website.

Apsny is a socio-political newspaper in the Abkhaz language. It covers social, economic and political events in the life of the republic.

The first issue of the newspaper appeared on 27 February 1919. The date of the appearance of periodical printed material in the republic is celebrated as Abkhazia’s Day of Mass-media Information. The newspaper Apsny from 1921 to 1991 was called Apsny Q’apsh (‘Red Abkhazia’).