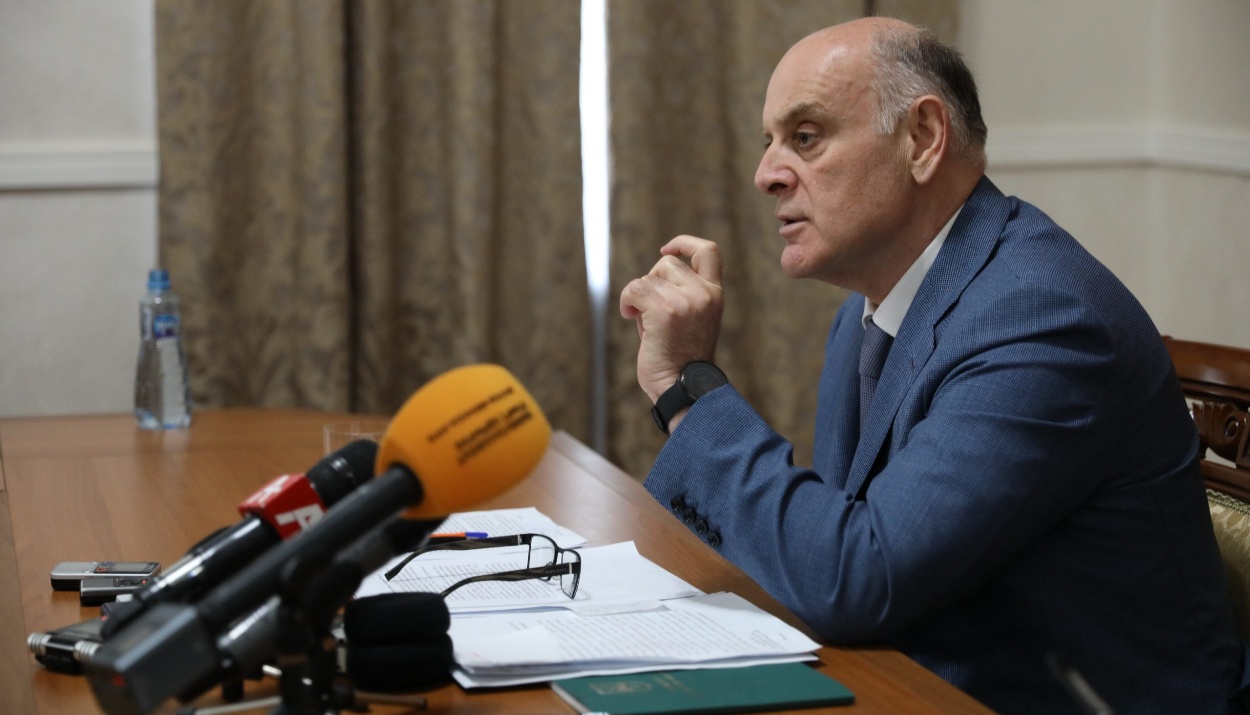 - The foreign policy strategy signed by the President of Abkhazia speaks of negotiations with Georgia. The opposition says that no negotiations, except for the Geneva discussions, are needed. What is your opinion?

Akhra Aristava, researcher at the Institute of Economics and Law of the Academy of Sciences of Abkhazia: My opinion is primarily related to how the actual situation appearss now. The real situation looks like the Georgian authorities are pursuing a very aggressive policy towards both our multinational people and our country. I will not list in what respect and how it manifests itself, as everyone knows it all. But I would still suggest that the concept reflects measures to counter the revanchist, aggressive policy of Georgia. The issue of relations as with a neighbour, relations with the Georgian authorities - I see neither the ground nor the signal for this. If the Georgian government sent just one signal, I would understand this. For example, the signing of the very agreement on the non-use of force under any circumstances. When there is no signal directed towards our people, when there is a falsification of the latest events, to the extent that the world is told that, apparently, it was not the people of Abkhazia but allegedly the Russian army that fought them. How can it be possible?! There is no ground for establishing these relations. Arguments that the situation in the border-areas — well, this is not an argument for negotiations at any serious level. There could be signals —the abolition of the law on the occupied territories would be one. Signing an agreement on the non-use of force — that would be two. Also at least some messages related to the awareness of what the Georgian army has done in the Republic of Abkhazia, what grief it brought here. At least there should be a hint, then yes. This will already be the ground — at least it will be possible to talk about something.

Mzia Kvitsinia, Associate Professor in the Department of History of Russia and Foreign Countries: Of course, negotiations are necessary at the Geneva platform. I believe that this platform is quite sufficient to resolve certain border- and other emerging problems. As for direct negotiations, preparatory work and the willingness of the other side to agree to these negotiations are necessary. We have a well-known mediator who is also our ally, although mediators cannot be allies, you say, but in any case, we have our interests. Of course, if the opposing side takes these interests into account, then we can negotiate with the participation of mediators. This would certainly be a big advance in this matter.

Elena Kuvichko, Programme-director of the Asarkya Charitable Foundation: I believe that different formats of negotiations are needed for greater efficiency, because the Geneva Discussions, which have been going on for many years, yes, they fulfil their function and are a platform where you can defend your positions, but for greater efficiency, in my opinion, it is desirable that there be other formats, perhaps with other participants. Perhaps there should be some informal processes, because in the format of the Geneva talks there are very clear regulations, and they determine the agenda. This is a very limited negotiation-process. And it seems to me, as the situation in Nagorno-Karabakh shows, that the presence of one process - in the case of Armenia and Azerbaijan, this is the Minsk Group - is not enough to achieve a more sustainable peace in the region, and in our context, in particular, the format needs to be expanded; to look for other platforms where, perhaps, it will be possible to advance our interests more and obtain more international guarantees for the non-use of force.

Eric Mikaya: The Geneva discussions are important, and as for negotiations with Georgia, it is difficult for me to answer unequivocally, perhaps they will not understand and condemn me, but I believe that negotiations with Georgia in the spirit of recognising Abkhazia as a sovereign state are necessary. Moreover, it is necessary not through the Geneva discussions, it is necessary to sit down at the negotiating table of Georgia, Abkhazia, Russia, since Russia is our immediate older brother, friend, our strategic, economic, social partner - to sit down and decide on a key to recognition and trade- and economic interactions. To press for the most important issue in these discussions and meetings, namely the recognition by Georgia of the sovereignty and statehood of the Republic of Abkhazia.