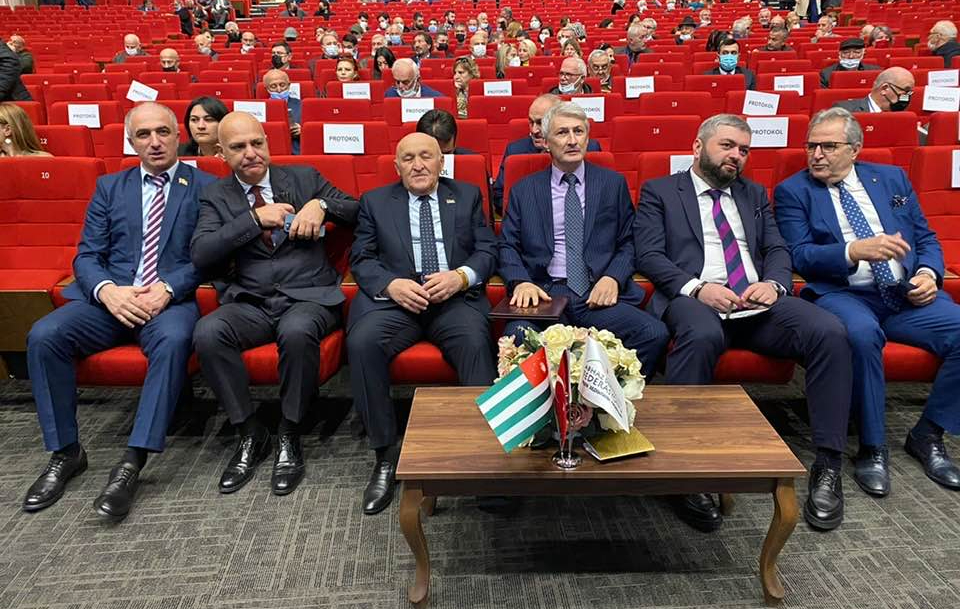 Ekho Kavkaza -- A working trip to the Republic of Turkey of a large delegation from Abkhazia took almost a week. In the city of Izmit, which is a hundred kilometers from Istanbul, it took part in the congress of the Federation of Abkhazian Cultural Centres of Turkey, which elected a new chairman. Then in Istanbul I was visiting the local Abkhazian Cultural Centre. And finally, in Ankara, the Abkhazian parliamentarians met with a number of members of the Turkish parliament.

Astamur Logua, Chairman of the Committee for Interparliamentary Relations of the Parliament of Abkhazia, told Echo of the Caucasus today:

“It should be noted that this is the first alternative election where there were two candidates for the post of head of the Federation of Abkhazian Cultural Centres. They are quite famous people in Abkhazia. One of them, Oral Bganba, is the head of the Abkhazian Cultural Centre in the city of Adapazari. The second one is Marat Makharia from Istanbul, who is engaged in business and has come to Abkhazia more than once, a great patriot of our country. The victory was won by Marat Makharia, who was elected by a majority of votes. But it seems to me that there are no losers here. We all very much hope that these people will work together and that they will succeed in everything. Of course, the previous head of the Federation, Atanur Ardzinba, should also be noted; he did a great job, for which we have always been, and will remain, grateful to him. The Speaker of the Parliament awarded him with a certificate of honour and the Presidential Order of "AkhJdz-Apsha" [Honour & Glory] of the third degree. They were handed over to Atanur there, during the work of the congress. We hope that our contacts will become even more intensive and that we shall be able jointly to implement even more projects.

- We followed, of course, your trip here in Abkhazia. Pictures and videos constantly appeared on social networks - for example, how our speaker danced the Abkhazian dance, which attracted many viewers. Where did this take place?

- It was a meeting in the city of Istanbul, organized by the city's Abkhazian Cultural Centre [ABHAZFED]. Many people were invited there, in particular, we ourselves as MPs... " 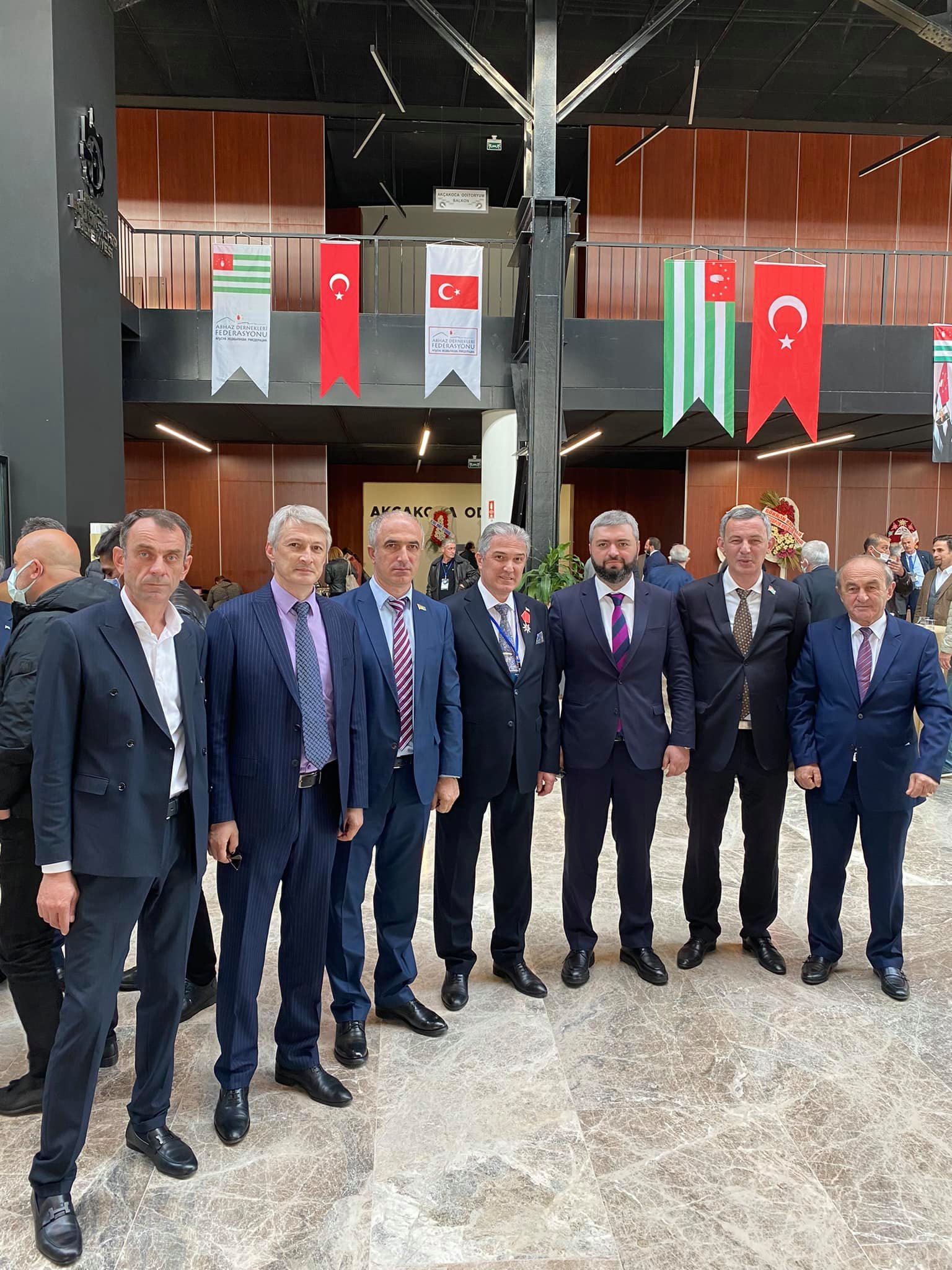 "We hope that we will step by step remove these issues - those related to freedom of movement, the opening of maritime communications and, most importantly, the recognition of the statehood of Abkhazia by the Turkish Republic."

When asked who was in this delegation, Logua replied:

“Valeri  Kvarchia, Speaker of the Parliament, Ilja Gunia, Chairman of the Committee on Defence and Security, Vianor Bebia, Chairman of the Committee on Culture and Youth-policy, Tajfun Ardzinba, Representative of the Committee on Economics, Alkhas Dzhindzholia, Chairman of the Committee on Social Policy, and me. There was also the Chairman of the State Committee for Repatriation, Vadim Nikolajevich Kharazia. There were representatives of the Ministry of Foreign Affairs of the Republic of Abkhazia, the Ministry of Justice, the Fund for the Disabled of Abkhazia. I saw representatives of public organizations in Karachay-Cherkessia and Kabardino-Balkaria. An Abkhazian representative from the Kingdom of Jordan also attended the event. I should note that within the framework of this visit, the Abkhazian parliamentarians had a meeting with our colleagues from the Turkish parliament. And we prepared this meeting in advance. First of all, of course, there was a meeting with a representative of the Abkhazian diaspora, a famous person in Abkhazia, Deputy Engin Papba, who is remembered from the famous photograph when he, defending the ballot-box, did not allow any disruption to the elections in Abkhazia at a polling-station in Turkey. Then there was a meeting with several members of the ruling party. The deputies of the Turkish parliament, our friends, who also wanted to meet with us, to discuss a number of issues. We, of course, asked questions that we have been asking for a long time, but we hope that we will step by step remove these questions - those related to freedom of movement, the opening of maritime communications and, most importantly, the recognition of the statehood of Abkhazia by the Turkish Republic.

- Well, we were talking about Engin Papba. Are there still representatives of the Abkhazian diaspora in the Turkish parliament today?

- Yes, there is one by the name of Eshba. But he had a very busy schedule and we were unable to meet with him."