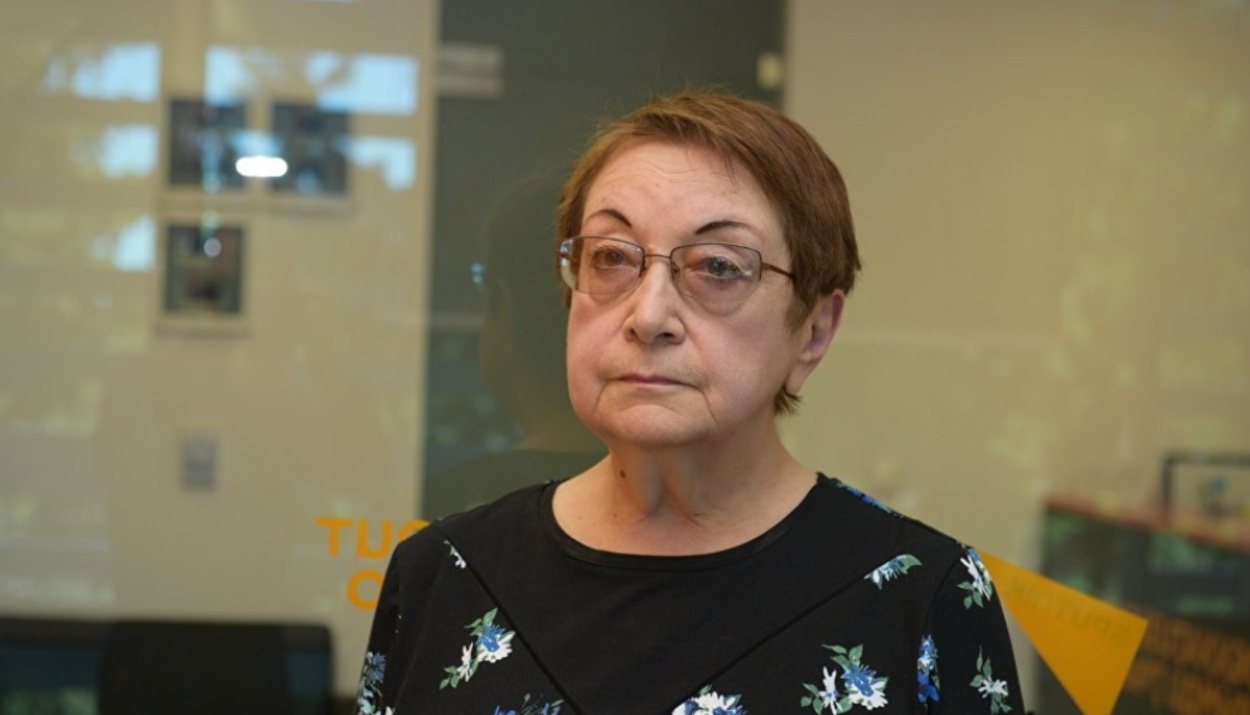 Natella Akaba, Chairperson of the board of the Association of Women of Abkhazia.

In an interview with Ekho Kavkaza, Natella Akaba, a public figure who is also chairperson of the board of the Association of Women of Abkhazia, spoke about women’s rights in Abkhazia, gender equality, domestic violence, and the participation of women at the decision-making level.

- Natella, how do you assess the situation in Abkhazia with regard to women's rights?

- I believe this is a very acute problem, especially for our organization, the Association of Women of Abkhazia, the primary objective of which is the promotion of gender equality. Unfortunately, we are still very far from this. I believe that the main reason is that gender stereotypes and patriarchal traditions still prevail in our country. And I believe that one of the main reasons for this is that Abkhazia is still an isolated country and only partially recognized. For that reason, Abkhazia does not consider it necessary to comply with international standards in the field of gender equality. This creates problems for us.

- What problems would you mention, first of all, with regard to women’s rights in Abkhazia?

- We can all see how few women there are at the decision-making level and the fact that there are fewer and fewer women in parliament, in the last two convocations there has been only one woman among the 35 deputies. This, I think, does not reflect well on our country. Of course we must do something about this. Another problem is that we do not have gender education, which many advanced countries do have already. In addition, people in our country have a totally flawed understanding of the concept of “gender.” They see it as something negative. Even the word "feminist" is not very popular with us. So the main thing is that it is necessary to change these gender stereotypes that are based on the belief that a woman is primarily a mother, a mistress, a wife, that she should take care of her family. In fact, this does not prevent a woman from participating in political life.

“We would very much like to see more gender-sensitive men appear. If they were more of them, they would have ensured that more attention was paid in Abkhazia to women’s voices…”

- The Association of Women of Abkhazia was and still is the initiator of the adoption of a law on domestic violence. Do you think that at the present time the preconditions exist for its adoption?

- I do yet not see such preconditions, unfortunately, because so far very little has changed in our public consciousness. As I said, these gender stereotypes prevail, and I believe that the most problematic thing is that people do not recognize, many people do not recognize that this problem exists in our country. We once met with the deputies and suggested that they consider the draft law on domestic violence. And most of them said that problem simply does not exist in our country, that it is not acceptable in Abkhaz culture for a husband to beat his wife. Unfortunately, we know that it does happen.

- Unfortunately, that too is a problem, although our organisation has a Public Reception Office and women who have been subjected to domestic violence often come there. But not all women are ready to come and talk to someone about this. Many women try to hide the violence that goes on in their family, when the husband beats his wife and children. And as a rule, many of them do not talk about it. So we need to change the idea that the family is a closed social institution and one should not tell anyone what is happening within it. In fact, domestic violence has a very harmful effect on both women and children. Children who grow up in such a family can resort to domestic violence in their own families later on. So this must be fought very actively. We will of course continue to try to change the way people think, but that is difficult, because it must be admitted that there are very few international women's organizations that are prepared to work with Abkhaz NGOs. And this is a very big obstacle for our activities.

“Elections to local self-government bodies will take place soon, and it is very important for us to support women, but not all women – only those who have this sense of female solidarity, and who when they attain positions of power can then offer support to other women.”

- Do you think this is linked to the fact that Abkhazia is only partially recognized?

- Of course! The fact that Abkhazia is partially recognized and in isolation, it does not have the right to vote in any international organizations. And very many international organizations simply ignore us. We tried to promote Resolution 1325 of the UN Security Council, which could help to enhance the role of women, but, unfortunately, our deputies said that the UN does not recognize us, and so we are not going to adopt such a resolution.

- What do you think could help strengthen the role of women in Abkhaz society, and in politics in particular?

- To achieve this it is very important that women join forces. We are currently working very well with several Abkhaz non-governmental organizations, but, unfortunately, there are very few of them. In general, there are very few women's organizations in Abkhazia. This is connected with what I was talking about, the fact that there are very few international donors who would support the activities of women's NGOs. And you understand that there is very little we can do without financial support. So we need to unite our efforts, it is very important that those women who become part of the government, and there are some, although very few, that they are gender-sensitive women. Elections to local self-government bodies will take place soon, and it is very important for us to support women, but not all women – only those who have this sense of female solidarity, and who when they attain positions of power can then offer support to other women

- Do you think women will show an interest in running in the upcoming local elections?

- Yes, but not that many of them, because in our country local self-government is still at a very low level. To my mind the district and municipal councils have very little authority. Something needs to be changed, and to me it is wrong that local mayors and district heads are appointed by the president. We need to change the entire electoral system so that the people themselves can elect the district administration heads. But for that it is necessary that the elections take place within the framework of the law.

- Maybe you would like to appeal to men or to society as a whole?

- Of course, we would very much like to see more gender-sensitive men appear among the male population, today they are some, of course, but not that many. And there are very few such gender-sensitive men inside the government. If they were more of them, they would have ensured that more attention was paid in Abkhazia to women’s voices. But we shall carry on working, and it is important that among young women, among female students there are some who are very active, with leadership qualities, so when they reach adulthood and can participate in elections I think they will be more active... And we will need to do all we can to support them. We conduct courses to train women to become leaders, and women enjoy taking part in them.