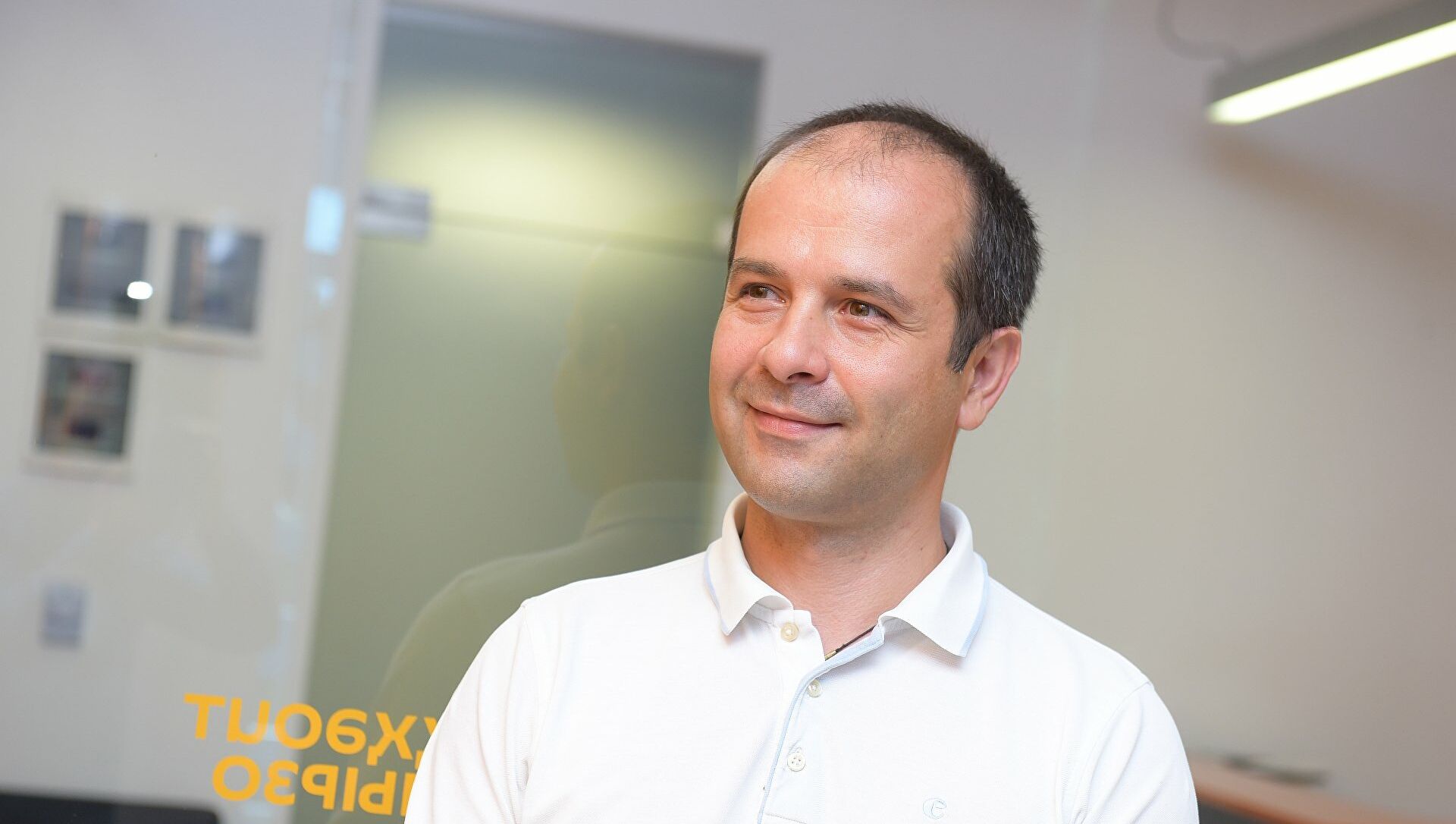 Maxim Gvindzhia is the former Minister of Foreign Affairs of Abkhazia.

Ekho Kavkaza [Vitaliy Sharia] -- Abkhazia intends to seek the status of a UN observer-state. In other international news, Yemen has offered mutual recognition to Abkhazia. This is reported by the Russian news agency EAdaily with reference to the Amra-life telegram channel. However, the Abkhazian Foreign Ministry today refrained from commenting on this issue.

Last Friday, 11 February, the Ministry of Foreign Affairs of Abkhazia published a statement on its website. It says that the Georgian Foreign Ministry responded to the appeal of the Minister of Foreign Affairs of the Republic of Abkhazia Inal Ardzinba to the UN Secretary General A. Guterres with a request to grant Abkhazia the status of an observer-state in the United Nations. The Foreign Ministry of Georgia believes that "the new steps of the regime under occupation in order to legitimize it are doomed to another failure". In addition, Tbilisi has no doubt that "the world-community recognizes the sovereignty and territorial integrity of Georgia". Georgian diplomats should be reminded that it was stated in Sukhum that granting the status of a UN observer-state is assigned by a resolution of the General Assembly of the United Nations, and not by the Georgian Foreign Ministry:

“In Georgia, they can endlessly console themselves with thoughts about the non-recognition of the sovereignty of Abkhazia by the world-community, but it is hardly worth blindly believing that the members of the General Assembly, when making specific decisions, will listen only to the voice of Tbilisi. The nervous reaction of the Georgian Foreign Ministry clearly demonstrates Tbilisi's inability to negotiate, unwillingness to take into account the new political realities in the Transcaucasus and move towards sustainable security in the region. It is time for the international community to realize that Georgia, while continuing its efforts to isolate the Republic of Abkhazia internationally, cynically violates the basic rights of citizens and creates numerous humanitarian problems. It is also important to take into account that support for Tbilisi's unilateral position only encourages Georgia's confrontational attitude and hinders the achievement of agreement within the internationally recognized negotiating mechanism - the Geneva International Discussions."

As previously reported, during his visit to Moscow, Foreign Minister of Abkhazia Inal Ardzinba conveyed a corresponding appeal addressed to UN Secretary General António Guterres, to Vice President of the World Federation of UN Associations, and First Deputy Chairman of the Russian UN Association Alexei Borisov.

Today "Echo of the Caucasus" contacted the Assistant to the President of Abkhazia for International Affairs Maxim Gvindzhia. According to him, now no-one has such a status, but there has already been a precedent.

“Does anyone in the UN still have such a status?

- Yes, as of 2019, there are two permanent non-member observer states in the General Assembly of the United Nations: Vatican and Palestine [Gvindzhia stated this for the English translation of this interview]. In our case… I don't know, but we have to knock on all doors. This, of course, is a long process, it requires patience... In the post-war years, the UN Mission was present in Abkhazia. We constantly interacted, and there were appeals. Representatives of the UN came here, there were deputy-secretaries general. There was even the current UN Secretary General, António Guterres, who came to Abkhazia.

- And now, basically, everything is limited to contacts with European structures?

- No, I would not say that they are limited. What develops, develops. There is also cooperation along UN lines; UN structures are present in Abkhazia, providing it with humanitarian assistance, and this continues. Personally, in my lifetime, working at the Ministry of Foreign Affairs of Abkhazia back in the day, I remember our repeated appeals to the UN. We urged that a delegation from Abkhazia be invited to the meeting of the session, the UN committee, where it was planned to discuss the Georgian-Abkhazian conflict. We know that these letters reached the UN Secretariat, and maybe the Secretary General read them... They said that we, as a party to the conflict, should come and express our position. We should be heard. Why should only the Georgian side be present there and tell all sorts of stories?”

Maxim Gvindzhia said that he could not yet add anything to the information that appeared on Saturday, 12 February, in the Russian news agency EAdaily. There, with reference to the Abkhazian telegram channel "Amra-life", it is said that Yemen has officially proposed to Abkhazia to establish diplomatic relations. The proposal was transmitted through the Ambassador of the Republic of Abkhazia in Syria, Bagrat Khutaba. The difficulty is, the author of the channel writes, that there is a protracted internal conflict in Yemen, “therefore, it will take a long time for a decision to be made”, but, if it is made, we will have “another breakthrough in the foreign policy blockade of the republic from the new Foreign Minister Inal Ardzinba, now in the direction of the Middle East and South Asia".

We must knock on all doors, Maxim Gvindzhia repeated his view. And he continued:

“Abkhazia adheres to the principles of the Montevideo Convention: borders, control over these borders, a permanent population, the ability to maintain relations with other countries. That's what defines a country. In fact, it is the only Convention in the world that defines what a state is.”

Let us clarify that the Montevideo Convention is one of the few international documents listing the features that determine the legal personality of a state from the point of view of public international law. It was signed in 1933. The international community has not yet come to a consensus on the mechanisms of international legal recognition.

Obviously, after the collapse of the USSR and Yugoslavia at the end of the twentieth century, this lack of unity was aggravated by the fact that the leading world-powers and their supporters confronted each other. So, at the recent opening of the Winter Olympic Games in Beijing, among other participants, the sports delegation of Kosovo took part in the parade. And although this is also a partially recognized state, it has been recognized by a much larger number of countries than Abkhazia, South Ossetia.

As for the Republic of Yemen, it occupies the south-western part of the Arabian Peninsula. Saudi Arabia borders it to the north and Oman to the east. Its population exceeds 24 million people. The official capital is Sana'a. The country was formed on 22 May 1990 as a result of the unification of the Yemen Arab Republic (YAR, or North Yemen) and the People's Democratic Republic of Yemen (NDRY, or South Yemen).

The Foreign Ministry of Abkhazia today refrained from commenting on the prospects for recognition of the republic by Yemen.