JASSY, NOV. 13. - There is a report of an unsuccessful action that the Russian troops had in Abchasia, in the beginning of September. A strong column found an important defile unoccupied, which led to the villages in the mountains. The Russian officers thought that this opportunity ought not to be neglected of penetrating through the defile into the interior of the country.

The soldiers refused to advance, and the officers were obliged to take the lead in entering the defile. After an hour's march, the column was attacked by the Abchasians, who made a dreadful slaughter. They spared their powder and cast stones from the steep sides of the mountains. Most of the officers fell, and the troops fled in the greatest confusion. The bodies of the slain and the wounded that fell into the hands of the savage Abchasians were dreadfully mutilated, and thrown into the deep clefts of the mountains. - Allgemeine Zeitung. 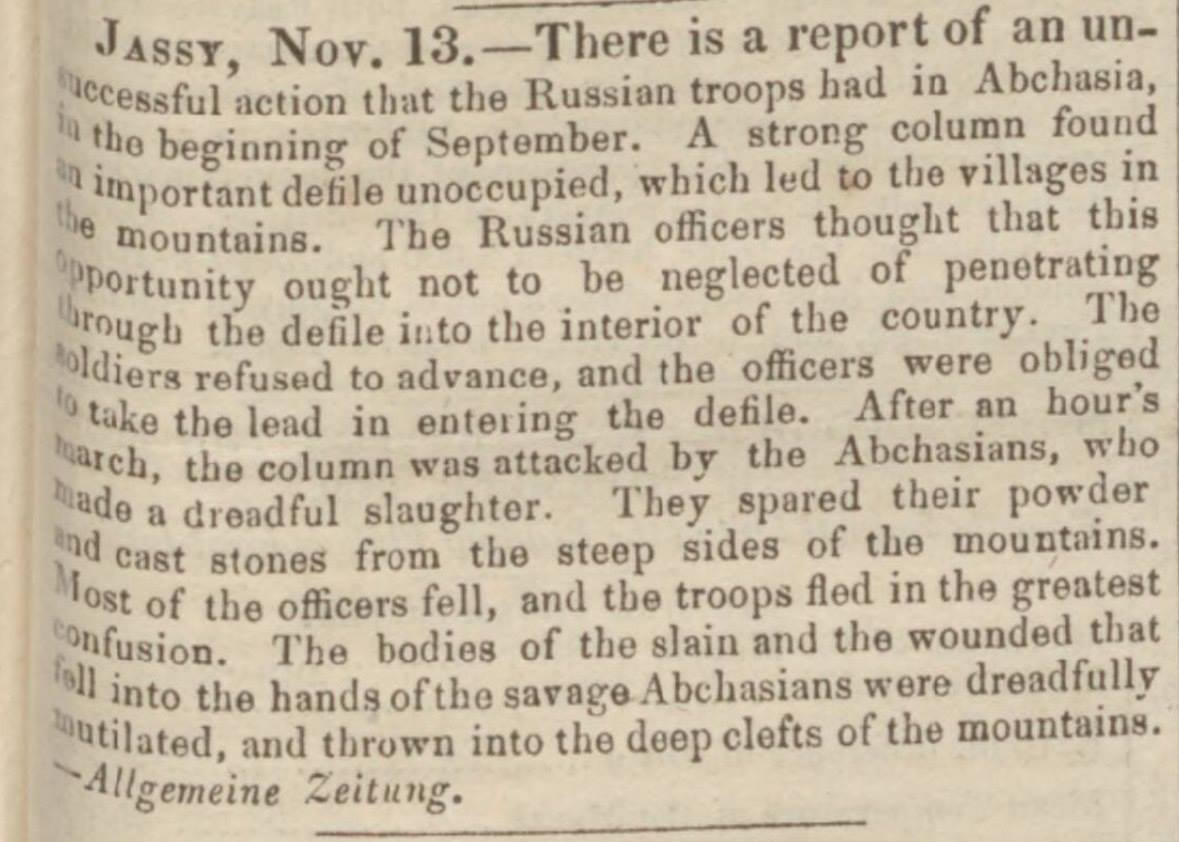