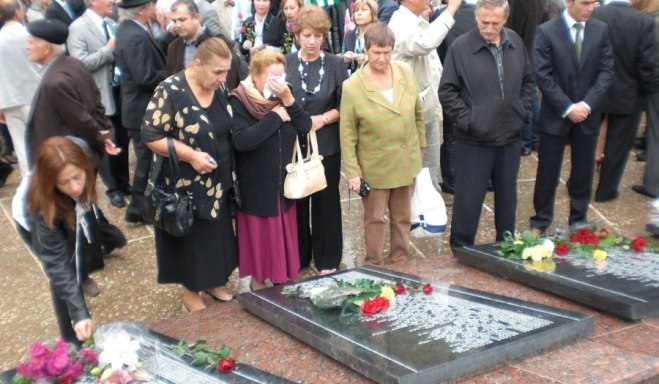 August 18, 1992
Georgian troops take control of Sukhum. They remove the State flag from atop the Government House. In the Ochamchira region, which is in their hands, partisan bands actively oppose them. In the city of Grozny, the Parliament of the Congress of the Mountain Peoples of the Caucasus adopts a resolution to dispatch to Abkhazia groups of volunteer fighters.

August 19, 1992
Georgian troops take control of the city of Gagra.

August 25, 1992
The commander of the Georgian army, Gia Karkarashvili, stated on TV that he would sacrifice 100,000 Georgians to kill all 97,000 Abkhazians, if that is what it took to keep Georgia's borders inviolate.' [A similar threat came from the head of Georgia's wartime administration, Giorgi Khaindrava, on the pages of Le Monde Diplomatique in April 1993. Goga (Giorgi) Khaindrava, told the correspondent from Le Monde Diplomatique that "there are only 80,000 Abkhazians, which means that we can easily and completely destroy the genetic stock of their nation by killing 15,000 of their youth. And we are perfectly capable of doing this.''] 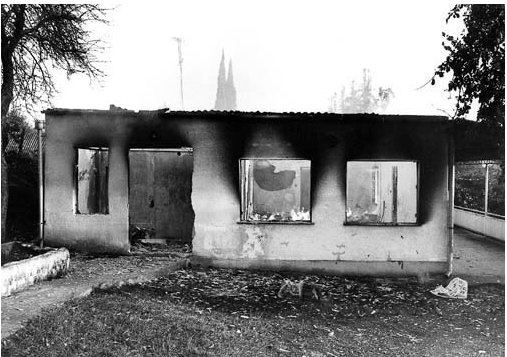 September 3, 1992
In Moscow, B. Yeltsin, E. Shevardnadze, and V. Ardzinba hold a meeting. They sign a summary document, in which it is agreed that the war shall be halted from 12 o'clock on September 5; that the opposing military forces shall be pulled back everywhere; that Georgian fighters should choose some other place for relocation; and that the legally elected authorities of Abkhazia shall be allowed to resume their work.

September 5, 1992
The two sides cease fire and begin mutual reconciliation. Then, at 12.10, Georgian artillery breaks the peace by shelling Abkhaz strongholds in the village of Eshera. At 22.30 Georgian fighters renew the offensive. 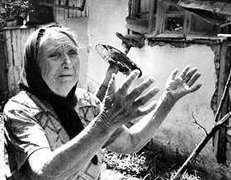 September 9, 1992
Abkhazians and Georgians negotiating in Sukhum agree to cease fire on the 10th of the month. Georgian fighters disregard this agreement, as well as two subsequent cease fire agreements on the 15th and 17th of the month.

October 1-6, 1992
Georgian troops are expelled from Gagra and its environs. On the 1st of the month at 17.00 hours the Abkhaz fighters attack, taking control of the village of Kolkhida (Psakhara). Georgian air force starts to bomb Gagra, resulting in many civilian casualties. At a meeting in Sukhum E. Shevardnadze declares: "Gagra always belonged to us and it must continue to belong to us -- we shall soon get it back." Abkhaz fighters liberate the hamlet of Leselidze (Gechripsh) and set up the Abkhaz flag on the Abkhaz-Russian border. Georgian troops cross the Psou and flee headlong to Russian territory. They surrender their weapons to the Russian border guards.

October 23, 1992
Georgian special forces in Sukhum burn down the state historical archive of Abkhazia and the archive of the Institute of Abkhazian language, history and literature.

December 14, 1992
Georgian troops in the village of Lata shoot down a Russian MI-8 helicopter with 60 passengers, including women and children, all of whom perish.

Second Year of the War

August 9, 1993
In a statement sent to B. Yeltsin and Boutros Ghali, V. Ardzinba draws attention to the contempt with which the Georgian side is treating the Sochi agreement, continuously shelling Abkhaz military divisions and ignoring the timetable for the withdrawal of Georgian military forces from Abkhazia.

August 22
According to a statement by the joint commission for exercising control, the Abkhaz side had acted in accordance with the timetable for the pulling back its forces, but the Georgian side did not fulfill its obligation.

August 24
B. Yeltsin and V. Ardzinba meet in Moscow. The Russian president is made to understand that the Georgian side is ignoring the Sochi agreement.

September 16-24
The final assault by the Abkhaz fighters. On 16th September they begin attacks on the Eastern front. On 17th of the they take control of the river Gumsta. On 20th of the month they order the Georgians to lay down their weapons and withdraw, departing via a safe corridor, but the Georgians do not answer. On 21-26th of the month crossfire continues on the main streets of Sukhum. Abkhaz fighters attack successfully at Ochamchira.