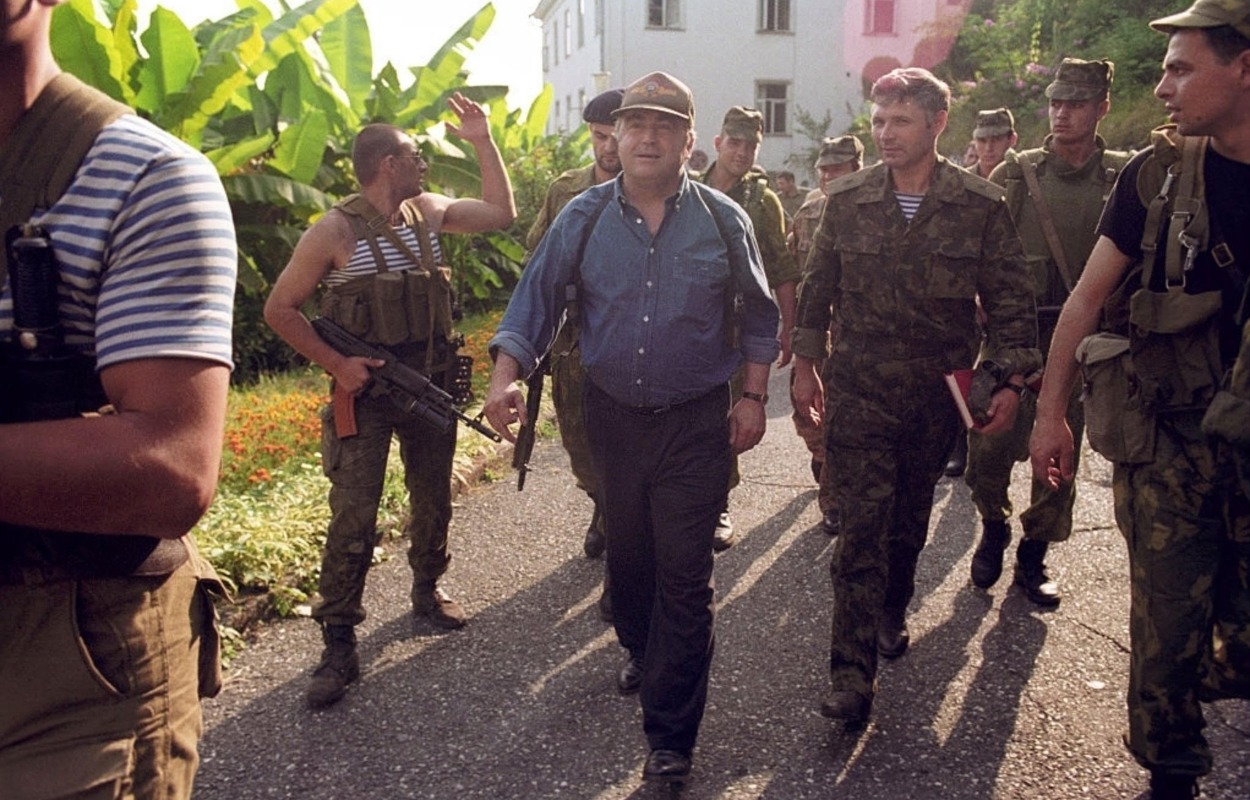 After a seven-year gap, Georgian independence day was once again celebrated with a spectacular military parade on 26 May 2004. President Mikhail Saakashvili opened the festivities with a speech given in Georgian, Ossetian and Abkhaz: “The interests of each Ossetian living in Georgia will always be taken into consideration by the Georgian state […] I also want to address the Abkhaz and urge them once again to enter talks in an effort to build up federative relations [with Georgia] that would give them vast and internationally recognized guarantees of autonomy.”

The display of military power was thus combined with an olive branch held out by the new government in Tbilisi, raising hopes once more of an end to the entrenched Georgian-Abkhaz conflict, which has seen both sides not only appeal to “historical facts” to justify their claims but also write their own bloody chapters of history in the last 15 years.

Both sides’ belief in the historical legitimacy of their claims, the superiority of their nation, and the uniqueness of their mission have often rendered them incapable of making rational political decisions. The fighting that claimed so many victims, created so many refugees, and destroyed infrastructure and trade links between August 1992 and October 1993 has left deep wounds in not only the Georgian and Abkhazian populations, but also among the other minorities in Abkhazia, such as Armenians, Greeks, and Russians.

The use of historical garb to disguise territorial claims, the combination of “ethnogenesis” and “national consolidation”, and the overlaying of contemporary political conflicts with historical concerns under the new conditions created by the collapse of the Soviet Union and the rise of new national movements mean that an analysis of the background needs to consider many levels. The same factors also make special sensitivity necessary in international efforts to find a solution.

Without attempting the ambitious task of judging between the irreconcilable opinions of the parties to the conflict, the current contribution aims to present the evidence from the pre-Soviet and Soviet periods and to recapitulate the complex history of the conflict since the late 1980s.