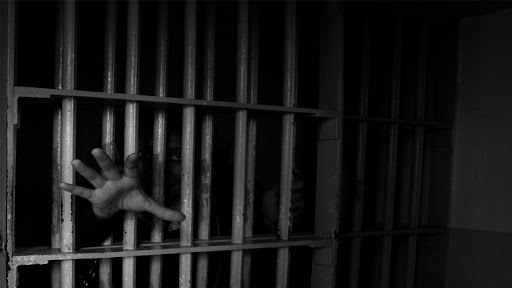 The disappearance without a trace of the Abkhazian citizen Harry Jopua in the mid of October made the Abkhazian authorities to drawattention of international organizations to the policy of the Georgian side in the region. All negotiations between Sukhum and Tbilisi in fact are ceased due to the August events in Caucasus. However, international mediators are trying to reanimate in every possible way the locked process of peaceful settlement. The Abkhazian politicians fairly noticed that without taking into consideration the up-dated reality it will be impossible to achieve complete and full-scale settlement of the existing disagreements. But the major problem is that by words Georgia does not reject the political dialogue but in fact, is continuing to use coercive pressure on the Abkhazian side.

One of the examples of using such political methods are terrorist attacks that are constantly carried out by the Georgian special services. It is in this context that the cases of abduction of the Abkhazian citizens should be viewed. As an example we can take the incident of 2007 can when David Sigua, ethnic Georgian, who was an active supporter of the idea of independent Abkhazia was kidnapped from his own home by the “unknown” persons. There is no doubt that it is the life position of Sigua that caused his disappearance. We deliberately put the word “unknown” in quotes since the Abkhazian law-enforcement agencies do know for sure that the abduction of Sigua was organized by the Georgian special services. It should be noted, that they are regularly sent from the neighbor territories to carry out such and other subversive terrorist attacks.

Abkhazian side has been trying to free its citizen by using all known ways of either official diplomacy or the peoples’ one for three years already. Sukhum has many times officially addressed the top international authorities requesting to get involved in locating David Sigua’s position. But his destiny is still unknown. In response to urgent requests to return Sigua the Georgian side gives a hackneyed answer that they have no information about Sigua, and the international representatives in Georgia in a confidential manner confirm the words of the Georgian authorities.. As a result, there is a deadlock which will be difficult to overcome since the Western protectors are not interested in further staining the flyblown reputation of Saakashvili.

A few days ago, the press service of the Ministry of Foreign Affairs spread a sensational message, notably regarding the letter of the Minister of Foreign Affairs Mr. Maksim Gundjia to the Executive Secretary of the European Committee for the Prevention of Torture Trevor Stevens The reason for the Abkhazian politician’s appeal is another crime against humanity. This time the victim of the Georgian special services became Garry Djopua. He was kidnapped on the 9th of October in the border region of Gal. Mr. Gunjia requests Mr. Stevens to facilitate the objective investigation on finding the whereabouts of the Abkhazian citizen. It is not a coincidence that that Mr. Gunjia addressed this particular person. An objective investigation can be conducted upon the will of the European statesman. In Georgia there are offices many international organizations. On the border itself there are the EU monitors. But they will unlikely participate in investigating the cases of complete disappearance of the Abkhazian citizens three years or a month ago. This is not only the case of their unconditional support of Georgian authorities.

In the above mentioned letter the Abkhazian Minister assumes that the Abkhazian residents are probably detained in the Georgian secret prisons. In the light of the scant information on the results of the last round of Geneva discussions the news regarding the secret prisons came like a thunderbolt from a clear sky. It did not come as a bombshell, however. While the message was ignored by most of mass media, a number of facts mentioned make us believe there can be a high possibility of the existence of secret prisons in Georgia. Although there is no absolute proof, all of the above mentioned shows that the hypothesis of the MFA of Abkhazia can be true.

It is well known that Georgia is the only country at the Post-Soviet space which blindly follows the political directions of the Western patrons and especially the US. This transatlantic country was once involved in the political scandal several years ago when the information regarding the secret prisons in Eastern Europe leaked into the press. That time Washington tried but it did not manage to put a good face on the situation. The whole media buzz around the European prisons where captives from Iraq and Afghanistan were brought to and then tortured played a nasty trick on the then President George Bush. According to many political scholars this information regarding the inhuman treatment of the detainees shocked the American electorate. As a result, they voted for Barak Obama, not for McCain, who was supported by Bush.

The information regarding the secret prisons in Georgia can cause indignation among ordinary Georgians and probably will as they know exactly how the current regime is struggling with the political opposition. Using its punitive institutions Tbilisi authorities deal shortly with everybody who thinks differently. Many experts admit that Georgia has the biggest number of political detainees in the world. The existence of the secret casemates is beneficial for the Georgian authorities not only because of their solidarity with the Americans who got stuck in Afghanistan. It is also an effective way for them to get rid of the ardent critics.

The reason for secret prison is obvious: it is a place to hide forever the people that are disliked by the current regime. David Sigua did not suit Tbilisi authorities. He actively supported the official Sukhum Government, he was popular among the residents of Gal region, and people listened to him. In this case, isn’t it better to get him into such prison which is not mentioned in the Ministry of Justice list and is difficult to find in the out-of-the-way mountainous locations. According to the unverified sources, the secret casemates can be in the suburb areas of Tbilisi and Rustavi. And they are not solely Georgian prisons. There is a possibility that the secret prisons of CIA are located in this territory. Taking into consideration the participation of Georgia in the international anti terrorist operations in Afghanistan it can be assumed that talibs after the capture are transferred to Georgia for further detention.

Therefore , Georgia was accused of creating a system of secret prisons. Right now Abkhazia does not have enough evidence, but it has assumptions. Two Abkhazian citizens have already disappeared in the Georgian prisons. Who is the next victim of the Georgian special services? It will be truly sad, if the abductions continue.

“On the 26th of October, the day of the publication another Abkhazian citizen Parpaliya Nugzar (born in 1945) who works as a foreman at the Rep village was kidnapped. This incident happened on the Georgian side of the border at the village of Hercha. Parpaliya N. was captured by Georgian special services when he was returning to Abkhazia from the territory of Georgia. The 65-year old man was accused of the drug trafficking but it is known that the evidence was fake.”

This article was published by Regnum and is translated from Russian.