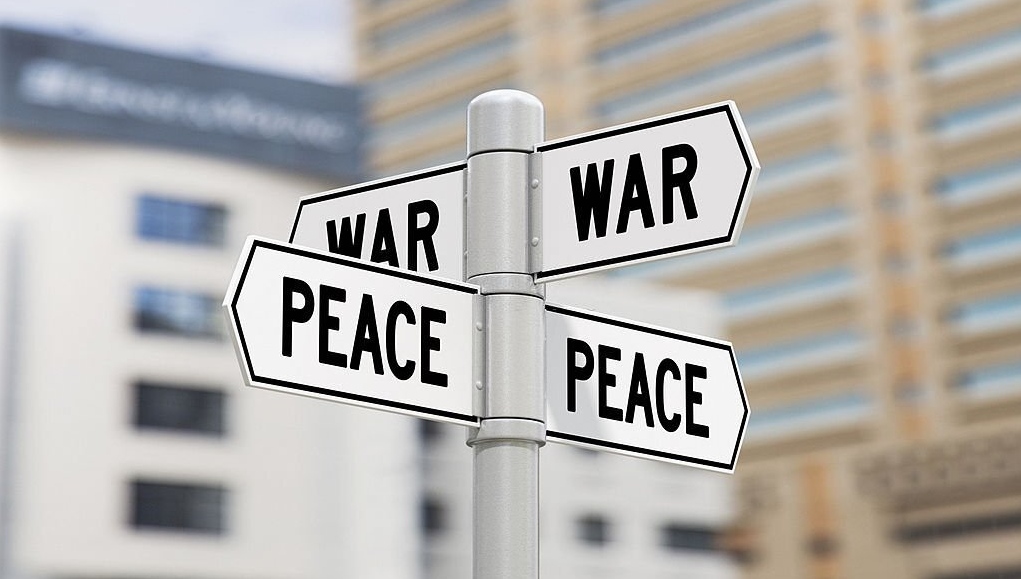 by a concerned citizen of Abkhazia

24th of February, at 4:00 p.m. sharp (Ukrainian time) Kyiv has been bombed, we were announced that the military special operation has started. That is how the lines of Soviet poet Boris Kovynev with minimal changes for the situation were actualized 80 years later. Roskomnadzor officially banned calling it a «war» and already blocked several sites. You and I know very well: «War is Peace, Freedom is Slavery». Hello, granddad Orwell!

But doesn’t matter how you call a ship, it will still be a ship. Even though in Ukraine last days ships are used to be verbally sent, not called.

The following week filled all world’s social media headlines with the shots of shelling and airstrikes. The actions calling for the war to end went and continue going all along the planet (from the states of Latin America to Russia itself).

And what about Abkhazia?

Since the first day, you could meet hundreds of our fellow citizens’ comments supporting the main ally – Russia. If unite them in a big one, you’ll get something like «they deserve it, they fought against us anyway».

Literally, the same thought was duplicated the next day by the president in his appeal, along the way recognizing LPR and DPR.

«...I’ll only remind you the bitterness, with which Ukrainian groupings were fighting against us in The Patriotic war of Abkhazian nation within Georgian army…» A. Bzhania

There is a less popular, but still widespread point of view in Abkhazian society. It is held by more receptive people who are sure that the shaky peace in Abkhazia is being held exclusively thanks to Russia. This opinion is formulated commonly like that: «The war is awful, it’s a tragedy, but without Russia, Georgia will bomb us, that’s why we wish a lucky and soon finish for the special operation»

But what about the voices against the war?

They are also here, but only in whispering. The thing is that «The law about foreign agents» is hanging above every civil activist, every independent journalist like a guillotine, being nicely borrowed from Russian legislation, waiting there for a reason to be accepted officially. It seems that the statement against the war cannot be perceived destructively in any form.

But the fear of stabbing the initiative group or organization colleagues, who are already pushing away the claims of every kind regularly, leads to the lack of desire even to think despite the authorities’ postulates. That’s a real crimestop. Hi again, granddad Orwell!

Let’s resume and try to find factual mistakes in 2 common points of view:

1. «They deserve it because they fought against us»
2. «The war is terrific, but better with them, than with us»

1. UNA-UNSO (Ukrainian National Assembly-Ukrainian People’s Self-Defence) is a military formation, it consists of ethnical Ukrainians, who have been fighting within Georgian army. But wait a minute. Ukrainians have been fighting on Abkhazian side too, and today there is a big amount of Ukrainians living in Abkhazia and considering themselves patriots of Abkhazia. Does the national belonging of Georgian-Abkhazian war members justify the murders of Ukrainians 1999, 2000 years of birth?

These two newborns born in Kyiv metro, which is functioning as a bomb shelter are absolutely not the ones to blame for fighting against Abkhazia. 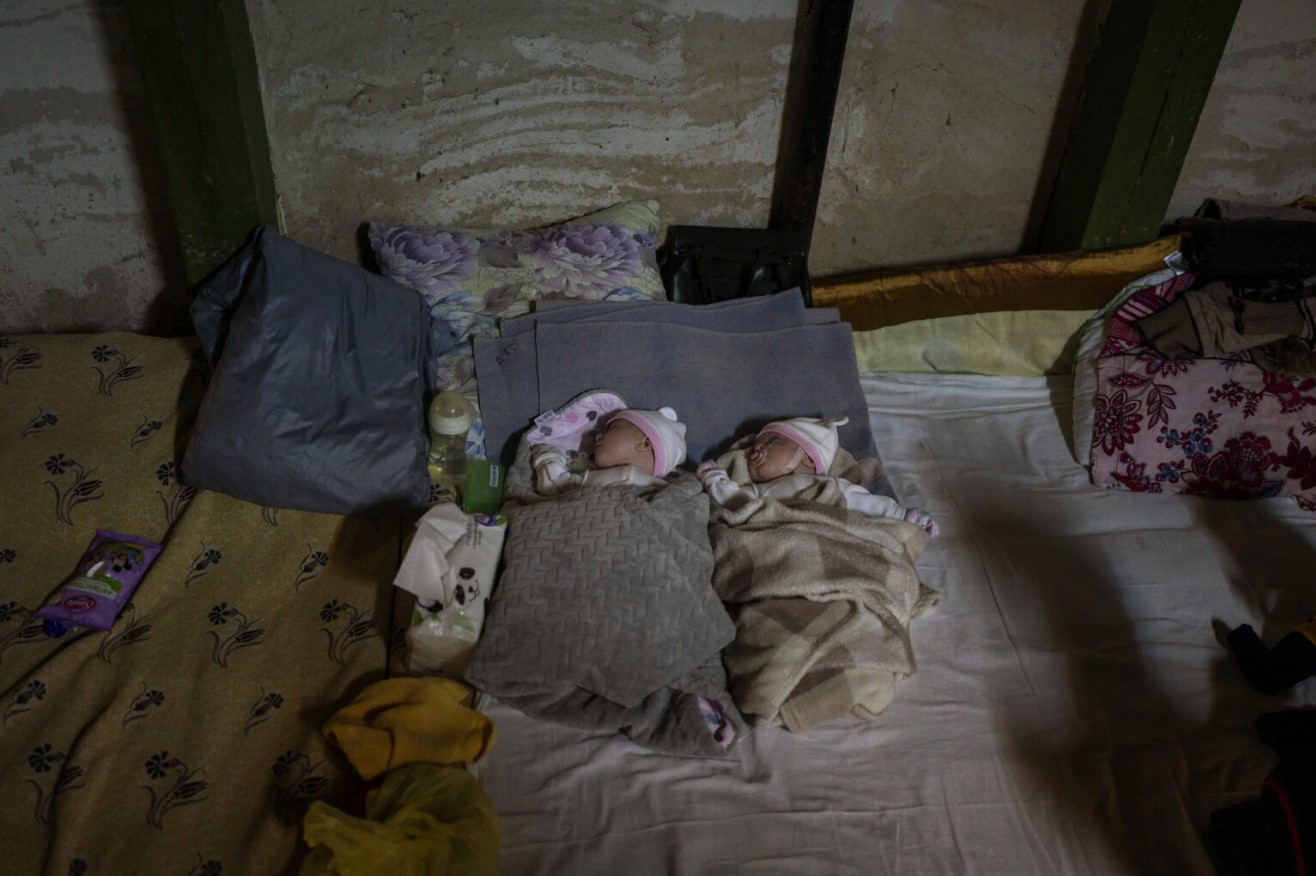 2. It is also pointless to wish them a soon victory for peace to reign. Because even in case of military defeat for Ukraine, wealthy life will not come back to Russia, and it will not appear in Abkhazia for decades. It can be predicted already today that current sanctions against Russian economics are the largest of any sanctions, which have ever been made against someone.

It can be seen now by completely confused electronic tabloids on Abkhazian banks. When the currency exchange offices have been opened in Abkhazia, no one could presume that dollar’s cost to rubles may be a three-digit sum. All of this will lead to the following: even in the case of so-called conservation of the acting Russian regime within itself for the nearest 5-10-20 years, impoverishment of usual citizens is inevitable.
The Soviet Union had been pulling itself long enough under sanctions, and its industrial power could let the production exist apart from others. The same cannot be applied to today’s Russia.

Why is it important to speak up against the war?

If the very fact of the bombing of residential buildings is not an argument against the war for someone, let’s try to find other. For someone probably it will become a revelation, but Abkhazia itself now is in war condition. The war had not stopped, it’s just in a form of a «frozen conflict». At the moment the impossibility of open conflict between Georgia and Abkhazia is connected personally with Vladimir Putin. But the Russian president is, if someone forgot, is already getting 69 years old this year. This is the age, which most of his fellow citizens cannot reach due to natural causes.

Thus, the question sounds louder and louder: «What is going to happen with Abkhazia after Putin?». Earlier this question seemed something postponed, but solvable. Boris Nemtsov was criticizing Georgia for bombing Tshinval, Aleksei Navalny considered Abkhazian right for independence and he was convincing not to compare Abkhazia and South Ossetia to LPR and DPR.

At this moment, we are setting the sign of equality between Abkhazia and the self-proclaimed republics of Donbas, whose statehood lasts for short two months between the overthrow of imperialism and the rise of communism at the beginning of the last century. Boris Nemtsov is killed, Navalny is in jail, and in the row of the opposition, there is only Ilya Yashin, who doesn’t miss the opportunity to call Abkhazia and South Ossetia «so-called» countries.

Now after the change of power there is physically no one in Russia to speak up for Abkhazian independence, so, is in Europe. We have to understand that right now we live in a history book, where the largest war in Europe (since Second World War) is being described. And the only expressed and officially declared position of Abkhazia is full support for Russia. No parallels, but after The Second World War had ended Japan, as German ally, had lost its sovereignty and got long years of demilitarization and democratization.

We, unlike our state leadership, are able to raise our voices in any form. We should not be scared of the law about foreign agents, nor should not we have fear of being fired.

The loss of Abkhazian sovereignty is happening right now. Because future Russia who builds friendly relations with Ukraine and with the rest of the world, will not support Abkhazia for applause for the war of today’s Russian state leadership. Will there be supporting action for Abkhazia all around the world in case of Georgian aggression – absolutely not. Because there’s hardly anyone in Europe who knows about the existence of Abkhazia, and every time they try to, they can find the words of our president about «Ukrainian fascists».

Anyway, the power with militant inclinations, who could not speak up against even with a great desire, is not as terrible as the society solidary with this power. 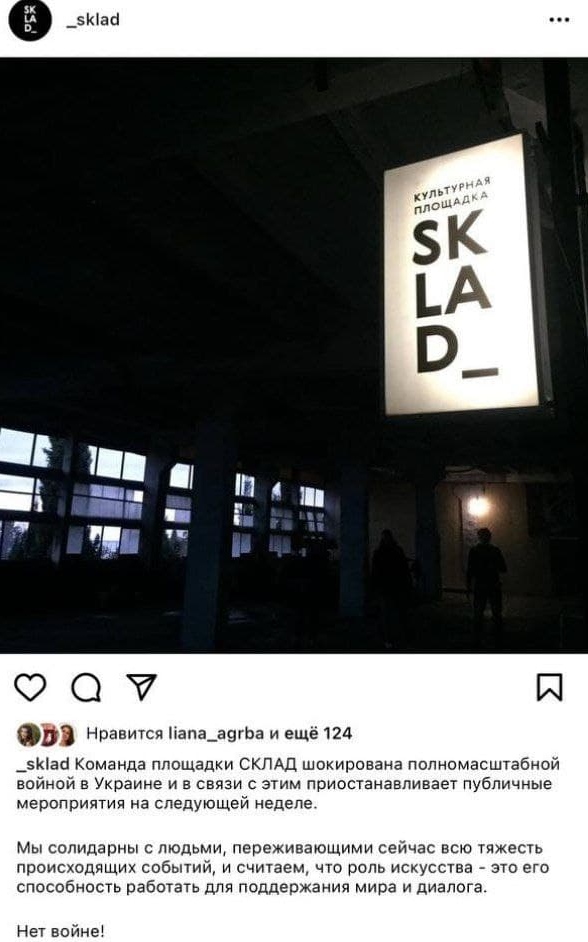 We, unlike our state leadership, are able to raise our voices in any form. We should not be scared of the law about foreign agents, nor should not we have fear of being fired. It’s clear that it is easier to go to the action with a banner «Stop war» living in Poland or in France. But even Russian society, widely famous for its feature to express disagreement with silence, goes to these actions anyway, and they are ready for batons and electric shockers.

Let’s be honest, no street action against the war can stop it. But if Abkhazian society is against the war we have to give it a voice, at least for history books, which we absolutely don’t want to get into as accomplices of the war.