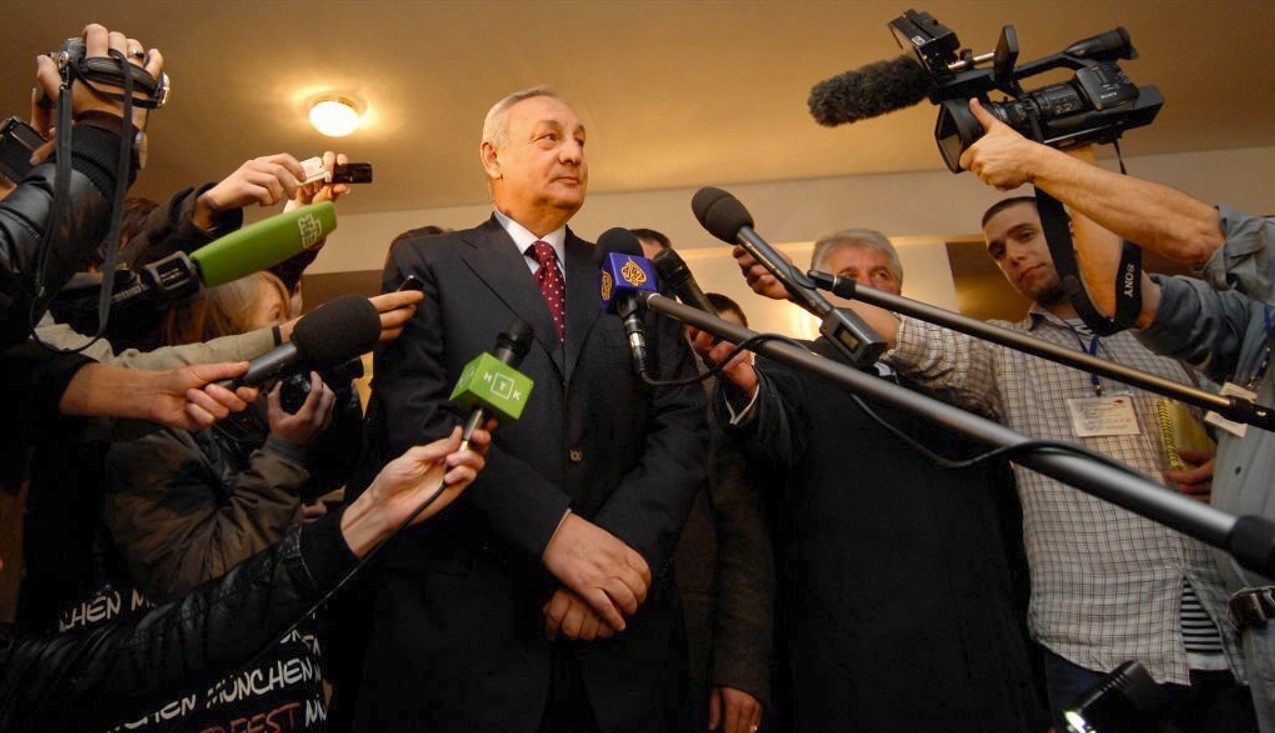 Sergey Bagapsh (1949-2011), the second President of the Republic of Abkhazia.

On 4 May 2006, the Abkhazian president Sergey Bagapsh had submitted to Parliament a plan (‘A Comprehensive Resolution to the Georgian-Abkhazian Conflict’), which was approved on 7 May. Known as ‘The Key to the Future’, it resembled a similar proposal put forward the previous December by Kokoiti in respect of the conflict in South Ossetia.

Abkhazia’s Apsny Press said of the plan that it envisaged a settlement to the conflict within the framework of regional economic cooperation among the Black Sea states (Apsny Press, 5 May). Foreign Minister Shamba discussed the plan at the Coordinating Council’s meeting in Tbilisi (the Council’s first meeting since its suspension in 2001) that same month, and it was cautiously welcomed by both Irakli Alasania and Giorgi Khaindrava, who conducted Shamba on a walkabout down Chardin Street in Tbilisi.

See the interview below with Paata Zakareishvili:

Instead of greeting this rare, high-level visitor from Abkhazia personally or even simply letting it be known that he approved of such a visit, Saakashvili pointedly chose that selfsame day to travel with his Defence Minister Okruashvili to the military base in Senaki (Mingrelia), close to the border with Abkhazia. The message from Saakashvili was again unambiguous. 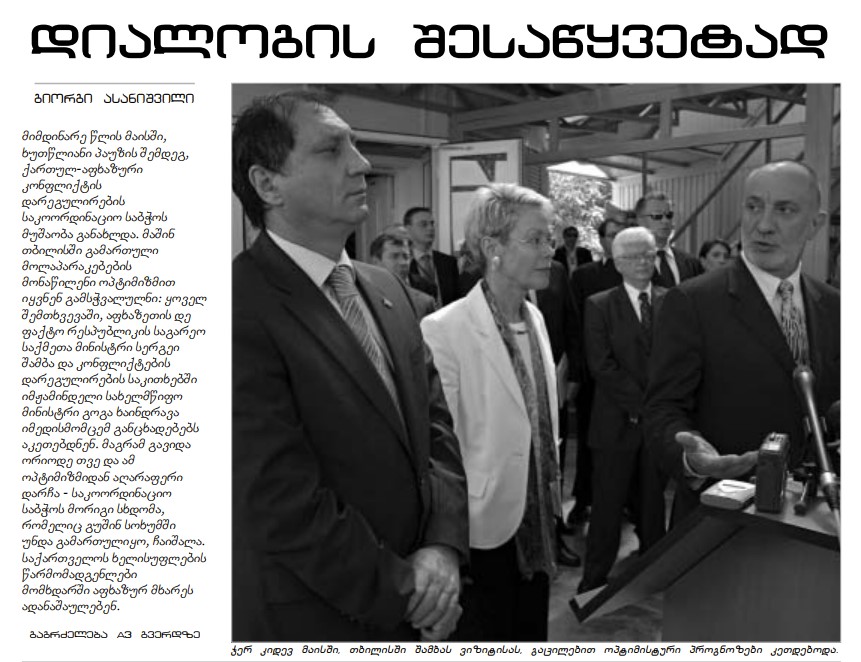 Tensions Rise over the Kodor Valley

1994 Moscow Accords which formally marked the ceasefire in the Georgian-Abkhazian war delimited a demilitarized zone. Despite this, Saakashvili decided in the spring of 2006 to introduce an armed force that he disingenuously described as a 'police-force' into the Kodor Valley.

The Upper Kodor Valley had remained outside Abkhazian control since the end of the war on 30 September 1993 and had been notionally subordinate directly to Tbilisi. During Shevardnadze’s presidency, a local Svan, Emzar Kvitsiani, had established himself as head of the district. On the pretence of carrying out a ‘policing operation’ in the Valley, on 22 July 2006, Saakashvili, perhaps buoyed up in confidence in the wake of the tumultuous visit to Tbilisi of President George W. Bush in the spring, despatched a contingent of ‘law-enforcement officers’ to take action against Kvitsiani, who had evidently refused to swear fealty to the new government in Tbilisi. The Abkhazians promptly complained of this infringement of the 1994 Moscow Ceasefire Accords, but, apart from some insignificant reprimands and calls for the ceasefire-agreement to be respected (as, for instance, in the UN Security Council’s resolution of 13 October 2006), no action was taken against the Saakashvili regime. It had been hoped that Abkhazia’s Foreign Minister Shamba might have had an opportunity to explain Abkhazia’s position in an address to UN members, but instructions were issued by the Bush administration that Shamba should be denied a visa to enter the USA. He was thereby deprived of the opportunity to exercise his right to free speech before the world’s community of nations.

Abkhazia Withdraws from the Peace-talks

The Kodor Valley was still hosting Georgian military personnel in 2007, and investment was targeted by Tbilisi at the region for various infrastructure-projects, mirroring the parallel exercise in that part of South Ossetia under Sanakoev’s control; a branch of Zugdidi Bank was opened in the village of Azhara, boasting perhaps the only functioning ATM in the whole of Abkhazia (and certainly the only one to issue Georgian currency!).

Needless to say, the Abkhazians were suspicious that weapons were being stored there, a suspicion that would prove to have been well-founded in the aftermath of the events of August 2008. On 3 February 2007, Davit Sigua, a local Mingrelian who was working with the Abkhazian government as chairman of the Gal electoral commission, was abducted from Gal town. Despite repeated protests and appeals, nothing was seen or heard of him again.

This was simply the last straw which led the Abkhazian authorities to announce a total halt to the negotiating process and to lay
down three conditions for its resumption:

1. Removal of military personnel from the Kodor Valley;
2. Release of Sigua or, failing that, a statement about his fate;
3. The signing by the permanently bellicose Saak’ashvili of a non-use-of force agreement with the Sukhum authorities.

Whilst there may no longer be any Georgian military personnel on Abkhazian soil, Tbilisi has never (voluntarily) complied with any of these conditions.