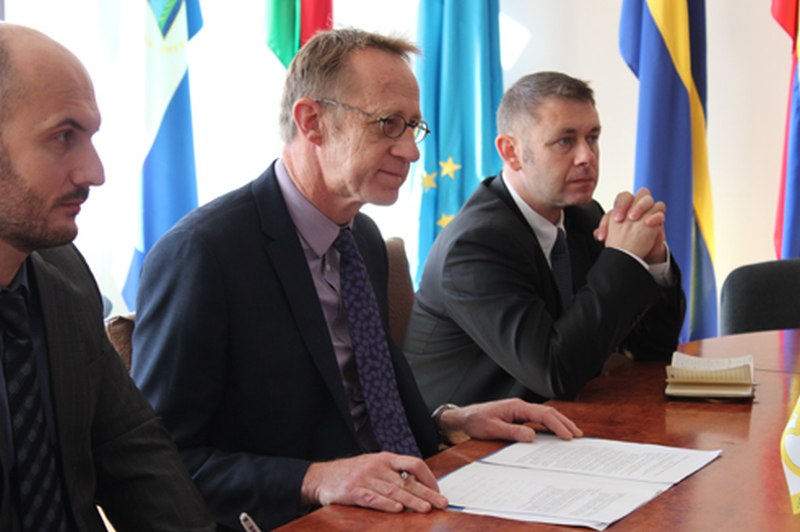 SUKHUM -- President Aleksandr Ankvab has received the permanent director of the UN Development Program (UNDP), Niels Scott. During the meeting they discussed the activities of the UN in Abkhazia.

In the words of Niels Scott, who visited Abkhazia 15 years ago, it is impossible not to see the progress that has taken place during that time.

The UN representative announced that for the first time he plans to participate in the Geneva discussions on security in the Transcaucasus and would like to hear the opinion of the Abkhaz side concerning approaches to resolving key problems.

Aleksandr Ankvab noted that the position of the Abkhaz side remains unchanged.

“There can be no return to the past. The position of the Abkhaz side does not depend on who is in power in Georgia. We are ready to discuss issues with the Georgian side after the signing of a peace treaty,” the president said. The UNDP coordinator noted that in order to improve their work in Abkhazia they are preparing the concept of a new program for the next several years and would like to ascertain the opinion of the Abkhaz side concerning which areas they consider a priority.

“We would like to help you, to offer more substantive assistance, for example in the spheres of education, health care, and social development,” Niels Scott said. In that context he added that they understand that Abkhazia receives a huge amount of aid from its partners.

Aleksandr Ankvab said Abkhazia is ready to listen to concrete proposals from the UN on a new development concept for Abkhazia.

“If it will be along the same lines as in previous years, such assistance does not suit us,” the president said.

Aleksandr Ankvab also noted that Abkhaz society does not need tips on how to live and develop civil society in the republic.

“If international organizations will help us develop the economy, revive health care, help us to build the appropriate medical facilities and provide medical equipment, etc., that would be concrete help,” the head of state said.

Aleksandr Ankvab also noted that there is no need to talk about help from international organizations in developing Abkhaz culture in conditions where creative groups from Abkhazia are unable to accept invitations to attend cultural events in EU countries.

At the end of the meeting the President stressed once again that he considers the signing of a peace treaty the main issue in relations between Abkhazia and Georgia.