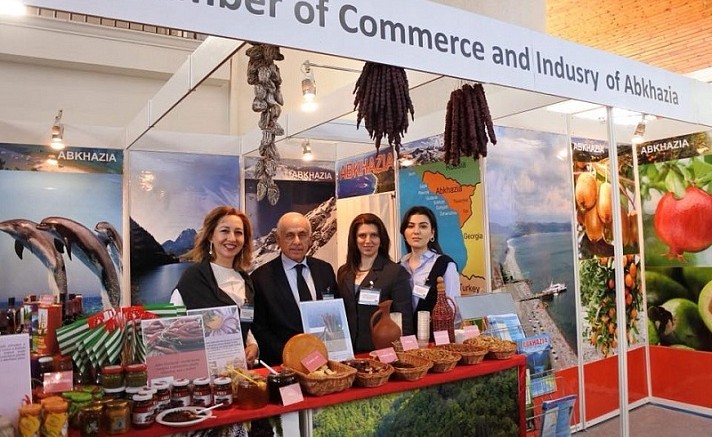 PRAGUE -- The delegation of the Chamber of Commerce and Industry of the Republic of Abkhazia, led by its President Gennady Gagulia, took part in the international tourist exhibition "Holliday World Top Gastro & Hotel".

As the CCI noted, Abkhazia was represented at the exhibition as a new tourist route in the world tourism business. Representatives of tourist companies from Poland, Thailand, Sudan, Slovenia, Montenegro, Slovakia, Malta, USA, Australia, China, Indonesia, Palestine, Mexico, Turkey, Egypt, Sri Lanka, Peru, Bulgaria and others took part in the exhibition. Most of the exhibitors presented stands with the support of national ministries of tourism and embassies in the Czech Republic.

There were also held business meetings. Representatives of many travel agencies expressed interest in cooperation with the goal of developing foreign tourism. Specialists lamented the lack of advertising and misinformation distributed by Georgian embassies and diasporas in foreign countries. An exchange of contacts was held with the aim of concluding contracts for the supply of Abkhazian products.

It is emphasized that the delegation of the CCI of Abkhazia considers participation in the exhibition to be very successful. "Such kind of events contribute to the image and popularization of the Republic of Abkhazia at the international level," - the message says.