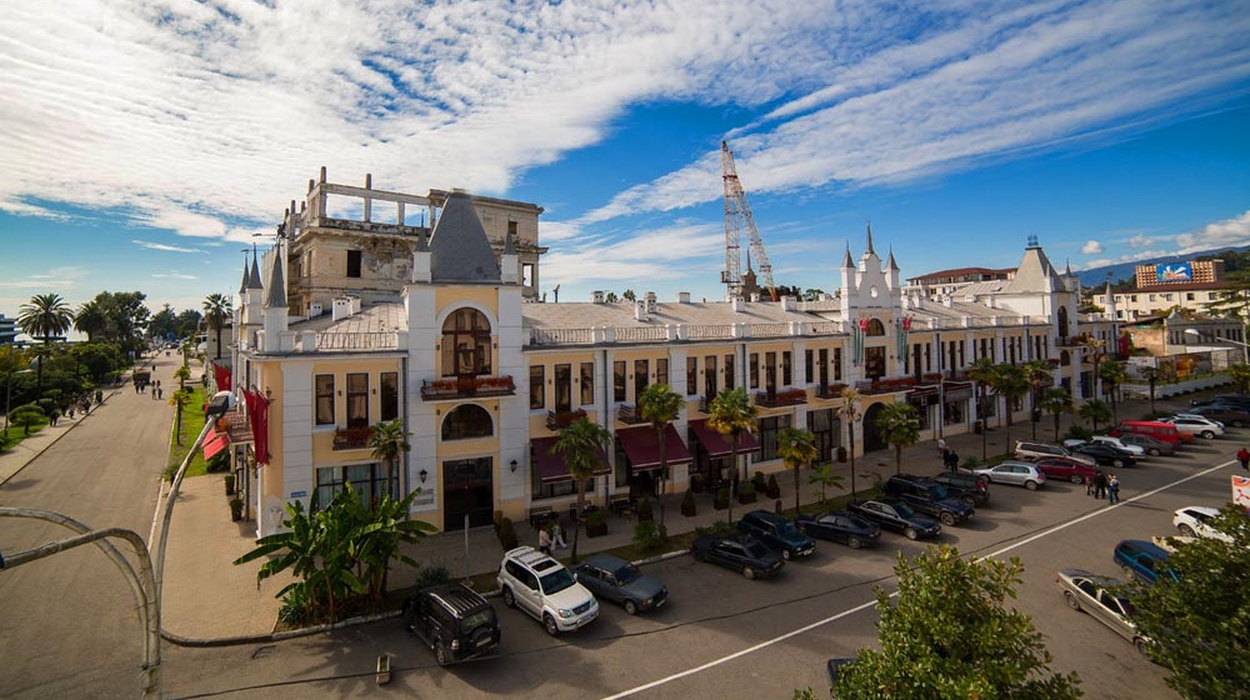 Vitaly Sharia -- After a recent interview with Ekho Kavkaz by Deputy Chief of Staff of the Government of the Republic of Abkhazia Christian Bzhania, the online-publication Apsny Social Information Agency cited a short statement by Liana Kvarchelia, member of the board of directors of the Centre for Humanitarian Programmes. In it, she says that, if one is to believe Christian Bzhania and analyse the actions of the Republic of Abkhazia’s Foreign Ministry, the authorities of the republic plan to expel international organisations from Abkhazia. But the presence of international structures here actually works against the Georgian thesis about the occupation of our republic by Russia. It would seem to follow that our authorities are wanting to help Tbilisi in promoting such an image of Abkhazia – can this be so? is the question she asks.

A lot of comments have appeared in the Abkhazian segment of Facebook. Here is what Internet user Zurab Smyr wrote :

“People like Liana Kvarchelia had to work in power for Abkhazia not to remain an island without communications. I attended Liana Kvarchelia’s presentation in London in 1996 and was proud that she was an Abkhazian. The British asked me - who is this? How smart she is... Liana talked about the history of Abkhazia, the history of the conflict and the right of Abkhazia to be an independent country. There is no need for me to speak further about the Press Service of the Republic of Abkhazia’s Ministry of Foreign Affairs in Moscow during the war and the role that Liana played there. She is a great patriot of Apsny.”

But the following exchange of opinions of commentators ensued:

There were also the following opinions:

Today Echo of the Caucasus contacted Liana Kvarchelia to explain her position in more detail. Here's what she said:

“In response to the decision of the Council of Europe to recommend to EU member-states not to recognise Russian passports issued in the Republic of Abkhazia by the Embassy of the Russian Federation, our officials made a number of statements in interviews... These were not official statements, these were interviews in the media. And the Minister of Foreign Affairs (Inal Ardzinba) said that he would review the policy towards international organisations located on the territory of Abkhazia. And Christian Bzhania gave an interview in which he said that international organisations would have to be “asked to depart” from here. I have questions about this position. I have already expressed my opinion regarding the EU countries and the EU decision: I think that there are absolutely double standards here. They are just encouraging Georgia which imposes on the whole world the perception of Abkhazia as some kind of puppet and is now trying to use the Ukrainian case in its own interests. In and of itself, such a position on the part of the European Union causes indignation. But the answer – namely, that it is proposed to expel international organisations from Abkhazia altogether – seems to me to be hardly adequate."

And here are the arguments – apart from the very fact that Abkhazia and its population, for no reason at all, will lose significant assistance from international NGOs – that Kvarchelia formulates here:

“One of my arguments is that today Georgia is trying in every possible way to present us as an occupied territory. But while international organisations are here, especially such as a UN agency, it is more difficult for them to say that we are under occupation. Thus, removing international organisations from Abkhazia is simply helping Georgia. Secondly. Our officials and other politicians are all the time telling us that, if not today, tomorrow there may be a war. So why then remove international organisations from here? If, God forbid, something really were to happen… By the way, nothing can be ruled out, one has to be ready for anything, for I have no doubt that Georgia, if the opportunity arose, might well take advantage of the situation… Then the presence of international organisations gives the world-community the opportunity to know who after all is the initiator of hostilities. I want to recall the situation in South Ossetia. After the August war in 2008, a report was prepared under the leadership of Heidi Tagliavini, and it simply referred to the testimony of OSCE representatives. This evidence formed the basis of the report, and this is the crucial point.”

Returning to the question of how to deal with the right of citizens of Abkhazia to move around the world, we recalled the following precedent: the Turkish Republic of Northern Cyprus has been recognised for almost half a century by only one country - Turkey; nevertheless, Turkish Cypriots use their passports to move around the world. Liana Kvarchelia says: