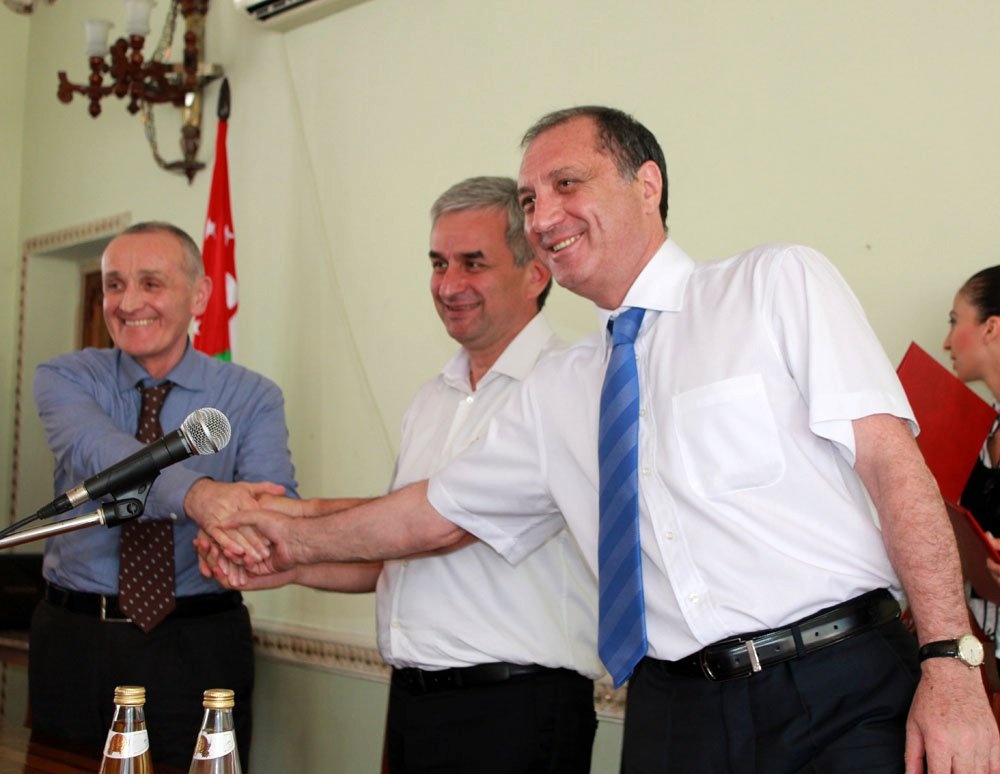 Signing of the agreement was initiated by the party “Forum for the National Unity of Abkhazia,” which put forward Raul Khajimba as a candidate for president of Abkhazia.

The agreement was also signed by representatives of the public and by journalists.

In signing the document, each party to the agreement assumes the obligation: “to act guided solely by the state interests of the Republic of Abkhazia and its people; not to permit by his actions the legitimacy and real results of the elections to be undermined in the eyes of the people and of the world community; to carry out open and honest electoral work and not to permit manipulations, distortions, or falsification of any information; to be open to any questions from voters or journalists; not to use “black technologies.”