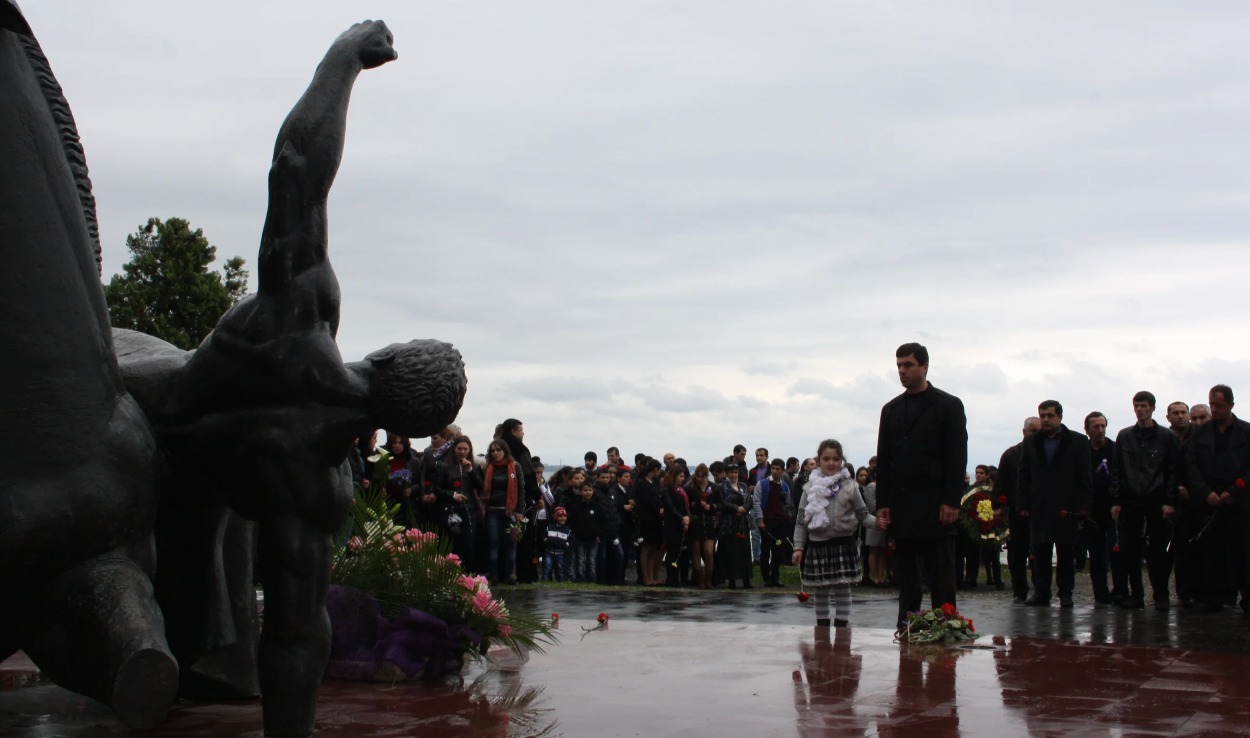 DECLARATION OF THE ASSEMBLY OF THE MOUNTAIN PEOPLES OF THE CAUCASUS

We, the representatives of the mountain peoples of the Caucasus, have assembled in Sukhum, the capital of the Abkhaz ASSR, to honour the memory of our ancestors who gave their lives for the freedom and independence of the Caucasus and to extend the hand of brotherhood to our compatriots, the muhajirs, who were forced to move abroad.

Striving for freedom and independence has always been part of the national consciousness of the mountaineers. The struggle in defence of these great ideals has left in our history many heroic and tragic pages.

However, the greatest test we ever faced was the 50-year-long anti-colonial struggle against the Russian Empire. The autocracy set as its goal not only the conquest of the Caucasus but the extermination and expulsion of the mountaineers. That goal defined the barbaric character of the war which in essence was a genocide directed against our people.

Hundreds of thousands of them died from hunger and disease. Those who remained either had to withdraw into the mountains or were forced to leave their much-beloved Motherland. There are today millions of expelled mujahirs living beyond the borders of our fatherland. Homeless and dispersed throughout the world, the mountaineers suffer both abroad and in the homeland. But despite all they have undergone, we retain a holy hope that we will be able to join together again on our native land.

The profound democratic changes that have taken place in the Soviet Union give our people a historic change to restore justice.

We are certain that now on the brink of the 21st century and with the help of the Soviet Union, Turkey and the International community, that the mountain peoples will achieve their goal.

In the name of the Assembly of the Mountain Peoples of the Caucasus, we call for the following steps to be taken:

1. Recognition of the day of the end of the Caucasus War, May 21, 1864, as a day of memory for the victims of that war and for those who suffered forcible deportation.

2. Establishment of a single international program to restore the cultural, scholarly and other ties of the Caucasus mountaineers with their compatriots abroad.

This resolution was adopted by a meeting of 30,000 representatives of the mountain peoples of the Caucasus at Sukhum, Abkhazia, on May 31, 1990.

Yu.M. Shanibov, President of the Coordinating Council of the Assembly of the Mountain Peoples of the Caucasus.

S.M. Shamba, President of the "Aydglara" Forum of Abkhazia.

The National Forum of Abkhazia. 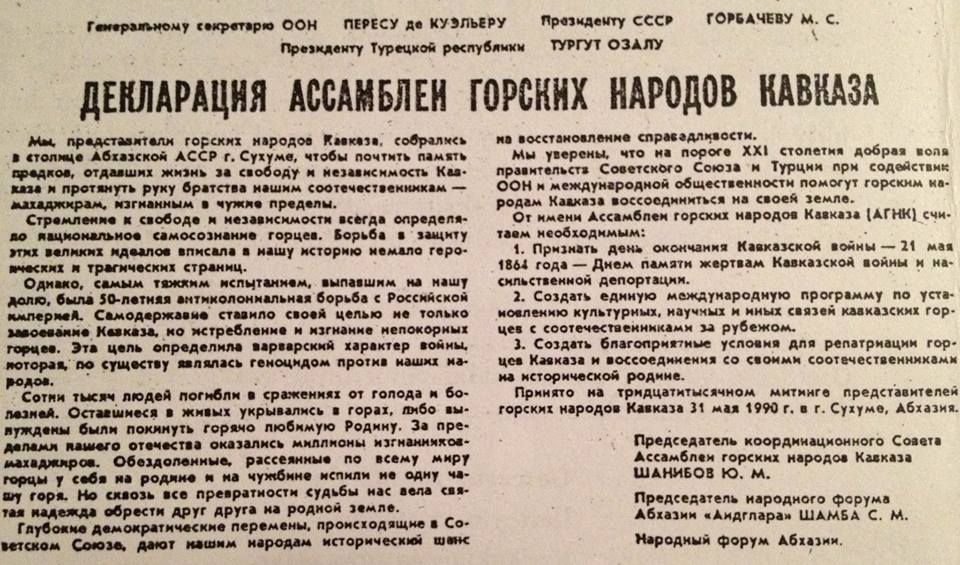