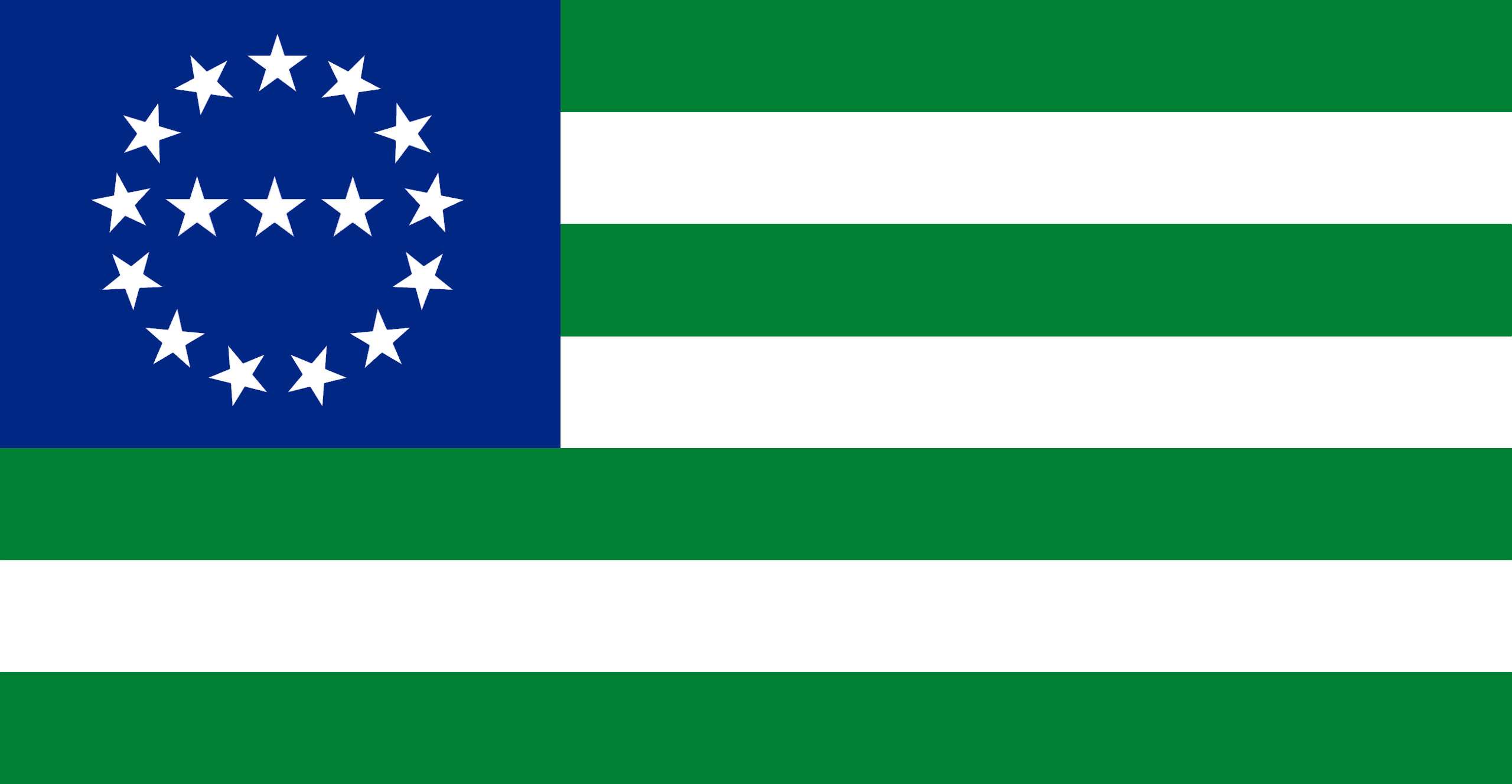 We, plenipotentiary represenatives of the Abazinian, Abkhazian, Avar, Adyghe, Auxov-Chechen, Dargwa, Kabardian, Lak, Ossetian (of North and South Ossetia), Cherkess, Chechen, Shapsugh peoples, sensing our ethno-cultural kinship and the common character of our ecological surroundings and historical fate, which have found their confirmation at every heroic and tragic stage in the history of our common struggle for self-preservation:
taking into account the inalienable right of each nation to self-determination;
aspiring on the basis of the Universal Declaration of Human Rights and of other generally recognised international-legal acts to create all conditions for satisfying the interests of each nationality, to guarantee equal rights for all peoples, ethnic groups and each person;
convinced that unity and collaboration between our fraternal peoples, for the separation of whom were directed the politics of both the tsarist autocracy and the totalitarian regime of the former Soviet Union, will facilitate the self-preservation and survival of the Mountain Peoples of the Caucasus;
recognising as unacceptable any infringement of the interests of individuals by race, religion or other factor and as contrary to natural law any attempts to achieve one’s own freedom at the expense of the oppression of others;
considering it our sacred duty by every means to facilitate the return to the Homeland of our fellow-nationals, [whose ancestors were] forced into exile during the period of the Russo-Caucasian war;
firmly determined to oppose any action designed to inflame inter-ethnic enmity, and ready with united forces to face up to any aggression;
entrusting to democratic methods, in particular to people-diplomacy, which has a multi-century tradition and which has not lost its power in the Caucasus today, an exceptional role in settling vexed questions and disputes in inter-ethnic relations;
inspired by the prospect of shewing to the whole world through the example of the multi-ethnic Caucasus, a region unique on the ethno-cultural plane, our sincere striving for the establishment of brotherly relations between peoples on the basis of the principle of equality of rights and close collaboration in the settling of socioeconomic and cultural problems,  have decided to conclude the following

The subjects of the Treaty are the mountain-peoples of the Caucasus existing as the historically independent ethnic communities who have expressed in their national congresses (conferences) and their executive committees their desire to enter the Confederation and whose plenipotentiary delegates drew up and recognised the present Treaty.

The Treaty partners declare that they will act in the spirit of fraternity, friendship and coo/peration with the aims of further developing and strengthening political, socioeconomic and cultural ties between the mountain-peoples of the Caucasus, following the principles of respect for state-sovereignty, coo/peration, mutual help and noninterference in the internal affairs of the republics which they represent.

The Treaty partners recognise the need for (i) the coo/rdination of forces for mutually agreed management of socio-political processes in the republics and national territorial formations of the region, (ii) the formation of a highly developed and optionally functioning inter-republican socio-economic complex, (iii) the creation of conditions for the transition to a market-economy, (iv) the effective and rational use of natural resources and their conservation, (v) the development and strengthening of the artificially interrupted ties between our peoples, (vi) the raising of the standard of living of the population of the republics and of the region in general, and with this aim they go with proposals for the concluding of bilateral and multi-lateral treaties on coo/peration and mutual assistance to the highest leading organs of the republics and national territorial formations.

The subjects of the Confederation have equal rights within the limits of the association irrespective of the number of their peoples. They can differ according to the size and structure of the powers delegated by them to the Confederation.

The formation of confederative organs is produced by national congresses (conferences) to the Congress of the Mountain Peoples of the Caucasus by means of delegating their plenipotentiary representatives. The Congress itself forms and confirms the confederative organs according to this very principle on a basis of parity. However, it is proposed that with the appearance of necessary conditions the Caucasian Confederation will pass over to the conducting of direct directions of delegates to the Congress of Mountain Peoples of the Caucasus.

The President, Presidential Council, Chairman of the Court of Arbitration, the Caucasian Parliament (Caucasian Assembly), the Chairman of the Committee of Caucasian Associations and the Coordinator for the business of the CMPC chosen by the supreme organ of the CMPC will with unconditional priority for the legislative and executive organs of the republics fulfil their plenary powers by discussion, decision and control for the realisation of each and every problem and question touching upon the interests of the peoples united in the Confederation.

The organs of the CMPC are built according to the principle of the division of powers between the legislative, the executive and the judiciary, and they function in accordance with the ‘Statute concerning the leading organs of the CMPC’, ratified at the IIIrd Congress of the Mountain Peoples of the Caucasus, and with regard to the laws of the republics of the region.

The Caucasian Parliament (Caucasian Assembly) is elected directly by the plenipotentiary representatives chosen at the congresses of the participating peoples of the CMPC and is not dependent on national parliamentary institutions but at the same time effects a direct link with them through persons who are simultaneously deputies of the Caucasian and national parliaments.

The Committee of Caucasian Associations -- the executive organ of the Confederation -- consists of leading employees of the ministries, departments and public organisations of the republics heading the various specialist associations.

The Committee of Caucasian Associations in the person of the President, his First Deputy, the Chairman of the various specialist associations and the Coo/rdinator for the business of the CMPC on the basis of treaties in a variety of directions will draw up a general plan for the socio-economic and cultural coo/peration of the republics, and after agreement in the institutions of the Caucasian Parliament and Presidential Council they will distribute it to the national parliaments and governments of the republics.

With the aim of resolving inter-ethnic conflicts and of guaranteeing stability in the region, the IIIrd Congress of the Mountain Peoples of the Caucasus charges the Caucasian Parliament with drawing up a special Statute on the status and functions of established forces for regional security.

The Treaty is open for new subjects to join. An act of union with it will be effected by a special Agreement, confirmed by the Parliament of the Confederation or by the next Congress of the Mountain Peoples of the Caucasus.

Withdrawal from the Confederation is achieved by decision of a national congress (conference) of the subjects of the Treaty and will be considered by the Parliament of the CMPC.

The Statutes of the present Confederative Treaty can be abolished, altered or supplemented at the request of the subjects by decision of the Parliament of the Confederation with subsequent confirmation by the Congress of the Mountain Peoples of the Caucasus.

The participants to the Confederative Treaty commit themselves to observe its conditions and to bear responsibility before their own peoples and the commonwealth of Caucasian peoples as a whole for their actions according to the commitments they have taken upon themselves.

The parties to the Treaty have chosen as place of residence for the leading organs (headquarters) of the CMPC the city of Sukhum, capital of the Abkhaz Republic.

The Treaty comes into effect from the moment of its recognition (i.e. from 2 November 1991). It is subject to ratification in the national congresses (conferences) or parliaments of the peoples who have created the CMPC. Documents of ratification will be deposited with the Presidential Council of the CMPC.

The leading officers at the time of the formation of the Confederation were: Yuri Mukamedovich (Musa) Shanibov (President of the CMPC), Jusup Soslambekov (Speaker of the Caucasian Parliament), Den’ga Khalidov (Deputy-Speaker of the Caucasian Parliament), Konstantin Ozgan (Chairman of the Committee of Caucasian Associations), Zurab Achba (Chairman of the Confederation Court of Arbitration), Gennadij Alamia (Coo/rdinator for the Business of the CMPC, Vice-President of the CMPC).