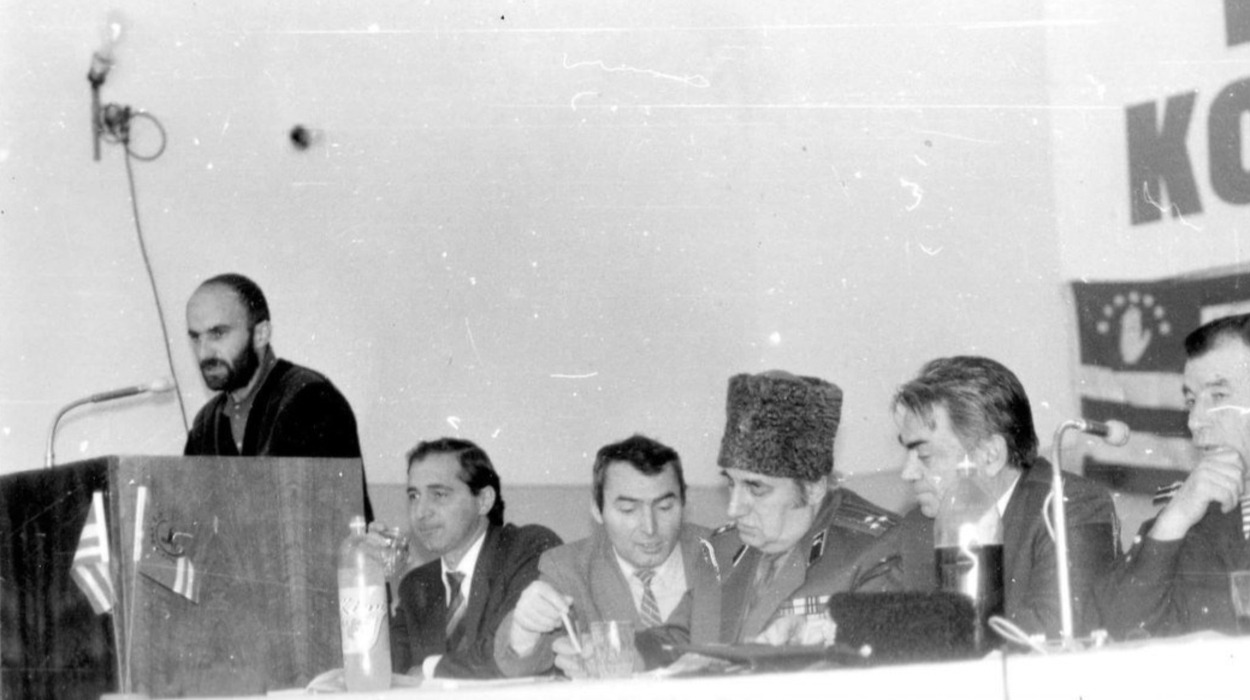 From the Idea of Caucasian Unity to Regional Fragmentation: The North Caucasus, 1990–1999

In October 1999, Shamil Basayev, the famous Chechen commander whose occupation of Daghestani territory in the summer of the same year is alleged to have led to the second Russian intervention in Chechnya, argued that he saw the future of the Caucasus as a confederate state, which included the Cossacks as well. In fact, the idea of Caucasian unity is not a new one. Johar Dudayev, the retired Air Force general who became the president of Chechnya following the disintegration of the Soviet Union, stated on several occasions that unless all the republics separated from Russia, the independence of the Caucasus could not be achieved. The way to realise this was to unite the Caucasian peoples in a confederation. One of the first decisions of the National Chechen Congress, a broad-based popular front uniting all the republican political movements, was to set up a political party in the Chechen-Ingush Republic called the Caucasian Independence Party. The main objective of the party was to sponsor regional integrative attempts; henceforth, Dudayev went on with the consolidation of Caucasian unity.

In the meantime, there were certain regional developments that were strengthening the expectations of the Chechens. According to a policy paper of the Russian Federation (RF), in the early 1990s integration in the North Caucasus was developing at full speed. Amongst the integrative attempts that were working towards regional unity, the most important was the Confederation of the Peoples of the Caucasus (CPC), which, following its active involvement in the Abkhaz–Georgian war, had enjoyed a remarkable level of support across the Caucasus.

The Russian military invasion of Chechnya at the end of 1994 was followed by a widespread belief – both in the West and in Russia – that the war would spread to neighbouring republics. The CPC’s active involvement in the Abkhaz–Georgian war was quoted as a precedent to that. However, to a keen observer it was apparent as early as 1992, that a large-scale Caucasian War – like the 30-year resistance (1829–59) led by the Naqshbandi-Khalidi Sufi order against Russian conquest of the Caucasus – was somewhat unlikely. The incompatible policy preferences of the CPC’s members and the lack of mutual understanding between the leaderships of the Confederation and of the Chechens, prevented a clear definition of the Confederation’s purpose. This fact was the most crucial handicap for its future. While the Chechens saw in it an important means towards independence, the leadership of the Confederation regarded it as a forum of regional cooperation, on the model of the European Union.5 As a result, the Confederation was inactive during the Chechen war and, after it, simply disappeared. Nevertheless, the reason the members of the Confederation avoided involving themselves in the Chechen war was not merely the disagreements between the Chechen and the Confederation’s leadership, but rather certain other factors that added to the sensitivity of the region. By questioning the activities of the Confederation, this chapter will thus analyse the changing dynamics of the region and their implications for the future.