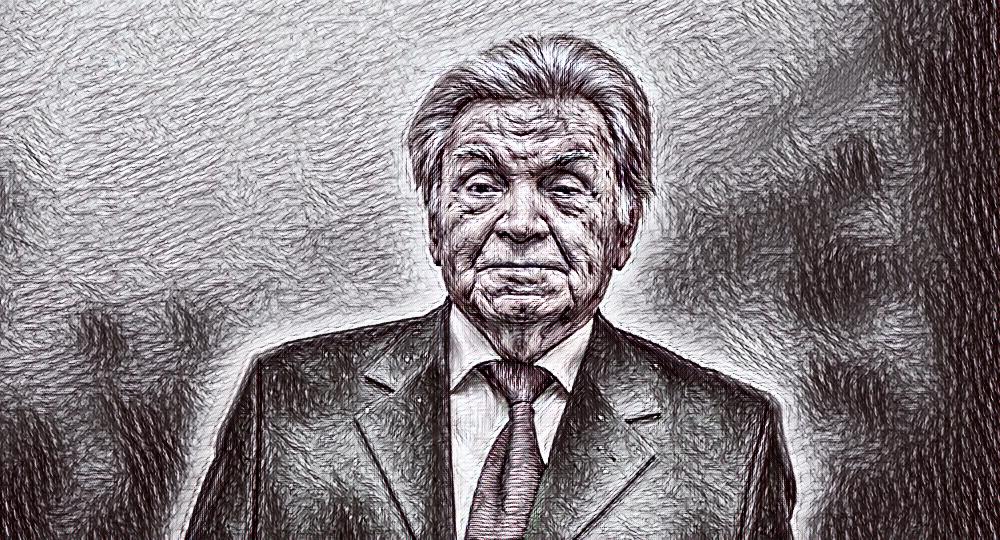 When I arrived in Tbilisi in September 1975, I asked Dee Ann Holisky, an American student of Georgian who was shortly to return to the United States after a year’s stay, to introduce me to any speakers of local languages she had met during her time in Georgia. Thus it was that I met two Abkhazians (room-mates Zaira Khiba and Aza Inal-Ipa) and a Circassian from Maykop (Alec Abregov, or alternatively Almir Abredzh). Alec, a historian, had studied in Nal’chik, where he had picked up Kabardian (Eastern Circassian), and, being a speaker of English, acted as my interpreter with the two young Abkhazian women (until, that is, Georgian became my means of direct communication with Zaira). By the end of my 10 month-sojourn, Alec had married Aza, and I had married Zaira. We all remained close friends, meeting up whenever Zaira’s and my presence back in the Caucasus permitted, until both Aza and Alec passed away. In the early years, my communications with Alec were mostly connected with questions relating to his mother-tongue, viz. (Western) Circassian (Temirgoi dialect). But, in the USSR’s dying years under Gorbachev local politics was to come to the fore.

From late 1988 I was following with growing alarm the rise of anti-minority, chauvinistic rhetoric emanating from Kartvelian intellectuals and activists (such as the Mingrelians Merab K’ost’ava and Zviad Gamsakhurdia or the Georgians Lovard T’ukhashvili and Revaz Mishveladze, to name a mere four of numerous offendeers). Given my family-attachment to the Abkhazians, I was particularly worried about possible consequences for Georgia’s Abkhazian population.

I personally came to prominence (some would say ‘notoriety’) as a result of my ‘Open Letter to the Georgian People’, which was composed in Georgian in May 1989, though it was not published until after the fatal clashes in Sukhum on the night of 15/16 July that year, appearing in the Georgian weekly Lit’erat’uruli Sakartvelo ‘Literary Georgia’ on 21 July. Its publication brought me instant obloquy from, as it seemed, the entire Georgian nation, whilst suddenly everyone in Abkhazia came to be aware of my existence, though previously my interest in the Abkhaz language was known to only a relatively small circle. Unbeknownst to me, Alec had become involved even earlier in Georgian-Abkhazian relations when he was one of the anonymous co-authors of the so-called ‘Abkhazian Letter’, an 87-page document sent on 17 June 1988 to the 19th All-Union Party Conference in Moscow. It set out long-standing Abkhazian grievances and called in its penultimate paragraph for “the removal of the Abkhazian ASSR from the makeup of the Georgian SSR and the restitution of Abkhazia’s status as a Soviet Socialist Republic, as it was proclaimed in the first years of Soviet power (1921-1931)”. Once this Letter became public knowledge, it only further inflamed anti-Abkhazian feeling amongst the already nationalistically-minded Georgians. 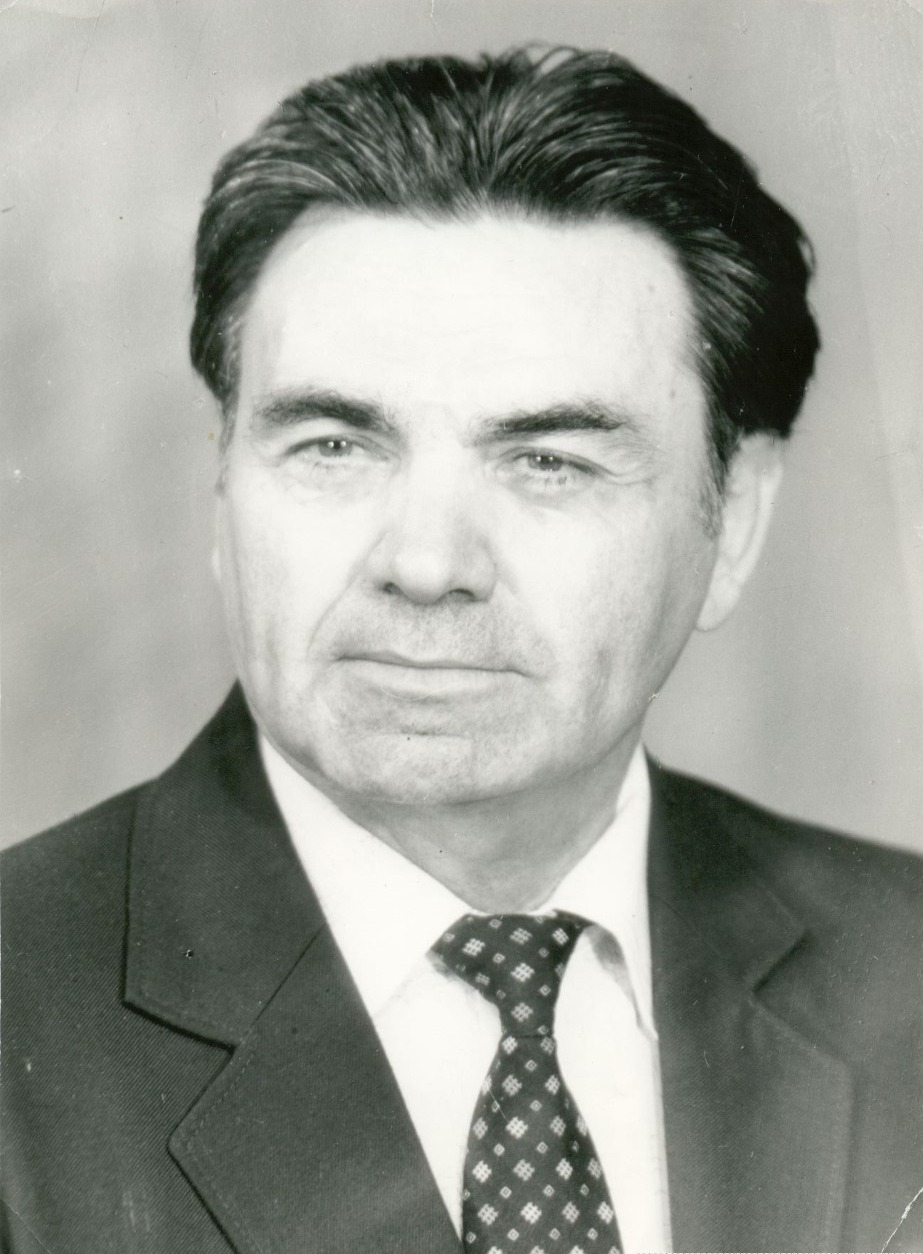 Since its inception Abkhazia’s National Forum Ajdgylara ‘Unity’ had been active in lobbying for support in the North Caucasus, and, in a demonstration of solidarity with their Abkhazian cousins, delegates representing Adygheans, Kabardians, Cherkess (these three being sub-groups of the Circassians), Abazinians, Chechens and Ingush (plus the Abkhazians themselves, of course) met in Sukhum on 25-26 August 1989 in the wake of the aforementioned July clashes and agreed to form the Assembly of Mountain Peoples of the Caucasus under the chairmanship of Kabardian Professor of Sociology, Yuri (Musa) Shanibov, sitting alongside whom Alec was to be seen during the sessions. The Charter of the Assembly was published in Ajdgylara’s Russian-language paper Edinenie ‘Unity’ on 25 October. The Assembly’s second congress was held in the Kabardian capital Nal´chik on 13-14 October 1990 with the additional membership of the Stavropol, Kuban and Don Cossacks. The third congress was again held in Sukhum on 1-2 November 1991, by which stage North and South Ossetians, along with a selection of the peoples of Daghestan, had joined. The participants ratified a document entitled ‘Treaty for a Confederative Union of the Mountain Peoples of the Caucasus’, the first Article of which proclaims the newly styled Confederation to be “the legitimate successor of the independent North Caucasian Republic (‘Mountain Republic’), created on 11 May 1918”.

The creation of the Assembly (later Confederation) in Sukhum in August 1989 was the first time I came across the name of Musa Shanibov, but thereafter I followed his and the Assembly/Confederation’s destiny with close attention. Some time after it had consolidated its reputation as a dominant force in the region and after the disintegration of the USSR, I attended a day’s seminar dedicated to the Caucasus at the UK’s Foreign & Commonwealth Office. In my contribution to the discussion I suggested in the presence of the then-Foreign Secretary Douglas Hurd that one perfectly possible positive British/Western measure might be to bring over leading members of society and societal institutions in the different areas of the Caucasus to see first hand how our/Western institutions (e.g. for education, banking, health-care, governance, etc..) function so that they could take back such knowledge to help build their own, post-Soviet structures, and I took the opportunity to name Musa Shanibov as one obvious candidate for inclusion. Needless to say, the British Government did nothing…

At the 1990 London conference of the European Caucasological Society, of which I was outgoing President, when it came to deciding where our next meeting in 1992 should be held, I managed to persuade the gathering NOT to agree with those proposing that Tbilisi was the obvious choice for the Society’s first meeting on actual Caucasian soil and to vote instead in favour of Maykop. Interested members duly assembled in Maykop in June 1992. By this time Alec Abregov, after living for several years in Sukhum, was once more residing in his native capital and was thus able to act as a kind of personal host. When those attending were massing for a group-photo, Alec took me aside, saying that someone wanted to meet me. This ‘someone’ was none other than Musa! Just as I had been observing from afar his activities for the Confederation, he had evidently been kept informed of my activities in London where I was attempting to counter the stream of Georgian propaganda by presenting the arguments for the Abkhazian defence. It was not long after we were introduced that a messenger arrived to alert Musa to some kind of flare-up in (I think) Ingushetia which required his immediate presence elsewhere. Before his departure, I took the opportunity to ask him if the Confederation would respond, should war break out in Abkhazia. He assured me that there would be a strong and swift response. And this was exactly what happened a mere six weeks after our conversation… 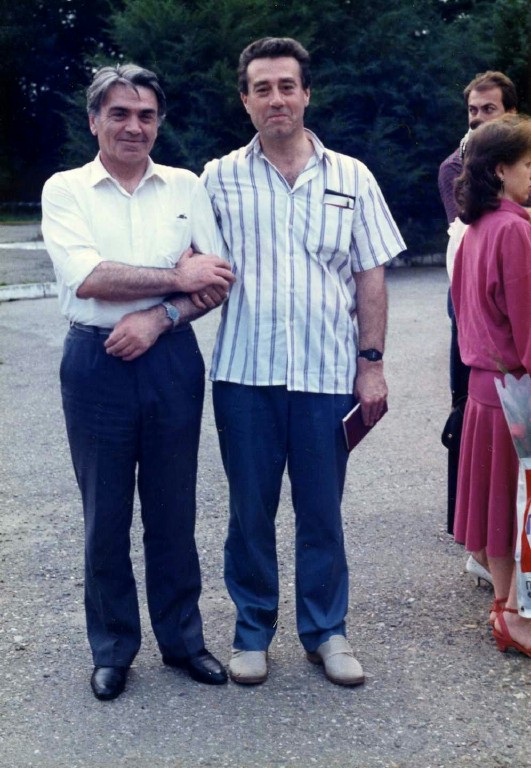 Under Musa’s leadership, early during the war the Confederation set up an HQ in Gudauta, where Abkhazia’s legitimate authorities had decamped after Shevardnadze sent in his invading forces NOT to secure the Moscow-Tbilisi/Erevan railway-line, as disingenuously claimed, but to quash the Abkhazians’ move to re-establish their territory’s full republican status, removed by Stalin in 1931. It was also in Gudauta that an Abkhazian Press-Centre was created to keep the world accurately informed of developments during the war. Whilst the large Abkhazian diaspora in Turkey organised volunteer fighters from not only Abkhazian but also Circassian communities across the Near/Middle East, the Confederation rallied fighters from across the whole North Caucasus (especially Circassians and Chechens) and, when Russia closed its border with Abkhazia over the R. Psou, infiltrated them across age-old mountain-passes. Such military support, coupled with financial resources from wealthy Abkhazians which facilitated the purchase of arms, was absolutely vital to secure the ultimate Abkhazian victory at the end of September 1993. That victory was won with hardly any Abkhazian family not having suffered a loss; Musa’s son was killed during the conflict and he himself was accidentally shot in the foot. 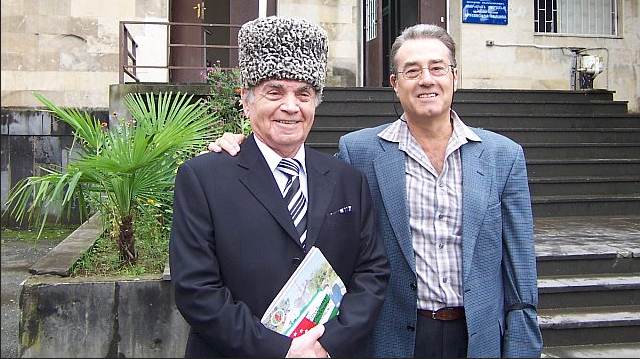 Several years passed before we met again — this time on the sea-front in Sukhum. We recognised each other at once and embraced like old comrades: I knew well of his contribution to Abkhazia’s achievement, whilst he apparently knew of the part I had played either in my own writings or by distributing among interested parties the war-reports that had been received during the war on an almost daily basis by fax from the Gudauta- or Moscow-based Abkhazian press-centres. We were to meet again a few times over the years in Sukhum — the accompanying photos capture the first meeting (Maykop 1992) and one of the later occasions (Sukhum 2008).

Musa Shanibov proved himself to be a true son of Circassia and worthy ‘Hero of Abkhazia’. His name will never be forgotten among Abkhazians and Circassians or indeed across the whole North Caucasus. I can honestly say that I feel privileged to have known him as a friend and colleague for the last 28 years of his life. May he rest in peace.

George Hewitt is Emeritus Professor of Caucasian languages at the School of Oriental and African Studies, a fellow of the British Academy and the honorary consul for Abkhazia to the UK.