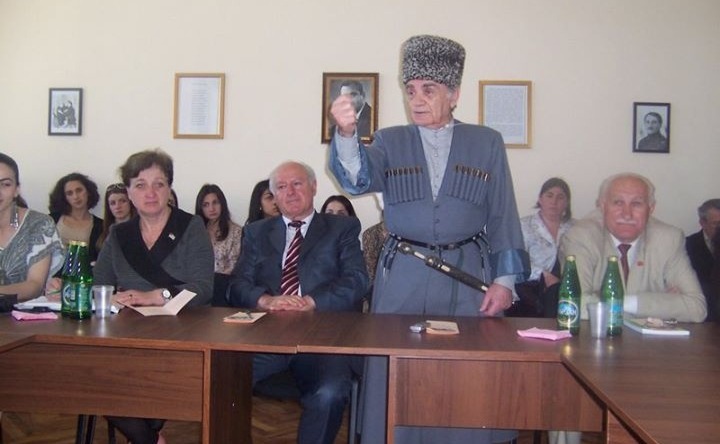 Confederation of Mountain Peoples of the Caucasus Veterans’ Council Chairman Musa Shanibov warns against a strident confrontation between political forces in Abkhazia.

Frequent pre-term changes of the top leadership of a country do not take place only in young political systems. This happens even in countries that have democratic traditions dating back for centuries. That is why such a young state as Abkhazia was unable to avoid political convulsions, reads Shanibov’s address to the Abkhaz people, political parties, public organizations, and to the parliament and government of Abkhazia.

“Young and mature societies have different ways of overcoming such crises and convulsions. And the ideology, the practical forms and methods of getting out of extreme situations are the criterion of the growth of political culture in young societies, in this case the Abkhaz one,” Shanibov considers.

He evaluated highly the fact that “the president and prime minister resigned at the demand of the opposition in order to avoid serious complications.” “Such behaviour on the part of the country’s two top officials should be recognized as worthy of mature, responsible political figures. To its credit, the republic’s parliament found the most logical way out of the situation that had arisen and scheduled pre-term presidential elections,” the address notes.

In his words, Abkhazia has acquired the possibility to prepare actively for the elections and for the unconditional acceptance of their outcome, and “the unity of the people of Abkhazia reached in that way will be the main factor in the more successful and accelerated development of the republic.”

The Confederation of Peoples of the Caucasus Veterans’ Council chairman is concerned by dangerous tendencies, specifically, the intolerance, annoyance and wrath of the political opponents. In Shanibov’s words, implacable political confrontation is fraught with huge complications in future, [and could lead to] a split within society and distract it from the crucial problems of Abkhazia’s development.

Musa Shanibov warns everyone that such advisors as annoyance and wrath are fatal not just to the nation’s reason, but to its conscience. Both the opposition sides and those who watch them passively must understand that in the final analysis giving vent to one’s feelings and anger lead to deep-rooted personal enmity. He calls on the various political forces and public groups in Abkhazia to end the relentless confrontation immediately.